The Central Reserve Police Force (CRPF) on Saturday commenting about blast incident near Banihal in Jammu and Kashmir said that the car caught fire and slight damage was caused in the rear of one of the CRPF vehicle while the convoy was on move. However, no injuries were caused to any of the CRPF personnel. The incident is being investigated, CRPF said in a statement.

There were more than 40 CRPF personnel travelling in the bus, according to reports. The driver is absconding and the Jammu and Kashmir Police have started investigation into the incident. 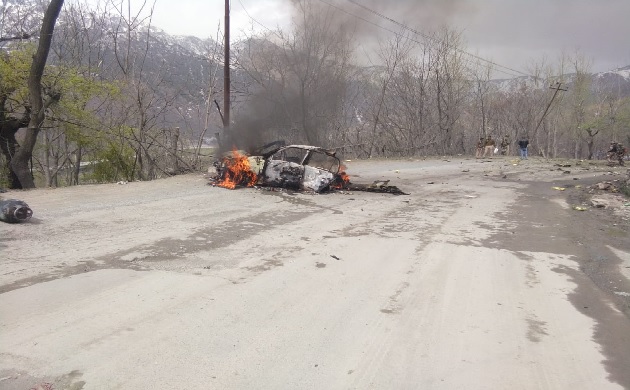 Earlier it was speculated that it was another Pulwama kind of attack. On February 14, at least 42 CRPF personnel were killed in one of the deadliest terror attacks in Jammu and Kashmir's Pulwama district when a Jaish suicide bomber rammed a vehicle carrying over 30 kg of explosives into their bus in Pulwama district that also left many critically wounded.

More than 2,500 Central Reserve Police Force personnel, many of them returning from leave to rejoin duty in the Valley, were travelling in the convoy of 78 vehicles when they were ambushed on the Srinagar-Jammu highway at Latoomode in Awantipora in south Kashmir.