Tamil Nadu BJP has gifted a razor to the former chief minister of the erstwhile state of Jammu and Kashmir after his bearded photo went viral on the internet. It was the first picture of the 49-year-old Omar Abdullah in public domain after five months of captivity. It showed him smiling in a snow-covered jacket and sporting an unkempt salt-and-pepper beard.

Tamil Nadu BJP tweeted a screengrab of the order with a caption: "Dear @OmarAbdulla, It's very disheartening to see you like this while most of your corrupt friends are enjoying life outside."

"Kindly accept our sincere contribution, in case of any assistance feel free to contact ur counterpart @INCIndia for further help in this regard," the tweet further read. The tweet was, however, deleted within an hour. 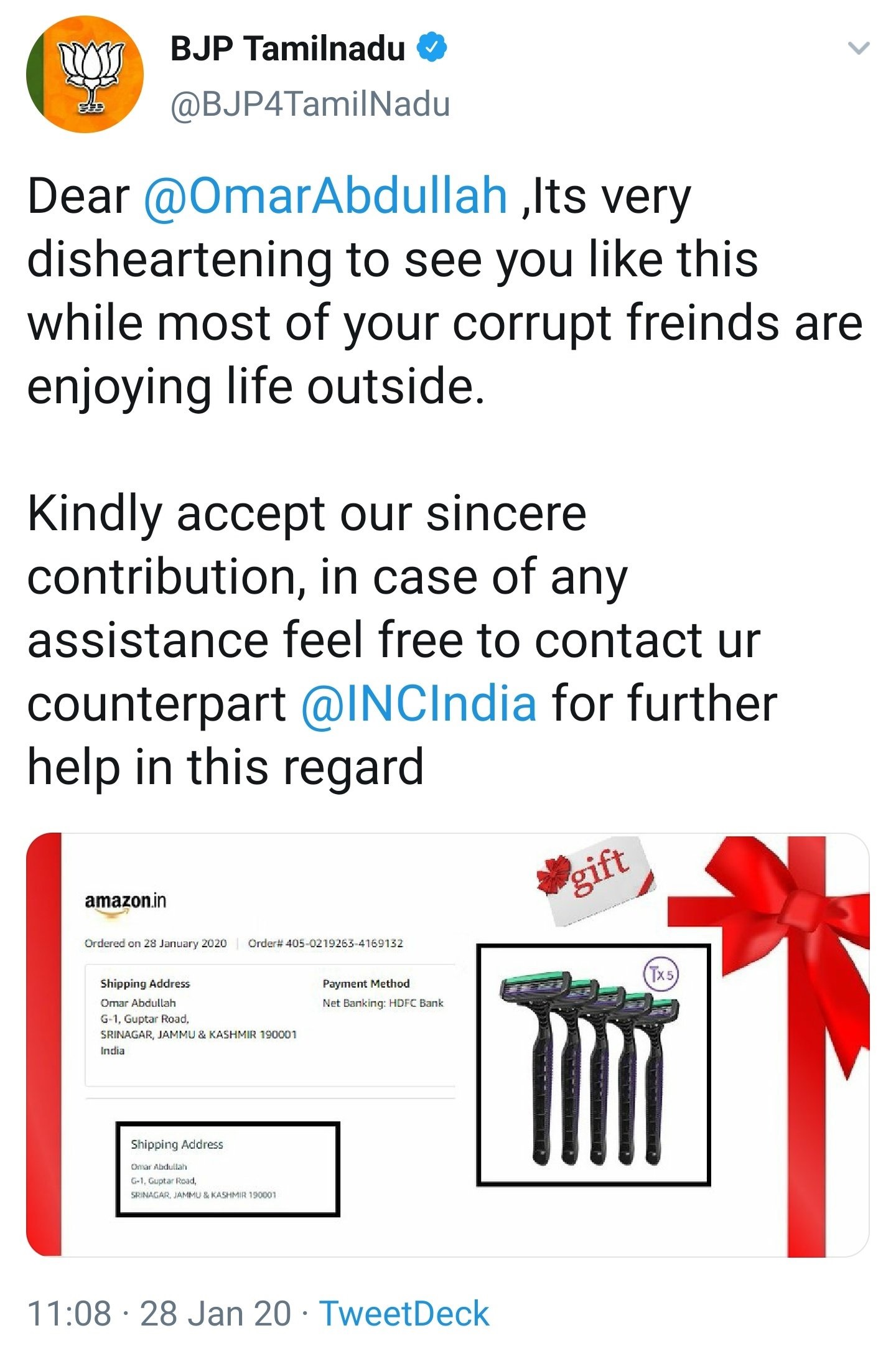 The tweet by Tamil Nadu BJP comes hours after Union Minister Giriraj Singh who took a dig at the former CM on Twitter. "We have removed Article 370 and 35-A, not razors," he tweeted.

Abdullah is among the three former chief ministers of the erstwhile state who continue to be in custody since August 5 when the Centre abrogated the special status of Jammu and Kashmir under Article 370 and divided it in two union territories.

CPI(M) General Secretary Sitaram Yechury said it pointed to a "very disturbing fact" about the government.

“This picture points to a very disturbing fact about the central government. A former CM, who is also a former Union minister, has been detained for months without any charge. And he and his party have been the biggest votaries of India,” Yechury said, retweeting a post that had Abdullah's photograph.