Thawani, Who Represents The Naroda Assembly Constituency In Ahmedabad, Has Apologised Over The Incident.

The Bharatiya Janata Party (BJP) on Monday issued a show-cause notice to its Gujarat MLA Balram Thawani who was caught on camera thrashing a woman NCP leader, and asked to respond in three days.

The BJP MLA, Balram Thawani, was caught on camera thrashing and kicking NCP woman leader Neetu Tejwani, who had approached him for resuming water supply to her locality in Ahmedabad district. Thawani, who represents the Naroda Assembly constituency in Ahmedabad, has apologised over the incident. 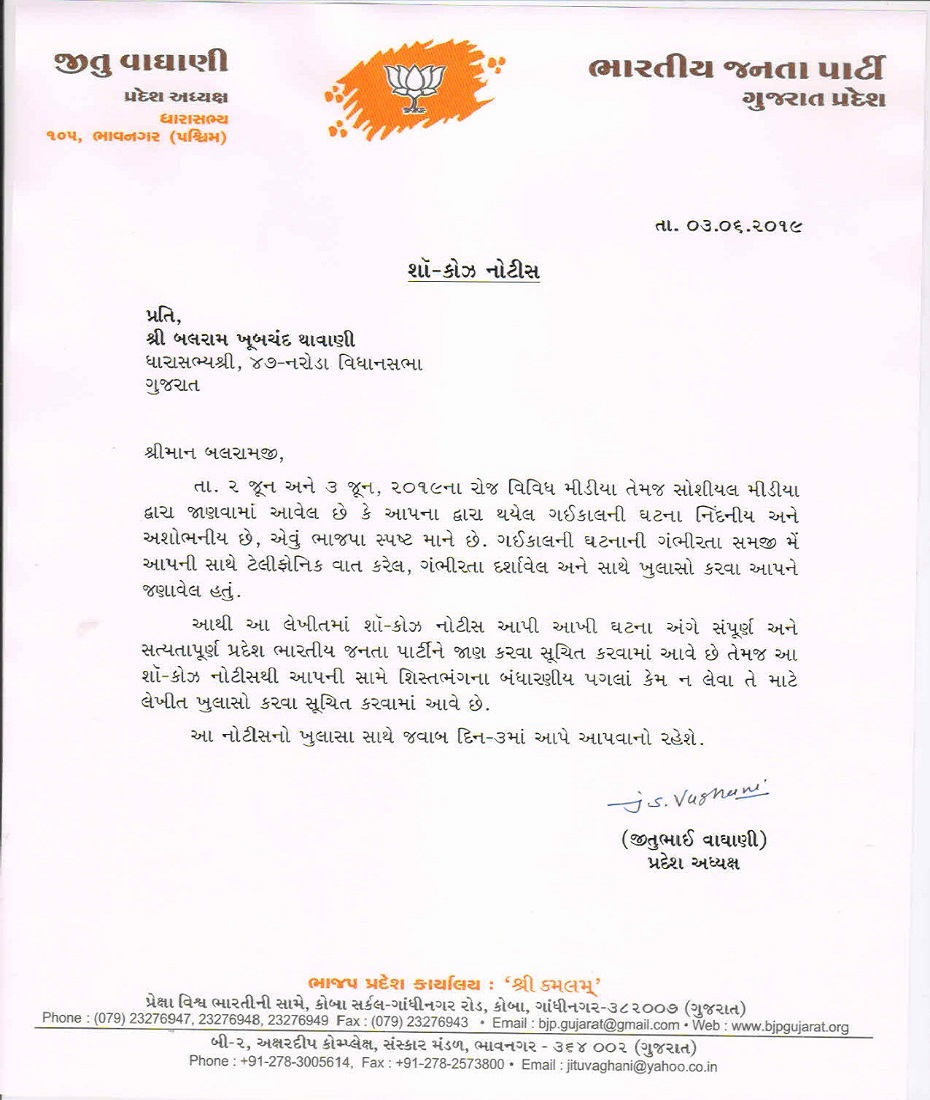 The NCP on Monday condemned the assault on its woman leader and asked if "jungle raj" prevailed in the neighbouring state even as the opposition party called for the legislator's arrest.

NCP's chief spokesperson Nawab Malik, however, said an apology was not going to suffice in such a matter and that the law must take its course against the ruling party MLA and his supporters.

"BJP leaders and their supporters have become uncontrollable after the party's poll victory. A woman has been thrashed. Is it some jungle raj?" Malik asked.

"We demand that a case be registered and the MLA arrested. Apologising won't suffice, it is no petty matter. The law should take its course," he added.

Malik warned the Sharad Pawar-led the party would stage protest if Thawani was not arrested.

Sule said violence is not acceptable in a democracy.

"In a democracy every individual has the right to protest, and the use of violence to quell the voice of opposition is unacceptable...," Sule said in a tweet.

Latching onto the incident, Leader of the Opposition in the Maharashtra Legislative Council Dhananjay Munde of the NCP alleged the BJP government's 'Beti Bachao Beti Padhao' scheme, aimed at empowering girls, was a "pretence".

Munde said Thawani's attitude showed the "BJP's culture" and called for his suspension.

The video of the incident, which took place Sunday, went viral on social media.

The ruling BJP said it condemned the incident and had asked Thawani to apologise.