Hello and welcome to Sunday's live blog. From politics to sports to entertainment, the Internet is buzzing with the breaking news and headlines from across the globe. While people around the world will celebrate Father's Day to make their dad and father-in-law feel special, World Cup fever sweeps the nation with India vs Pakistan match scheduled to take place in Old Trafford, Manchester, today. Here in this segment, News Nation brings you live news from all corners of the world. The latest stories will appear in our live blog below - so keep scrolling down.

11:20 pm: Delhi Police: Kulbeer, a personnel of Delhi Police committed suicide at his residence in Kanjhawala, today. Cause of suicide yet to be ascertained.Â

10:30 pm: Cricketer Ishan Kishan's brother was attacked in Patna. He was stabbed on his hands. Case filed

#4:30 pm:Â Death toll due to Acute Encephalitis Syndrome (AES) in Muzaffarpur rises to 93.

#4:15 pm: At leastÂ 17 people have died due to heat stroke in Gaya, as per a record of Anugrah Narayan Magadh Medical College in Gaya, Bihar. 11 people died during treatment while 6 were brought dead to the hospital. 44 patients are undergoing treatment at the hospital after heatstroke

#4:10 pm:Â Junior doctors of #NRSMedicalCollege and Hospital, Kolkata, West Bengal, after a general body meeting: We want immediate end to this impasse by discussion with the CM, which, to maintain transparency, shouldn't be behind closed doors, but open to media under camera coverage.

#3:50 pm:Â Delhi: BJP leaders arrive for the BJP parliamentary party executive committee meeting ahead of the first day of the parliament session of the 17th Lok Sabha, tomorrow.

#02:30 pm:Â Prime Minister wants to build team spirit in the Parliament, so he has called a meeting of all Lok Sabha and Rajya Sabha MPs on June 20th, Joshi said.

#02:24 pm:Â Parliamentary Affairs Minister Pralhad Joshi: Prime Minister has called a meeting of Presidents of all political parties represented in Parliament on 19th June.He would like to discuss important issues including One Nation, One Election and 150th birth anniversary of Mahatma Gandhi.

#02:17 pm:Â Union Parliamentary Affairs Minister Pralhad Joshi after all-party meeting: We have received suggestions from opposition parties as well as our allies. Prime Minister made concluding remarks that there are several new faces in the parliament and new thoughts should come with them.

#02:06 pm:Â Parliamentary Affairs Minister Pralhad Joshi writes to Presidents of all political parties represented in Parliament to attend a meeting on 19th June, where PM Narendra Modi will also be present.

#01:14 pm:Â Indian and Pakistani fans cheer for their respective teams outside Old Trafford stadium in Manchestar ahead of India Vs Pakistan match later today.

#01:08 pm:Â Prime Minister Narendra Modi arrives at Parliament to attend the ongoing all party meeting, ahead of the first Parliament session of 17th Lok Sabha tomorrow.

#12:38 pm:Â Pakistan airspace will remain closed for all overflying (transit) flights till 28 June 2019.

#12:33 pm:Â The matter (Ayodhya case) is in court for a long time. The government is strong now and we all are together. Modiji has the courage to take the decision. If the government takes the decision to build Ram Temple there will be no one to stop it, saysÂ Thackeray. 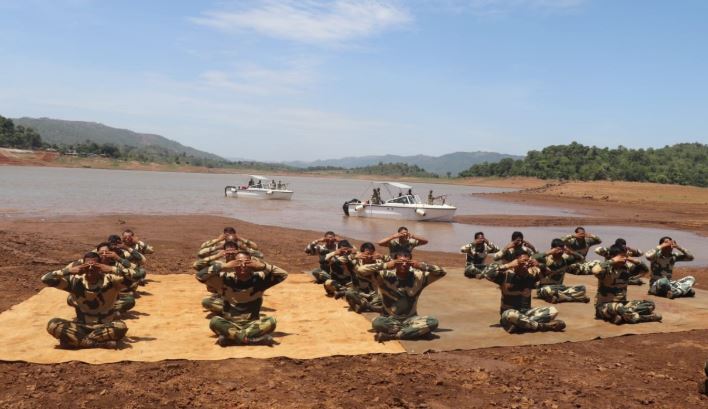 #11:47 am:Â Shiv Sena chief Uddhav Thackeray in Ayodhya: From tomorrow Lok Sabha Session will begin so before entering the Parliament all Shiv Sena MPs have come here to take the blessings of Ram Lalla. We strongly believe that temple will be constructed at the earliest.

#11:23 am:Â All party meeting begins at the Parliament, ahead of first Parliament session of the 17th Lok Sabha tomorrow.

Delhi: All party meeting begins at the Parliament, ahead of first Parliament session of the 17th Lok Sabha tomorrow. https://t.co/Ei44tciW4s

#11:01 am:Â Suresh Sharma, Bihar Minister on death in Muzaffarpur due to Acute Encephalitis Syndrome (AES): Government has been working from the beginning. There is no lack of medicines. However, there are lack of beds and ICUs as compared to the emergency situation at present.

#10:35 am:Â Embassy of India in Kathmandu organised a yoga event to celebrate the 5th International Day of Yoga, at Nepal's Namche Bazaar-gateway to Mount Everest. 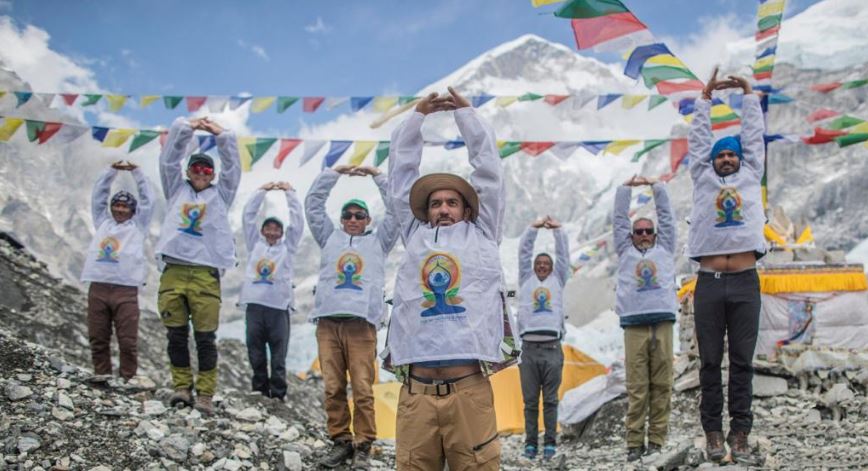 #10:20 am:Â Father of a patient admitted at Sri Krishna Medical College and Hospital in Muzaffarpur: There are no arrangements here; doctors are not paying proper attention. Every hour, more children are dying. Since 12 midnight, there are no doctors, only few nurses are on duty.

#09:23 am:Â Union Health Minister Dr Harsh Vardhan in Patna on death of 12 people due to heat stroke in Gaya: It's very unfortunate that people have died due to heat stroke. I advise people to avoid moving out of house till temperature reduces. Intense heat affects brain and leads to various health issues.

#06:50 am:Â A self styled godman, Azam, was arrested in Hyderabad, Telangana, yesterday for raping a 19-year-old girl on multiple occasions. He has been sent to judicial remand.

#06:49 am:Â A 42-kg turtle of a rare variety was found during construction of Biju Expressway near Bhimkhoj Pada Road in Dharamgarh of Odisha's Kalahandi district, yesterday. Forest officials reached the spot and rescued it. 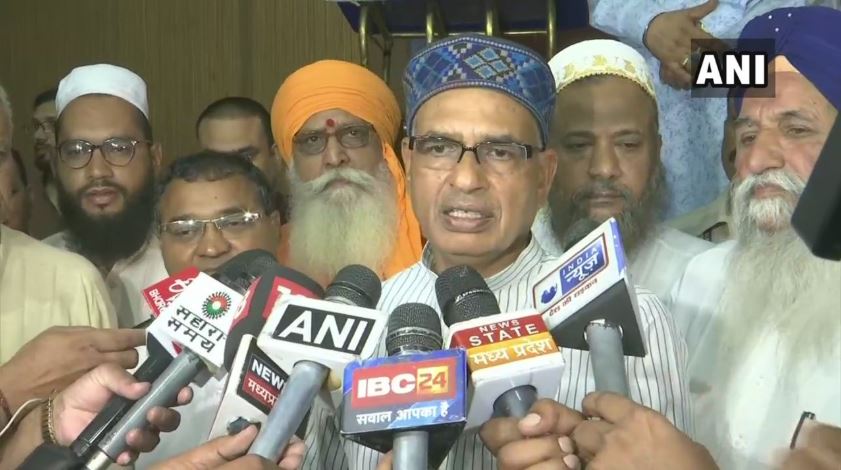 #06:32 am:Â A cow was produced before a local court in Jodhpur, Rajasthan, yesterday in connection with dispute over its ownership. 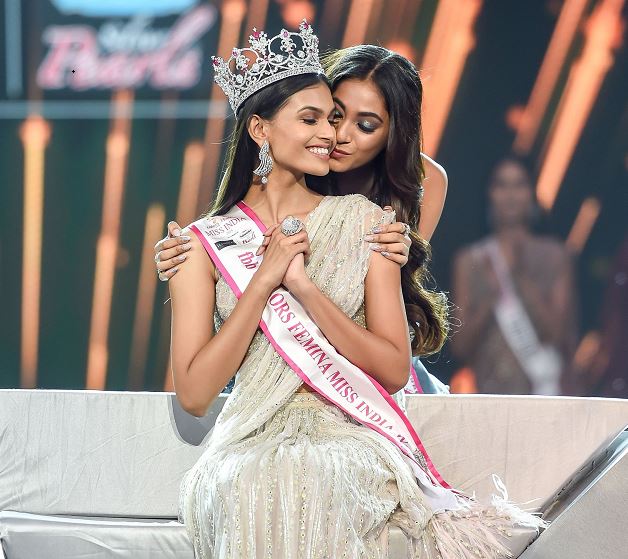 #06:21 am:Â 12 people died due to heat stroke at Anugrah Narayan Magadh Medical College in Bihar's Gaya. DM says "Out of the 12, 7 were from Gaya, 2 from Aurangabad, 1 from Chatra, 1 from Sheikhpura and 1 from Nawada. 25 patients are admitted here, efforts on to bring them back to normalcy".