Hello and welcome to Friday's live blog. From politics to sports to entertainment, the Internet is buzzing with the breaking news and headlines from across the globe. While people across India get into celebratory mood with the festivity of Ganesh Chaturthi, tensions continue to escalate with neighbouring Pakistan over the abrogation of Article 370 early this month. Here in this segment, News Nation brings you live news from all corners of the world. The latest stories will appear in our live blog below - so keep scrolling down.

12 am: In a series of appointments, the Prime Minister’s office (PMO) inducted five officers, including a joint secretary, three deputy secretaries and a director on Friday. The development follows the appointment of P K Sinha as Officer on Special Duty (OSD) in the PMO. Sinha superannuated as cabinet secretary on Friday.

11.45 pm: Amidst heightened tensions with India, Pakistan Prime Minister Imran Khan said on Friday that his country is fully prepared to tackle any misadventure by India. "The whole world should have stood with Kashmir. But today I have to say, with sadness, that when there is injustice against Muslims, then the international community, and those institutions like the UN that are to provide justice, remain silent," Khan said while addressing a gathering.


11.30 pm: Supreme Court on Friday said the woman law student, who had gone missing after levelling harassment allegations against former Union minister and BJP leader Swami Chinmayanand and found in Rajasthan, will be kept in the national capital under full security. The woman was produced before the apex court judges who said she has expressed desire not to go to her home state, Uttar Pradesh.

11 pm: Kamal Nath is the current PCC (Pradesh Congress Committee) president, the post is not vacant. We will see when a decision will be taken, says Digvijaya Singh.

10.30 pm: Assam DGP on publication of final NRC list tomorrow: We are making a good use of social media to reach out to public. If anybody comes up with hate post or wrong messages, we've told local OCs (Officer-in charge) that they not be allowed to do such things & legal action be taken.

10 pm: Directorate of Revenue Intelligence on 28 August, arrested 5 Taiwanese nationals at Indira Gandhi International Airport (Terminal 3) and seized US$ 449600 (Rs 3,25,51,040) from their possession. They were sent to 14-day judicial custody after being produced before a court.

9.20 pm: Senior Karnataka Congress leader DK Shivakumar on Friday appeared before the Enforcement Directorate (ED) for questioning in a money laundering case, officials said. He arrived at the agency's headquarters in Lok Nayak Bhawan, Khan Market, around 6:30 pm and was accompanied by his supporters.

9 pm: The Ministry of External Affairs (MEA) on Friday said India has shared the concerns with Pakistan over Sikh girl’s abduction, conversion to Islam and a forced marriage to a Muslim man. “Ministry has received a number of representations from various quarters of civil society in India, at reports of the incident of abduction and forced conversion of a minor Sikh girl in Pakistan. We have shared the concerns with Pakistan government and asked for immediate remedial action.” News agency ANIquoted MEA as saying.

8.30 pm: CBI carries out joint surprise checks at 150 places across country against corruption.

8 pm: Ten students sustained injuries after the school bus they were travelling in, skidded off a bridge in Kammapalli village of Andhra Pradesh's Nellore district, earlier today. The injured are undergoing treatment at a govt hospital.

6.20 PM: The Election Commission has issued notices to six political parties asking why their status should not be revoked, according to sources. All the six parties under the EC scanner are state based. Rashtriya Lok Dal (RLD), Pattali Makkal Katchi (PMK), Revolutionary Socialist Party (RSP), Telangana Rashtra Samithi (TRS), People's Democratic Alliance (PDA) and Mizoram People's Conference (MPC) are failing to fulfil the conditions necessary to be labelled as state parties. However, as per EC, these parties will be given a chance to submit their explanation, news agency ANI reported.

5.55 pm: After serving the PMO assiduously and diligently for over five years and making an indelible contribution to India’s growth trajectory, Shri Nripendra Misra Ji will be embarking on a new phase of his life. My best wishes to him for his future endeavours. Shri Nripendra Misra is among the most outstanding officers, who has a great grasp of public policy and administration. When I was new to Delhi in 2014, he taught me a lot and his guidance remains extremely valuable.: Prime Minister Narendra Modi

Nripendra Mishra, Principal Secretary to the Prime Minister expressed his intention to be relieved of his assignment. Prime Minister has requested him to continue for two weeks, further the PM has also appointed PK Sinha (retired IAS officer) as Officer on Special Duty in the PMO: ANI

02:45 pm: Sheena Bora murder case: Peter Mukerjea being brought back to Arthur Road jail after hearing in a Mumbai Court.

02:34 pm: "Dear Mr Modi, After your visit to Guruvayur - a huge flood visited Kerala, causing death and destruction. A timely visit then would have been appreciated. Kerala is suffering and still awaits a relief package, like those given to other flood hit states. This is unfair," tweeted Congress Wayanad MP Rahul Gandhi.

01:45 pm: Supreme Court directs Uttar Pradesh government to produce the before it the law students, who has accused BJP leader and former Union Minister Swami Chinmayanand of sexually harassing her.

01:00 pm: BJP MP Subramanian Swamy, the complainant in the National Herald case, partly cross-examined today by the lawyers of Congress leaders. Further cross examination to be held on 28 September.

12:42 pm: A District Reserve Guard(DRG) jawan was injured in an IED blast by Naxals in Chhattisgarh's Bijapur district.

12:00 pm: Ambati Rayudu in a letter to Hyderabad Cricket Association: I would like to come out of retirement and play cricket in all formats.

11:45 am: Congress leader Ashok Dangi from Datia, Madhya Pradesh has issued a press note saying, "if Jyotiraditya Scindia is kept away from state politics then he (Dangi) along with 500 people will resign from the party."

10:46 am: A group of people attacked BJP MP Dilip Ghosh and BJP workers at Lake Town, Kolkata today, when he was out for his morning walk and to take part in 'Chai Pe Charcha'.

10:40 am: This is a new India where surnames of the youth don't matter, what matters is their ability to make their own name. New India isn't about voice of select few but each Indian. This is an India where corruption is never an option, whoever the person is - competence is the norm: Prime Minister Narendra Modi.

10:30 am: Pakistani delegation has arrived at the Zero Point of Kartarpur Corridor, for technical meeting with India over the ongoing project. 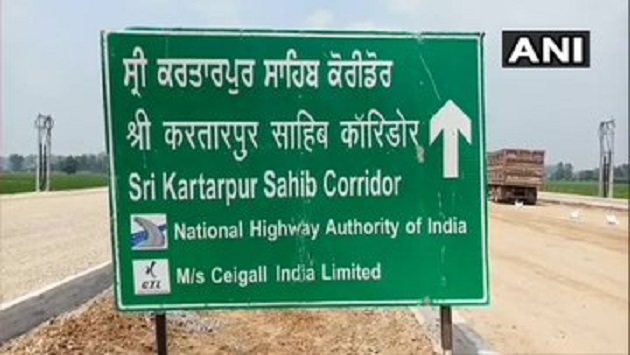 10:15 am: Amrapali real estate case in Supreme Court: ML Lahoty, advocate for many Amrapali home buyers, submits the list of 6056 home buyers in 6 different Amrapali projects to the court for registration of their deeds by Noida and Greater Noida authorities as directed by the Top Court on August 26.

10:06 am: One person killed, two seriously injured after portion of a three-storied building collapsed in Badli area of Delhi early morning today.

09:45 am: Bihar Government has banned wearing jeans and t-shirts in the secretariat for all employees. Employees have been ordered to wear sober, simple, comfortable clothes in office.

09:10 am: Technical meeting between India and Pakistan to be held today at the Zero Point of Kartarpur Corridor.

08:50 am: Congress leader DK Shivakumar on being summoned by Enforcement Directorate: I have requested Court that it's a simple Income Tax matter. I have already filed ITR. There's no Prevention of Money Laundering (PMLA) Act. Last night, they summoned me to come to Delhi by 1 pm. I'll respect law.

08:25 am: Leading Hong Kong democracy activist Joshua Wong arrested a day ahead of the planned march.

08:00 am: Army Chief General Bipin Rawat to visit Srinagar today to review the security situation and preparedness of security forces to deal with the situation in Kashmir valley.

07:50 am: The Noida authority yesterday cut water and sewer connections to eight malls, including The Great India Place in sector 38A and Logix City Centre Mall in Sector 32 in Noida for non-payment of dues.

07:40 am: Final touch-ups being done of Khairatabad Ganapathi idol, one of the tallest idols that is built in different shapes and sizes every year. This year, the idol is 61-feet tall. Face of the idol is like sun, with 12 heads, 24 hands and 7 horses in Suryudu Avatar. 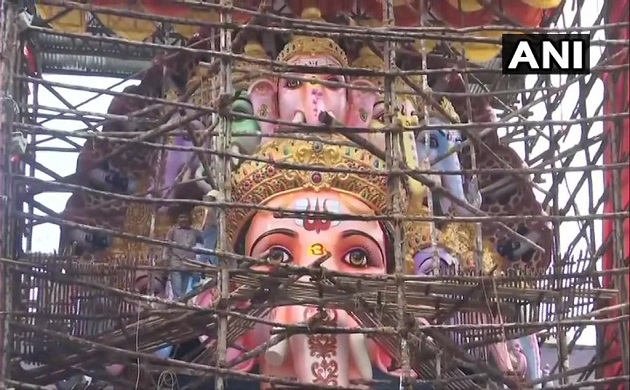 07:37 am: The road construction of the Kartarpur Corridor continues smoothly in Gurdaspur. Construction Office Joginder Singh says, "some issues occurred recently between the contractors and labourers over the latter's payment. That has been sorted. Work will complete on time".

07:33 am: WATCH: Railway Protection Force (RPF) personnel saves a man from being pulled under a moving train at Nampally Railway Station in Hyderabad.

07:30 am: Due to excessive rains in the Bengaluru Airport area, some water seeped through the external wall into the terminal building yesterday. BIAL spokesperson said "the breach was identified and the area was subsequently repaired and cleaned".