Hello and welcome to Sunday's live blog. From politics to sports to entertainment, the Internet is buzzing with the breaking news and headlines from across the globe. While the JD(S)-Congress government in Karnataka plunged into a crisis, with 14 MLAs of the alliance submitting their resignation to the Speaker, the World Cup fever sweeps the nation, where cricket rules the hearts of millions. Here in this segment, News Nation brings you live news from all corners of the world. The latest stories will appear in our live blog below - so keep scrolling down.

9.00 pm: A girl committed suicide by hanging herself from the ceiling fan at a hotel in Paharganj, earlier today, allegedly after she had a fight with her male friend who was staying with her at the hotel.

Mizoram: 26 exotic birds were found and rescued in a joint operation of Border Security Force (BSF) & Directorate of Revenue Intelligence (DRI) in Khamrang yesterday. 8 Indian Nationals arrested. These birds were smuggled from Myanmar and were being taken to Kerala. pic.twitter.com/NkfH4kJ1EJ

5.15 pm: Congress MLA from Bellary Rural B Nagendra has been called by Congress leaders to Windsor Manor Hotel in Bengaluru.

5.00 pm: Murlidhar Rao, BJP on Congress saying BJP is behind the present political situation in Karnataka: This is nonsense. It's baseless allegation. By making allegations against another party that has nothing to do with internal affairs of Congress, they're not going to gain anything.

Maharashtra Youth Congress workers including its vice-president
Suraj Singh Thakur have been detained by police during their protest outside Sofitel hotel asking #Karnataka Congress MLAs to take back their resignation. pic.twitter.com/qLuXQVSqBF

4.17 pm: CM Yogi has reviewed the progress of Gorakhpur Division and has directed that SDM Sadar Maharajganj Satyam Mishra be removed from his post due to poor performance. He has directed 2 ExEn of Power Dept at Padrauna be removed and he has further expressed his displeasure on the working of the CMO and Dy CMO of Deoria, Kushinagar and Maharajganj and has called for their explanation on their poor performance.

#03:06 pm: It is being said by the moderate faction of Hurriyat, that they are ready to talk. If Hurriyat is ready today to talk then Central govt should use this opportunity and must initiate to have a dialogue with Hurriyat, says PDP chief Mehbooba Mufti.

#02:48 pm: Mumbai Congress President Milind Deora tenders his resignation from his post. He has also proposed a three member panel to lead Mumbai Congress for the upcoming Maharashtra Assembly elections.

#02:32 pm: Maharashtra BJP Vice President and MLC, Prasad Lad on being asked about political situation in Karnataka: I know about it only through media. I am busy with the party membership drive.

#01:14 pm: A car bomb in central Afghanistan has killed three people and wounded 72 others, many of them students attending a nearby school.

#01:00 pm: A man in an inebriated state stabbed his mother to death in Model Town area last night, after she allegedly did not give him the money to purchase liquor. He later surrendered before the Police.

#12:34 pm: BJP is behind all these defections. It is Operation Kamala...Everything is fine. Don't worry. Govt will survive, there is no threat to the govt: Siddaramaiah on political situation in Karnataka.

Congress leader Siddaramaiah on political situation in #Karnataka : This clearly shows that BJP is behind all these defections. It is Operation Kamala...Everything is fine. Don't worry. Govt will survive, there is no threat to the govt. pic.twitter.com/3ZjPPj7IS8

#12:00 pm: Union Minister and BJP leader Pralhad Joshi on political situation in Karnataka: Congress party as a whole is trying throw out HD Kumaraswamy. It's Congress party's game plan to out HD Deve Gowda and family. Siddaramaiah is responsible, also some senior Congress leaders are involved in it.

#10:21 am: Tamil activist T Mugilan, who went missing five months ago, was detained by police at Tirupati railway station yesterday. He had protested against government projects and had alleged the involvement of top police officials in the violence during anti-Sterlite protest.

#09:46 am: Congress leader Mallikarjun Kharge to address media at 10 am today.

#09:30 am: Members of a youth cricket club in Ranchi celebrate the birthday of cricketer Mahendra Singh Dhoni, who turned 38 today. 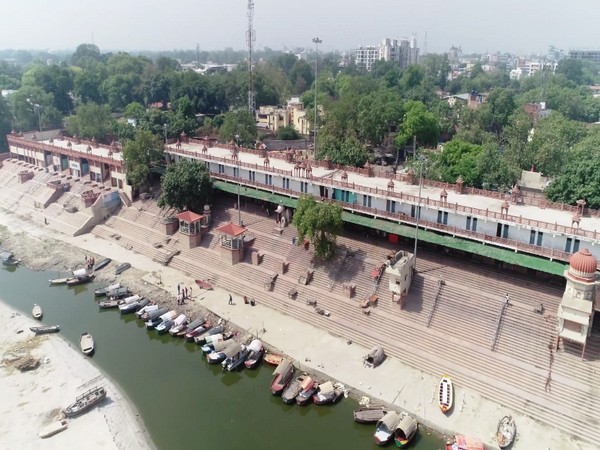 #08:34 am: ITBP personnel administering oxygen to pilgrims of Amarnath Yatra in Jammu and Kashmir's Baltal route. More than 50 pilgrims have been administered oxygen. 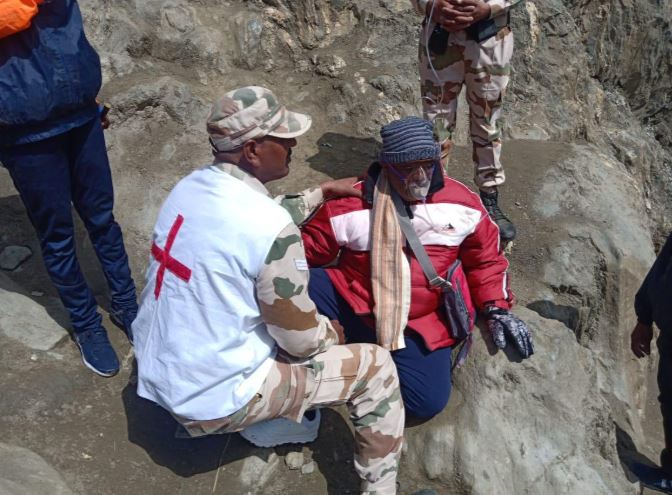 #08:17 am: Three people killed, one injured in collision between a car and truck at Maharashtra's Dehuroad on Pune-Bengaluru highway, today. 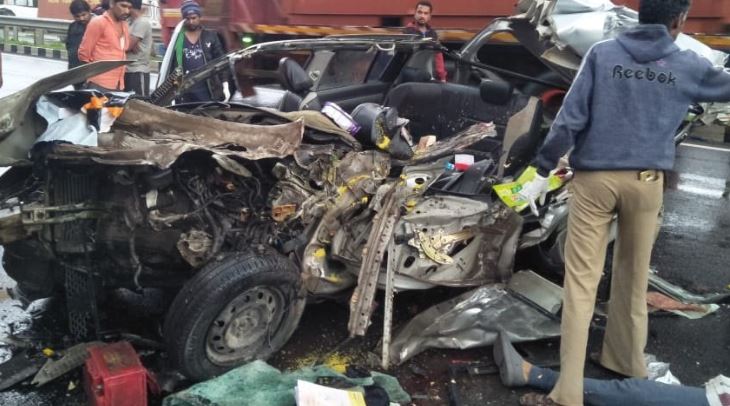 #08:02 am: Search operation at Tiware Dam in Ratnagiri, by NDRF, enters fifth day. So far 19 bodies have been recovered, 4 are still missing. 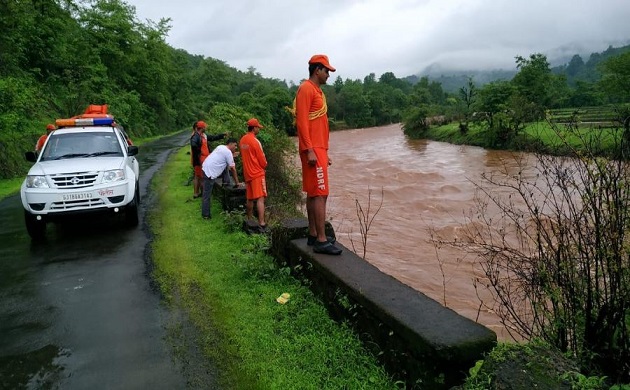 #07:45 am: Visuals from outside Mumbai's Sofitel hotel, where 10 Karnataka Congress-JD(S) MLAs, who tendered their resignations yesterday, are staying.

#06:57 am: Dr Rajiv Gupta, Managing Director of Amritdhara Hospital in Karnal who was shot at by bike-borne assailants yesterday in Sector 16, Haryana, later died in hospital. Police investigation underway.

#06:52 am: Toilets build under the Swachh Bharat mission in a village of Madhya Pradesh's Seoni are not fit to be used. Locals say,"the toilets were not built properly so its unusable. We are compelled to defecate in the open. We have complained a lot but nothing has happened".

#06:50 am: At least nine children were injured after a dog attacked them near Girls' High School in Visakhapatnam's Anakapalle yesterday. Injured have been admitted to hospital.

#06:47 am: US envoy for North Korea to embark on two-nation Europe visit for denuclearisation talks.

#06:44 am: A 75-year-old woman was allegedly set on fire by her son following a family feud in Belapada, Balangir, Odisha. Police says,"the accused had run away hitting his father and setting his mother on fire in which she died. We have arrested the accused".

#06:38 am: In the wake of AES outbreak, Assam government keeps leaves of doctors, paramedics on hold.

#06:33 am: From this January to July 5, a total of 49 deaths and 190 positive cases of Japanese Encephalitis (JE) have been reported. All districts of Assam except Kokrajhar district are currently under the influence of JE, according to a data released by the Assam government.

#06:30 am: Seven persons were injured after fire broke out at Jharsuguda unit of Vedanta Aluminium Limited in Odisha. The fire was brought under control immediately. Cause of the fire is yet to be ascertained.