This Is News Nation's Real-time Breaking Blog. Stay With Us As We Provide You All The Latest News And Updates As Soon As They Break.

A meeting of Congress Parliamentary Party (CPP) scheduled to be held today to decide on the new leader of the party in the Lok Sabha. Newly inducted ministers, including Home Minister Amit Shah, Defence Minister Rajnath Singh. The IMD has issued a warning of intense head wave across north India. The mercury in several states has crossed 45 degree, while in Rajasthan's Sri Ganganagr it crossed 50 degree. Hello and welcome to News Nation real-time breaking blog.Â Be it politics, sports, business, world or entertainment, we will serve you all the latest news as soon as they break.Â

Below are the latest news and updates of India and World: 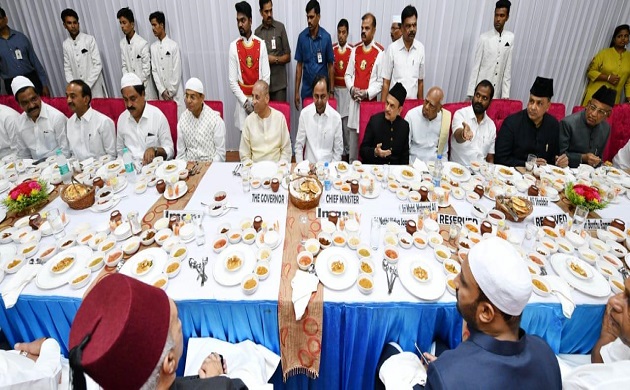 #09:13 pm:Â In view of Civil Services Examinations tomorrow, Delhi Metro will begin services at 6 am on all lines, including the Phase-3 extensions.

#09:00 pm:Â IMD, Himachal Pradesh: Rain and thundershowers with lightening and gusty winds very likely to continue in the districts of Shimla, Solan, Mandi and Kangra and in the upper parts of districts of Kangra and Chamba during the next 2-3 hours.

#08:21 pm:Â I&B Minister Prakash Javadekar on reported proposal of 3-language system in schools: There is no intention of imposing any language on anybody, we want to promote all Indian languages. It's a draft prepared by committee, which will be decided by govt after getting public feedback.

#06:24 pm:Â Andhra Pradesh: Bodies of two minor boys found in a wooden box at a school building in East Godavari district's Chinnayyapalem village. The two boys went missing on 26th May. Postmortem of the bodies is being conducted.

#06:00 pm:Â Jammu and Kashmir Governor Satya Pal Malik after meeting Union Home Minister Amit Shah: I briefed him about the ground situation in the state, the development and the circumstances.

#03:30 pm:Â Former Civil Aviation Minister and NCP leader Praful Patel to ANI: I will be happy to cooperate with the Enforcement Directorate to help them understand the complexities of aviation sector.

#12:53 pm:Â M Mohapatra, IMD: Severe heatwave condition is persisting over many parts of Punjab, Haryana, Chandigarh, Delhi, Rajasthan, southern UP, northern MP & some parts of Jharkhand during past 3-4 days. We are expecting this to continue for next 2 days. The intensity will then decrease

#12:21 pm:Â Commerce Ministry issues a statement over designation of India as a beneficiary developing country being terminated by the US. "India had offered resolution on significant US requests to find a mutually acceptable way forward. Unfortunate that this didn't find acceptance by US."

#12:05 pm:Â BS Yeddyurappa, BJP on Priyank Kharge's tweet '...I think it is better to rename Ministry of Home Affairs as Ministry of Providing Clean Chits': Because of Priyank Kharge, Mallikarjun Kharge lost over 1 Lakh votes. He's speaking nonsense without any base. I condemn the statement.

#11:40 am:Â Uttarakhand: Four out of 12 trekkers who went missing on May 10 from Nanda Devi Trek, returned to the base camp, yesterday in Pithoragarh. SDRF, ITBP and district administration teams continue the search operations for the remaining persons.

#11:08 am:Â Prakash Javadekar takes charge as the Minister of Environment, Forest and Climate Change. Babul Supriyo, MoS in the ministry is also present.

#11:03 am: Breaking News:Â Sonia Gandhi has been elected as Chairperson of Congress Parliamentary Party (CPP).

#10:55 am:Â BS Yeddyurappa, BJP:Â We will remain silent for the time being. They (Congress) may fight with each other and anything can happen. We've been clearly informed not to disturb or attempt to topple the government in the state.

#10:53 am:Â BS Yeddyurappa, BJP: I have just returned from Delhi. Our leaders have instructed me not to involve in any move that will scuttle the govt in the state. I believe that Siddaramaiah is sending some of his MLAs to me and is trying to take political leverage.

#10:30 am: Union Home Minister Amit Shah meets Defence Minister Rajnath Singh at his residence. Both the ministers are taking charge of their office today.

#10:10 am:Â Lieutenant Governor of Puducherry, Kiran Bedi has summoned the Legislative Assembly, to meet at Assembly Hall on June 3.

#09:53 am: Asaduddin Owaisi:Â We want India to grow, we will ensure India keep growing. We (Muslims) are equal share holders here. We are not tenents but partners.

#09:51 am:Â Asaduddin Owaisi, AIMIM: If someone is thinking that Indian Prime Minister will rule autocratically after winning 300 seats, it won't be allowed. I want to tell the prime minister, Asaduddin Owaisi will fight you constitutionaly.

#09:20 am:Â An eight-member team of mountaineers, including seven foreign nationals, has gone missing on its way to Nanda Devi East peak in Pithoragarh district in Uttarakhand, reports PTI news agency.Â The team, which includes seven mountaineers from the UK, US and Australia besides a liaison officer from the Indian Institute of Mountaineering, left Munsiyari on May 13 to scale the 7434-metre peak and was scheduled to return to the base camp on Friday.

#08:45 am:Â Kerala CM has written to Rahul Gandhi in connection with his letter requesting for inquiry into the suicide of a Wayanad farmer VD Dinesh Kumar. The CM states that he has asked Dist Collector to conduct a detailed inquiry & submit a report to the govt for taking further action. 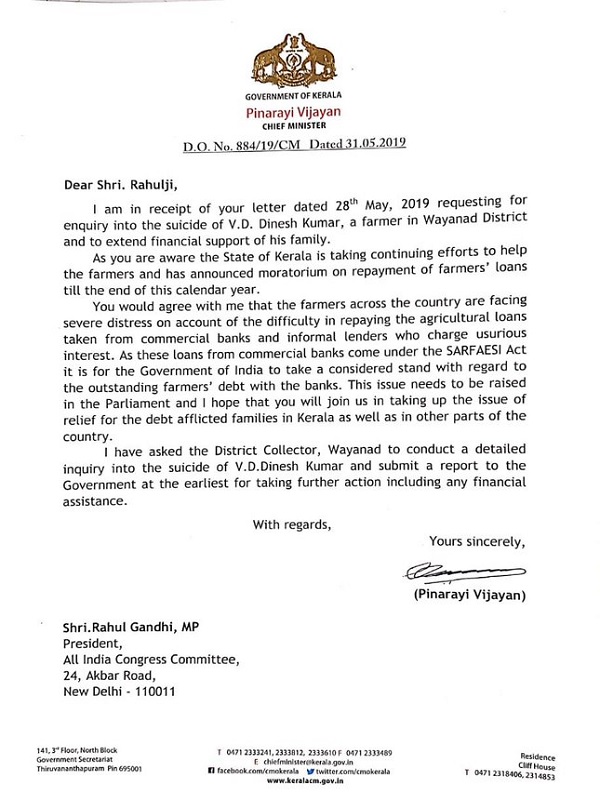 #08:35 am:Â A meeting of Congress Parliamentary Party (CPP) scheduled to be held and a decision on the new leader of the party in the Lok Sabha is likely to be taken at it.

#08:30 am:Â Block Education Officer, Hatta, Damoh: Details sought from Principal. He said they had received orders from Dist Education Officer & Dist Collector in the past, so they permitted this yr too. School in Madiyado produced order's copy but we don't have any info about Rajpura.

#08:25 am:Â Â Madhya Pradesh: 2 schools in Madiyado & Rajpura of Damoh are being used to store tendu leaves, while schools are closed for vacations. Dist Education Officer says, "No order given that schools be used to store Tendu leaves. We'll probe. Action will be taken in case of any violation."

#07:40 am:Â Amethi SP Rajesh Kumar: He was the last accused in the case, who was yet to be arrested. In the encounter one inspector received minor injuries and the accused was shot in his legs. He was taken to a hospital where he received treatment, he will now be produced before the Court.

#07:35 am:Â Surendra Singh, ex-village head of Barauli, Amethi murder case: Total 5 accused have been arrested so far. The 5th accused was arrested last night following an encounter with police in Shalhapur area, where he was injured. Singh was shot dead at his residence on May 25.

#07:02 am:Â At least 11 people were killed while six others sustained injuries after a gunman opened fire at a municipal centre in the US city of Virginia Beach.

#07:00 am:Â The designation of India as a beneficiary developing country is terminated, effective June 5, 2019 says US President Donald Trump in a White House proclamation.