Breaking News June 6: This Is News Nation's Real-time Breaking Blog. Stay With Us As We Provide You All The Latest News And Updates As Soon As They Break.

Hello and welcome to Thursday's live blog. From politics to sports to entertainment, the Internet is buzzing with the breaking news and headlines from across the globe. While India get into the festivity of Eid-ul-Fitr with people from different walks of life greeting each other on the occasion, World Cup fever sweeps the nation once more.Â Here in this segment, News Nation brings you live news from all corners of the country. The latest stories will appear in our live blog below - so keep scrolling down.

10:10 pm:Â Tamil Nadu Chief Minister E Palaniswami on alliance with BJP: We still have an alliance with them. There is no change. Why is media trying to create confusion on this?

10.00 pm:Â Tamil Nadu CM E Palaniswami on his tweet on 3-language formula: Where did I support 3 language policy?What I did suggest was a proposal that Tamil could be taught as an optional language in other states.That was all about my tweet. Opposition created a major controversy out of it.

9:10 pm:Â Indian Air Force signs deal worth around Rs 300 crore for buying more than 100 SPICE bombs from Israel. SPICE bombs were used by the Air Force to attack madrasah of Jaish-e-Mohammed in Balakot of Pakistan on February 26.

Kenneth Juster, US Ambassador to India: US Secretary of State Mike Pompeo will be visiting Delhi later this month. pic.twitter.com/SmCmDfylL5

7.55 pm:Â Prime Minister Narendra Modi to chair NITI Aayog and Rajiv Kumar will continue to be the Vice Chairman. Other members include: VK Saraswat, Ramesh Chand and Dr VK Paul.

7.45 pm:Â Whenever Arvind Kejriwal introduces a new scheme of this kind, it's made fun of. But when it's done, they say yes it is successful, saysÂ Â Delhi Deputy CM Manish Sisodia on Union Minister Hardeep Singh Puri's remark on Delhi government's proposal to make metro and bus rides free for women.Â

West Bengal CM Mamata Banerjee today visited the residence of Nirmal Kundu,TMC President of Ward 6 of North Dum Dum Municipality area in Nimta, who was shot dead on June 4. CM says,"This case has been handed over the case to CID." pic.twitter.com/6gSSDiYNVG

6:30 pm:Â Union Minister HS Puri on Delhi govt's proposal to make metro and bus rides free for women: BJP is all for women. We'll do anything for women if it's possible. But schemes are not made like this that you announce it first and then make proposal. Same thing he did in case of unauthorised colonies.

5:58 pm:Â Over 2.38 lakh students register on Delhi Uinversity's website for admissions till now.

5:46 pm: Exchange of fire between terrorists and security forces in Lassipora of Pulwama district in Kashmir.More details awaited.

4.45 pm:Â Abidali Z Neemuchwala to take over as Managing Director of Wipro from July 31; to also continue as the CEO of the company. Azim Premji to be the Non-Executive Director for a period of 5 years with effect from July 31 & has been conferred with title of Founder Chairman of Wipro.

4.25 pm:Â They've requested for coaching program for young Maldivian players, both men & women, in India. They would like some training programmes in Maldives. Indian Govt has already given them some training kits. We hope BCCI takes additional responsibility in this regard, saysÂ Vijay Gokhale.

Raveesh Kumar, MEA: To the best of my knowledge no meeting has been planned between PM Modi and Pakistan PM Imran Khan at the SCO Summit in Bishkek. pic.twitter.com/KJoqE00Uf6

02:45 pm:Â AN-32 search update: Army deploys its UAVs (Unmanned Aerial Vehicle) to search for the missing AN-32 transport aircraft over Arunachal Pradesh-Assam. IAFâ€™s Mi-17 choppers and other aircraft also being used for the operation.

01:53 pm:Â Jaganmohan Reddy has announced "Rytu Bharosa" scheme to be launched on 15th October. Farmers will be given Rs 12,500 under the scheme.

01:35 pm:Â Navi Mumbai ISIS graffiti case: A man has been detained by Police. He is mentally challenged and is currently under treatment at DY Patil Hospital. Further investigation is underway. 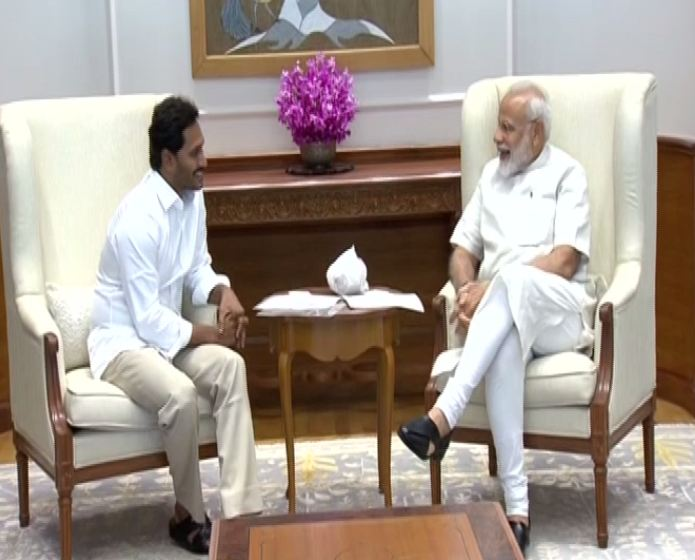 01:08 pm:Â Dr Payal Tadvi suicide case: Bombay High Court has given custody of the three accused doctors in the case to Crime Branch for 4 days for a specific time period each day.

01:00 pm:Â Rajasthan Education Minister, GS Dotasra on change in name of Pandit Deen Dayal Talent Search Exam: The government has ordered that the name of the exam will not be changed and it will continue to be known by the same name in future.

12:54 pm:Â Malegoan blast case: Special Court has issued arrest warrant against a witness (Educative Magistrate) and imposed a fine of Rs 5000 on him for skipping court hearings.

12:52 pm:Â RBI Governor Shaktikanta Das: RBI will not hesitate to take any measure which is required to maintain the financial stability of the system including, shot-term, medium-term and long term.

12:50 pm:Â IMD, Himachal Pradesh: Light to moderate rain/thundershowers along with lightening and gusty winds very likely to occur in the districts of Sirmaur, Shimla, Kinnaur, Lahaul & Spiti, Kullu and Solan during the next 3 hours.

12:48 pm:Â Madhya Pradesh: Residents of villages in Bhimpur block of Betul district travel 2-3 km everyday to get water. A villager says,' We have to get up at 4 am to get water, we either travel for kilometers to get water or we purchase it. No official pays attention to our problems.'

12:33 pm:Â RBI has been decided to set up a Committee involving all stakeholders, under the chairmanship of CEO Indian Banksâ€™ Association (IBA), to examine the entire gamut of ATM charges and fees. Committee to submit its recommendations within two months of its first meeting.

12:02 pm:Â Kerala: Two persons have been put under observation at Trivandrum Medical College, their samples have been sent for examination.

11:57 am:Â Sanjay Raut, Shiv Sena: I feel this time around Ram temple's construction will start because if we don't, the country will stop trusting us. Now BJP has 303 MPs, Shiv Sena has 18, NDA has more than 350, what more is needed to construct the temple?

11:56 am:Â The RBI has decided to do away with charges levied on RTGS and NEFT transactions, banks will be required to pass this benefit to their customers.Â

11:05 am:Â Search mission for Indian Air Force AN-32 aircraft enters fourth day, IAF carrying out extensive and continuous search operations. Satellites and other resources are being used to locate the plane. Su-30, C-130J and other assets to be used again today for search.

11:01 am:Â Punjab: Security heightened in Amritsar city on the anniversary of Operation Bluestar.

10:59 am:Â Indian Coast Guard Director General Rajendra Singh inaugurated the fourth subordinate officersâ€™ conclave in Delhi today. Among the armed forces, this is a unique initiative where jawansâ€™ suggestions and ideas are also taken into account for running the force.

10:22 am:Â Globalisation is under stress, many of the assumptions of the globalisation, global supply chains, mobility of talent, market access, all those are no longer assumptions we can make to the same degree, with same confidence, says Jaishankar.

10:21 am:Â External Affairs Minister, S Jaishankar at an event in Delhi: The five years of government has kept alive and perhaps even strengthened the expectation of change in the country.

08:55 am:Â Aligarh: Body of 2.5-year-old girl was found in Tappal area on May 2. SSP Aligarh says,'Case of kidnapping was registered with police on May 31. Post-mortem report has revealed death by strangulation, no signs of rape, a case of personal enmity; 2 men arrested. Probe on'.

08:10 am:Â Amritsar: Security heightened at the Golden Temple on the anniversary of Operation Blue Star.

Amritsar: Security heightened at the Golden Temple on the anniversary of Operation Blue Star. #Punjab pic.twitter.com/MciWYLb8iB

07:52 am:Â Maharashtra: Handmade bombs seized from poachers and stored at the office Maharashtra State Forest Department at Paud exploded yesterday, no casualties were reported in the incident.