Hello and welcome to Monday's live blog. From politics to sports to entertainment, the Internet is buzzing with the breaking news and headlines from across the globe. While people across India get into celebratory mood with the festivity of nine-day-long Navratri, leaders from across political parties are leaving no stone unturned to emerge victorious in the October 21 bypolls and assembly elections at various states across the country. Here in this segment, News Nation brings you live news from all corners of the world. The latest stories will appear in our live blog below - so keep scrolling down.

02:30 pm: Directorate General of Civil Aviation (DGCA) has suspended two pilots of SpiceJet for four months over air pressurisation failure in the aircraft, when the flight was scheduled from Hyderabad to Jaipur on June 13.

01:30 pm: On the 34th day of hearing in Ayodhya case on Monday, 'Ram Lalla Virajman' told the Supreme Court that it doesn't want to go for any kind of mediation in the case.

12:45 pm: Woman allegedly gang-raped by five men for two days in presence of her husband in Hyderabad.

Raghubhai Desai from Radhanpur and Thakor Babuji Ujamji from Kheralu to contest the upcoming by-election to Legislative Assembly of Gujarat, from Congress. pic.twitter.com/s60VfNPUYb

11:15 am: Just the news of arrival of Rapid Action Force leads to dispersal of rioters. The presence of RAF eliminates any possibility of riots taking place, says Amit Shah at the 27th Raising Day event of the Rapid Action Force (RAF) in Ahmedabad.

11:00 am: Supreme Court issues notice to the Centre on a PIL seeking direction for the government to immediately restore high speed internet services and fixed landline phone services across all hospitals and medical establishments of the Jammu and Kashmir.

10:15 am: Congress leader Jitin Prasada put under preventive custody in Shahjahnpur, says,"Congress today wanted to hold a march to highlight the plight of the Shahjahnpur rape victim but the local administration is not allowing it. Tell me how is it a violation of law? It's unfortunate".

09:45 am: During my visit to the United States of America, when I said something in Tamil and I told the world that Tamil is one of the world's oldest languages, so even today, the language is being resonated across the United States, says PM Modi in Chennai.

Prime Minister Narendra Modi in Chennai: During my visit to the United States of America, when I said something in Tamil & I told the world that Tamil is one of the world's oldest languages, so even today, the language is being resonated across the United States. #TamilNadu pic.twitter.com/oeP4C7C1CM 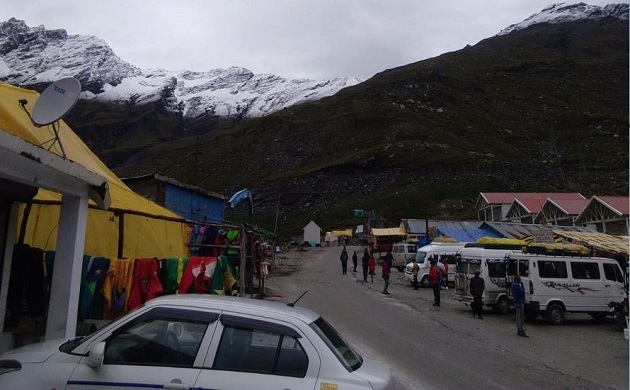 09:00 am: Always delighted to be back in Chennai. After 2019 elections, it is my first visit to the state. I am really thankful to all of you for such a warm welcome: PM Modi in Chennai.

08:00 am: PM Narendra Modi arrives in Chennai to participate in the prize distribution ceremony of Singapore-India Hackathon. He will also watch the exhibition on IIT-Madras research park start-ups and attend the 56th convocation of the institution as the chief guest.

07:30 am: Bihar State Disaster Management Authority: Till now, 29 people have died in the state due to rainfall. Know More

07:00 am: Bihar government has asked Indian Air Force for two helicopters for lifting and airdropping food packets and medicines, in the flood-affected areas of Patna.

06:00 am: Jannayak Janata Party has released a list of 15 candidates for the upcoming elections to the legislative assembly of Haryana. Read Full Story Here