The Doors Of Kedarnath Are Scheduled To Be Opened On May 9 Followed By Those Of Badrinath A Day Later On May 10.

The annual Char Dham Yatra in Uttarakhand's Garhwal Himalayas has begun from Tuesday on the auspicious occasion of 'Akshaya Tritiya' festival with the portals of Gangotri and Yamunotri temples in Uttarkashi district thrown open ceremoniously for million of pilgrims across the globe. While the gates of Gangotri shrine were opened at 11.30 am amid chanting of vedic hymns, those of Yamunotri were opened at 1.15 pm amid similar ceremonies in the presence of administrative and temple committee officials besides thousands of devotees.

The doors of Kedarnath are scheduled to be opened on May 9 followed by those of Badrinath a day later on May 10. All the preparations related with the pilgrimage are in place at the Gangotri, Yamunotri Temples and at the Kedarnath and Badrinath Temple in Rudraprayag district of the state. The opening of the famed Himalayan shrines marks the beginning of the Char Dham Yatra which attracts lakhs of devotees from across the country and abroad every year.

Ahead of the door opening ceremony, the idols of goddesses Ganga and Yamuna, the presiding deities of the two temples, are brought from their winter abodes at Mukhba and Kharsali, respectively.

The Char Dham Yatra or journey to four holy sites commences from Yamunotri, then proceeds to Gangotri and finally to Kedarnath and Badrinath. It is the backbone of Garhwal Himalayas's economy as the livelihood of locals depend on the Yatra. 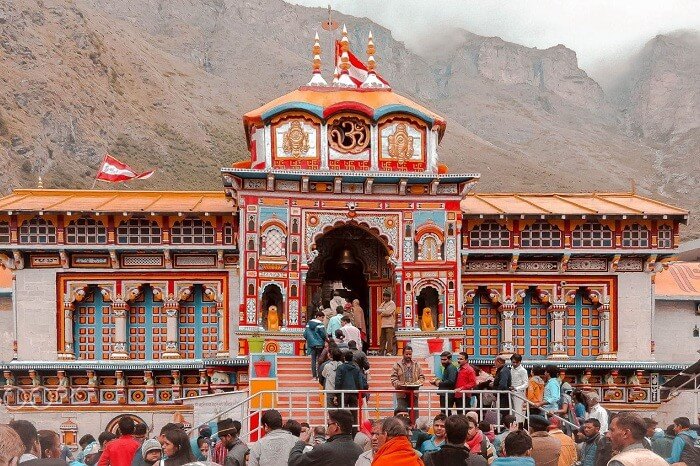 The portals of the four Himalayan shrines in Uttarakhand are closed for devotees during the winter season every year as the region, at a higher altitude, witnesses extreme cold conditions. They are reopened during the summers. As per the latest reports, this year the closing date for the Yatra is October 29.

Apart from other necessary arrangements, authorities this year have installed loudspeakers and public address system along the route of Char Dham Yatra in a bid to prevent road accidents.

Speaking to news agency ANI, Ashish Chouhan, DM Uttarkashi said, "The authorities have installed loudspeakers and public address system where continuous announcements will be made to inform people to maintain safety during the Char Dham yatra". Last year, a number of road accidents occured on the route which left dozens of pilgrims dead and several others injured.

The state traffic police have now identified the risky spots and have taken all the precautionary steps to curb accidents. The police department has also installed sign boards at sharp turns in the hills.