Meanwhile, The Naga Students’ Federation (NSF) Has Called A 6-hour Bandh To Protest Against The Amended Citizenship Act.

Citizenship Act Protests Live: The curfew, imposed in Guwahati amid protests against the amended Citizenship Act, was relaxed on Saturday from 9 am to 4 pm, police said. Long queues were seen outside shops at several places, including Dispur, Uzan Bazar, Chandmari, Silpukhuri and Zoo Road. Petrol pumps in the city have also opened with vehicles waiting in lines to refuel. The curfew has been relaxed from 9 am to 4pm, a police spokesperson said. Police are using loudspeakers to inform the public about the relaxation, he added. Meanwhile, the Naga Students’ Federation (NSF) has called a 6-hour bandh to protest against the amended Citizenship Act. The bandh will begin at 6 am. After the Citizenship (Amendment) Bill was cleared by Parliament, violent protests broke out in the city and other parts of the state with agitators engaging in pitched battles with the police, forcing the administration to impose curfew.

Below are the live updates:

6.00 pm: As advised by Delhi Police, entry & exit at Jamia Millia Islamia station has been closed. Trains will not be halting at this station.

4.00 pm: West Bengal Governor Jagdeep Dhankhar on Citizenship Amendment Act: If the Parliament in its wisdom has given us a law, which is rule of the land, everyone particularly those like me and others who hold Constitutional positions have to believe in it.

3.30 pm: Rahul Sinha, BJP on protests against Citizenship Amendment Act in West Bengal: State is burning due to TMC, if it continues like this there will be no solution except President's rule. CM should give message to police that if protesters are seen doing violence, they should be shot.

Guwahati: Students of College of Veterinary Science, Khanapara are on a hunger strike against #CitizenshipAmendmentAct. #Assam pic.twitter.com/MixEKzrN4X

#02:40 pm: Jamia University declares vacation till January 5; all exams have been postponed amid protests against the Citizenship Act: News agency PTI

#02:24 pm: Portion of a railway station complex in West Bengal's Howrah district was set on fire on Saturday by a mob who also thrashed security personnel guarding it, officials said.

#02:20 pm: Internet ban in Assam extended till Monday as violent protests against the Citizenship Act continues.

#12:40 pm: Amit Shah Blames Congress For Violence In Northeast: "We have brought the amended Citizenship Act and the Congress got a stomach ache and is fanning violence against it," Amit Shah said while addressing an election rally in Jharkhand.

#11:30 am: Jamia Semester Exams Postponed: Jamia Millia Islamia postpones semester exam scheduled on Saturday, reports news agency PTI. Hundreds of students had Friday carried out protests against the CAB. The police used force against them and detained at least 50 students.

#10:00 am: Maharashtra: People of Assam, living in Mumbai, protest against Citizenship Amendment Act, at the city's Azad Maidan. Actor Dipannita Sharma is also present at the protest. 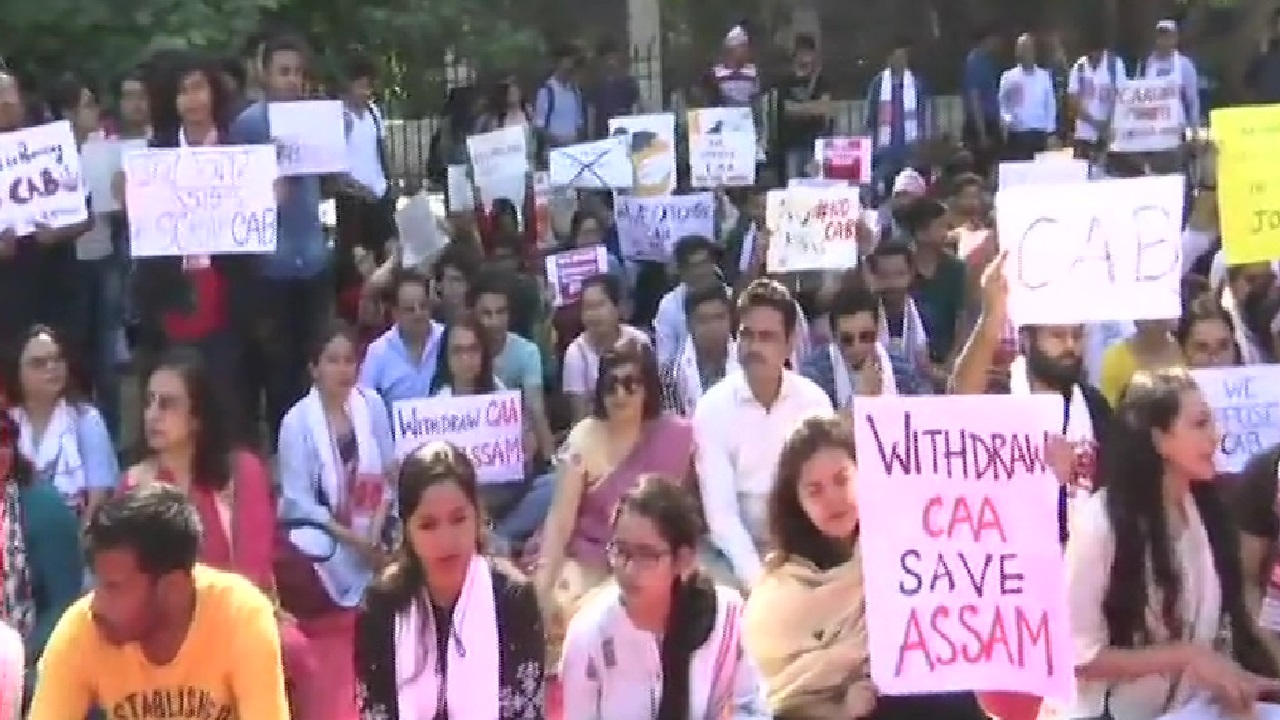 #09:20 am: Fundamentally Discriminatory, Says UNHRC On Citizenship Act: We are concerned that India's new Citizenship (Amendment) Act 2019 is fundamentally discriminatory in nature. The amended law would appear to undermine the commitment to equality before the law enshrined in India's Constitution and India's obligations under the International Covenant on Civil and Political Rights and the Convention for the Elimination of Racial Discrimination, to which Indian is a State party, which prohibit discrimination based on racial, ethnic or religious grounds: UN human rights spokesman Jeremy Laurence.

#09:10 am: US, UK Issue Travel Advisories: The United States and the United Kingdom has issued travel advisories asking their citizens to "exercise caution" while travelling to northeastern states of India.

#09:00 am: NSF Calls Bandh In Nagaland, Assam and Manipur: The Naga Students’ Federation (NSF) has called a 6-hour bandh on Saturday to protest against the amended Citizenship Act. The bandh will begin at 6am.