Though Cyclone Vayu Has Not Left Any Major Impact In The State Of Gujarat, A Dozen Talukas In The Coastal Belt Received More Than One Inch Of Downpour Since Thursday Morning.

In what could be a great relief for millions of people in Gujarat, Cyclone Vayu, the severe storm formed over Arabian sea near Lakshadweep islands, on Thursday changed its course of direction and did not hit the western state of India. As per the latest weather report, the "eye of the storm" is currently far away from Gujarat and began moving towards Oman.

However, state authorities have been directed to leave no stone unturned on their preparedness as the danger of heavy winds and rain in coastal areas continued in the state. As a precautionary measure, schools in coastal districts of Saurashtra and Kutch will also remain shut on Friday as well.

Gujarat have been on high alert for the last few days following the IMD's warning of Cyclone Vayu, which had been moving north-northwestwards and was likely to skirt the Saurashtra coast on Thursday morning. Weathermen predicted that Vayu may affect Gir Somnath, Diu, Junagarh, Porbandar and Devbhoomi Dwarka, bringing in heavy rainfall accompanied with gusty winds at 90-110 kmph.

However, the tropical cyclone has now started skirting from the mainland, Gujarat Chief Secretary JN Singh said in a statement, adding that all the measures will remain in place till tomorrow morning. "We are not declaring as of now that there is no danger. We are not taking any chance," Singh added.

Though Cyclone Vayu has not left any major impact in the State of Gujarat, a dozen talukas in the coastal belt received more than one inch of downpour since Thursday morning. A 150-year-old Bhuteshwar Mahadev temple also collapsed in Porbandar as waves and heavy rains lashed the coastal area. However, no casualty has been reported due to the cyclonic storm so far in Gujarat. 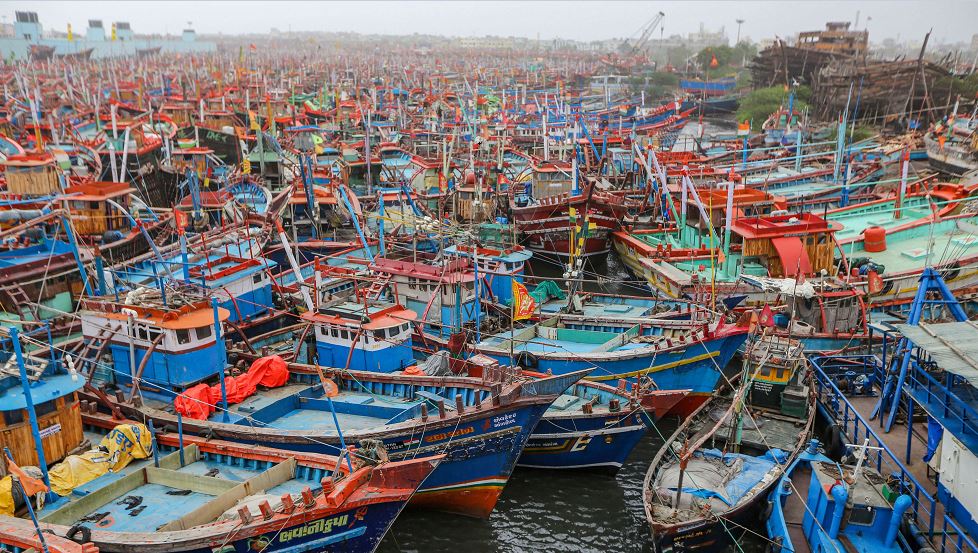 Speaking to media Gujarat Chief Minister Vijay Rupani said, 'According to IMD bulletin, Cyclone Vayu, which was going to hit Gujarat, has moved towards Oman. But the administration will continue to be on high alert for the next 24 hours".

Prime Minister Narendra Modi, who along with other world leaders, is attending the SCO Summit in Bishkek, held a telephonic talk with Rupani on cyclone preparations and assured all assistance and support from Central Government to mitigate the effects of Vayu.

READ | Mala, Helen, Nilofer, Fani and next one to be 'Vayu': How are cyclones named?

In addition, 11 columns of the army (each having nearly 70 personnel), two companies of the Border Security Force, 14 companies of the State Reserve Police and 300 commandos are deployed at different locations in the Kutch and Saurashtra areas.

Meanwhile, the railways has cancelled 86 trains while 37 others were short terminated in view of Cyclone Vayu. According to Western Railway, the cancellations were made as a precaution even though the cyclone changed its course and is unlikely to make landfall in Gujarat.

Since all the airports in Kutch and Saurashtra have been asked to shut their operations completely, flights to these destinations from the Ahmedabad airport also stand cancelled.