Congress’ strongman and master strategist Doddalahalli Kempegowda Shivakumar is the only person who is emerging victorious in the ongoing Karnataka political crisis. The seven-time MLA has earned the title - 'tiger of Sathanur' in the state. Known for keeping the Congress' flock together for 13 months, DK Shivakumar is also seen as someone who can checkmate BJP’s Chanakya, Amit Shah. Shivakumar had taken on Amit Shah earlier during the Gujarat Rajya Sabha polls in 2017.

With more than 30 years of political experience, Shivakumar is doing everything possible to keep the Congress-JDS coalition afloat.

The Karnataka lawmakers have continuously refused to meet Shivakumar fearing his fabulous ‘persuasion’ skills. On Wednesday, as Shivakumar stood outside the gates of five-star Renaissance Hotel where the rebel MLAs are camping in Mumbai’s Powai, he said, “I only have a heart that I have come to extend to my friends. I am not a terrorist… I have come to have a cup of tea in the hotel. So even if I were to collapse here without food, I don’t care. There is no question of leaving this place till I meet them.” DK Shivakumar said he had come in peace and had no intention of threatening his disgruntled colleagues. He was detained later by the local police.

On Saturday, Shivakumar arrived at rebel MLA Nagaraj's house at 5 am to convince him to take back his resignation. He nearly persuaded him for 5 hours. Soon after, Nagaraj said, "I had given resignation from MLA's post. All the leaders are asking me to stay in Congress since morning. I have decided to stay in the party."

According to a media report in The News Minute, “In Kanakapura, the Assembly constituency on the border of Bengaluru city which Shivakumar represents, the common refrain is: Not a blade of grass moves here without DKShi’s say so. Nobody can cross him." 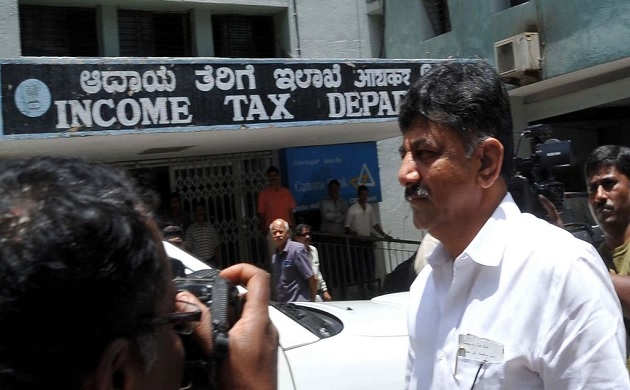 In 2017, when Shivakumar was hosting 43 Gujarat MLAs at a Bengaluru resort to prevent defections his properties were raided in Delhi and Karnataka. Officials from the Income Tax department and Enforcement Directorate claimed that the politician had around Rs 300 crore worth of undisclosed income. To these allegations, Shivkumar gave a cold reply - “Let them give the report first.”

Shivakumar emerged as the richest nominee for 2018 Assembly polls when he declared combined assets worth over Rs 700 crore in his poll affidavit. Through the affidavit, Shivakumar declared cash and bank deposits worth Rs 95 crore, immovable assets including commercial buildings and land valued at over Rs 635.8 crore and gold, diamonds, and silver valued at over Rs 1.5 crore, among other assets.

Shivakumar’s loyalty to the party is ‘unquestionable’ and is seen as the man hardest to poach by the BJP. Shivakumar has good connections at the grassroots since he entered active politics in the 1980s. 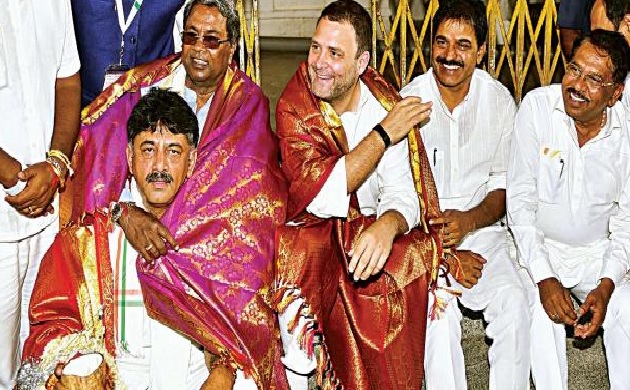 DK Shivakumar’s career kick-started when he defeated HD Deve Gowda in 1989 from Sathanur and came to be known as a giant killer and soon became a minister in the government and continued the rivalry in Bengaluru rural region with HD Deve Gowda getting better of him only once during Kanakapura by election in 2002. Many think Shivakumar might be the right person to replace Rahul Gandhi as the party boss.

A total of 16 MLAs including 13 from the Congress have resigned even as two independents, who were made Ministers recently have withdrawn support to the 13-month old Congress-JD(S) coalition government. On Friday, the Supreme Court ordered status quo on resignations by the rebel MLAs. The matter will be heard on Tuesday next.