The Delhi Metro Rail Corp (DMRC) on Tuesday said that there will be no train movement between Sultanpur and Qutub Minar stations. However, the DMRC has said they will update when the issue is rectified. The train services between Huda City Centre and Sultanpur have also been temporarily halted. DMRC will be running feeder bus service between Sultanpur and Qutub Minar to facilitate passengers.

Huge crowd was seen at the metro stations. Technical fault, forced many commuters to leave the train and take other forms of transport to continue their journey. 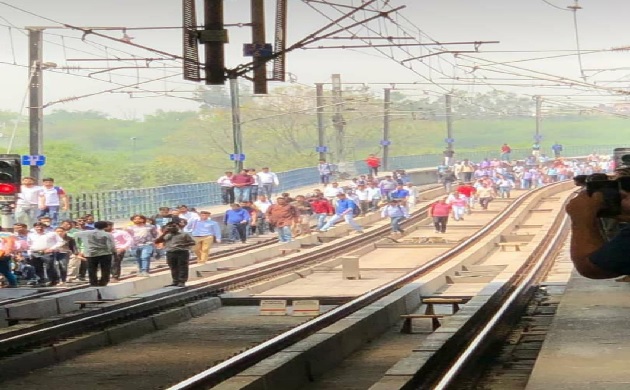 Last week, technical problems on Delhi Metro's busy Blue Line led to another delay in services between Noida Electronic City and Akshardham, causing hardship for hundreds of commuters. The delay took place at around 4 pm in the afternoon and normal services have now been resumed, Delhi Metro Rail Corporation (DMRC) said in a statement.

The Blue Line connects Dwarka to Noida and Vaishali and is one of the busiest segments of the Delhi Metro network. Vaishali section branches off from Yamuna Bank, an intersection station. The Green Line, which is the fifth line of the Delhi Metro network, runs between Inderlok and Brigadier Hoshiyar Singh with a branch line connecting the line's Ashok Park Main station with Kirti Nagar station on the Blue Line.