AIMIM chief and Hyderabad Lok Sabha MP Asaduddin Owaisi recently claimed that the India Gate in Delhi has 'freedom fighters’ names inscribed on it. Taking a jibe at PM Modi, Owaisi addressing a gathering amid applauds said, “Mr Modi, on India Gate, the names of 95,300 people who fought against the British are written. You will be happy to know that out of the total names; 61,945 names are of Muslims. 65 per cent of them are Muslims (Translated from Urdu).” Owaisi’s video has gone viral on social media.

News Nation did a fact of two claims made by Asaduddin Owaisi:

Formerly known as Kingsway, India Gate in national capital was built by Imperial War Graves Commission (I.W.G.C), which came into existence in December 1917 for building war graves and memorials to soldiers who were killed in the First World War. For security reasons access to read the names on the memorial is restricted. The names can be however be seen on their website. 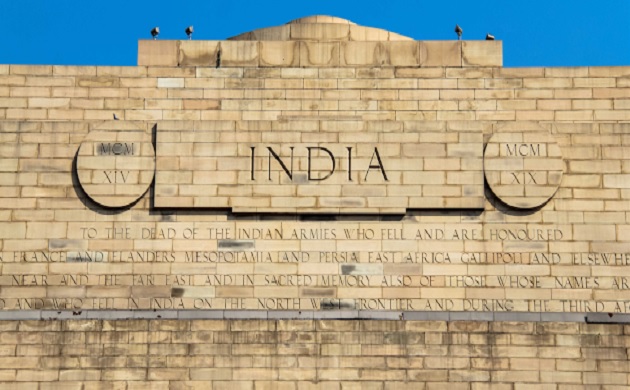 The names inscribed on the monument are not of those who were killed fighting for India’s independence but soldiers of the British Indian Army who died in the period 1914–18 in the First World War, in France, Flanders, Mesopotamia, Persia, East Africa, Gallipoli. The years are in bolt mentioned atop of the monument. The following passage is inscribed below the Roman numerals:

"To the dead of the Indian Armies who fell and are honoured in France and Flanders Mesopotamia and Persia East Africa Gallipoli and elsewhere in the near and the far-east and in sacred memory also of those whose names are here recorded and who fell in India or the North-West Frontier and during the third Afghan war."

The list of the names is also mentioned in website of Commonwealth War Graves Commission (CWGC), the international organisation which maintains the martyrs’ list of World Wars.

Hyderabad Parliamentarian’s second claim also stand false. Website of Commonwealth War Graves Commission (CWGC) states:” The CWGC commemorates some 74,000 who lost their lives while serving with Indian forces between 1914 and 1921. Many were cremated in accordance with their faith and their names are inscribed on memorials which can be found from Brighton to Basra, Cape Helles on Gallipoli, to Egypt and eastern Africa.”

This figure is nowhere close to Owaisi’s 95,300 claim.