Yearender 2019: From Sushma Swaraj To Girish Karnad, 10 Indian Personalities Who Died In 2019

Starting From Sushma Swaraj To Arun Jaitley, The Ruling Bharatiya Janata Party Lost Some Of Its Top And Senior Leaders.

The year 2019 witnessed the deaths of several renowned personalities, especially in the world of politics. Starting from Sushma Swaraj to Arun Jaitley, the ruling Bharatiya Janata Party lost some of its top and senior leaders. For the Congress, the sudden death of former Delhi Chief Minister Sheila Dikshit came as a shocker. The theatre and literary world lost Girish Karnad. Legions of his admirers miss the playwright not just for his literary skills but also for defence of freedom of expression. Here, in the article, we have listed the names of renowned personalities whose demise left an irreplaceable vacuum in their respective fields. 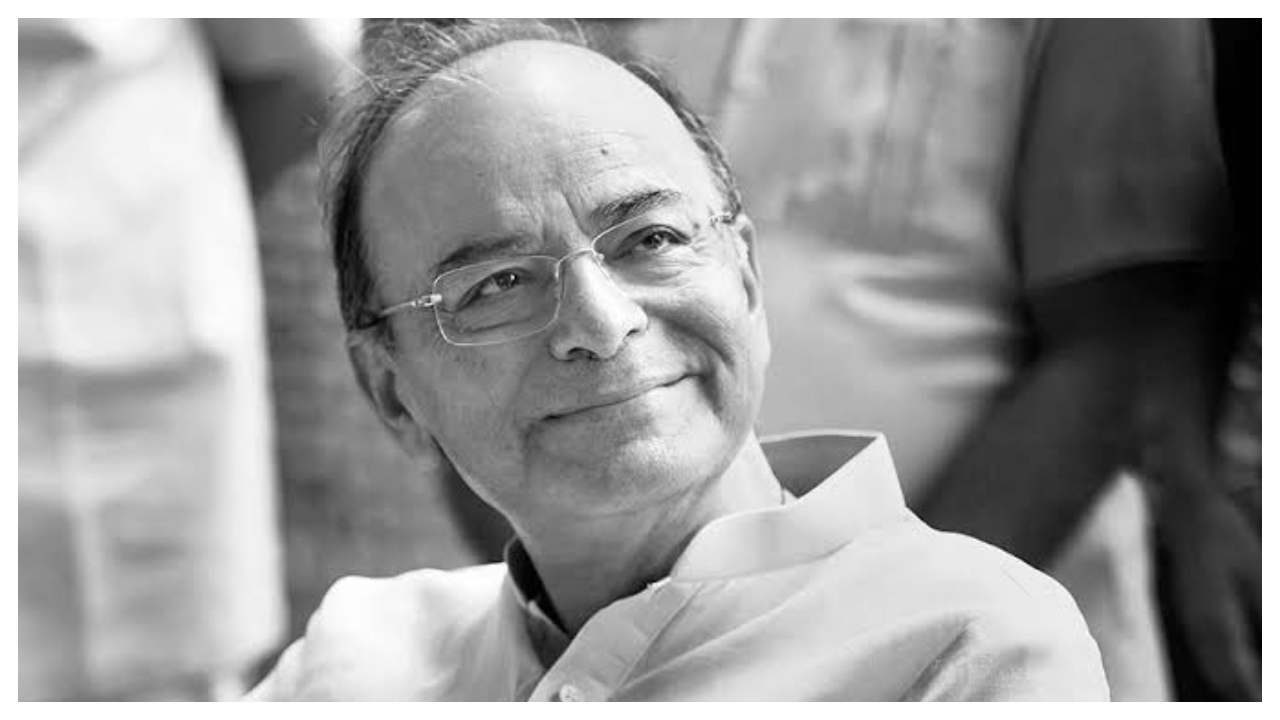 BJP stalwart and former finance minister Arun Jaitley died on August 24 at AIIMS. He was 66. Jaitley was admitted to the All India Institute of Medical Sciences (AIIMS) on August 9 and was treated by a multi-disciplinary team of senior doctors. Jaitley, a lawyer by profession, had been a key member of Prime Minister Narendra Modi’s Cabinet in the BJP government’s first term. He held the finance and defence portfolios, and often acted as the chief troubleshooter of the government. Jaitley did not contest the 2019 Lok Sabha election, because of his ill-health. In May this year, Jaitley was admitted to AIIMS for treatment. 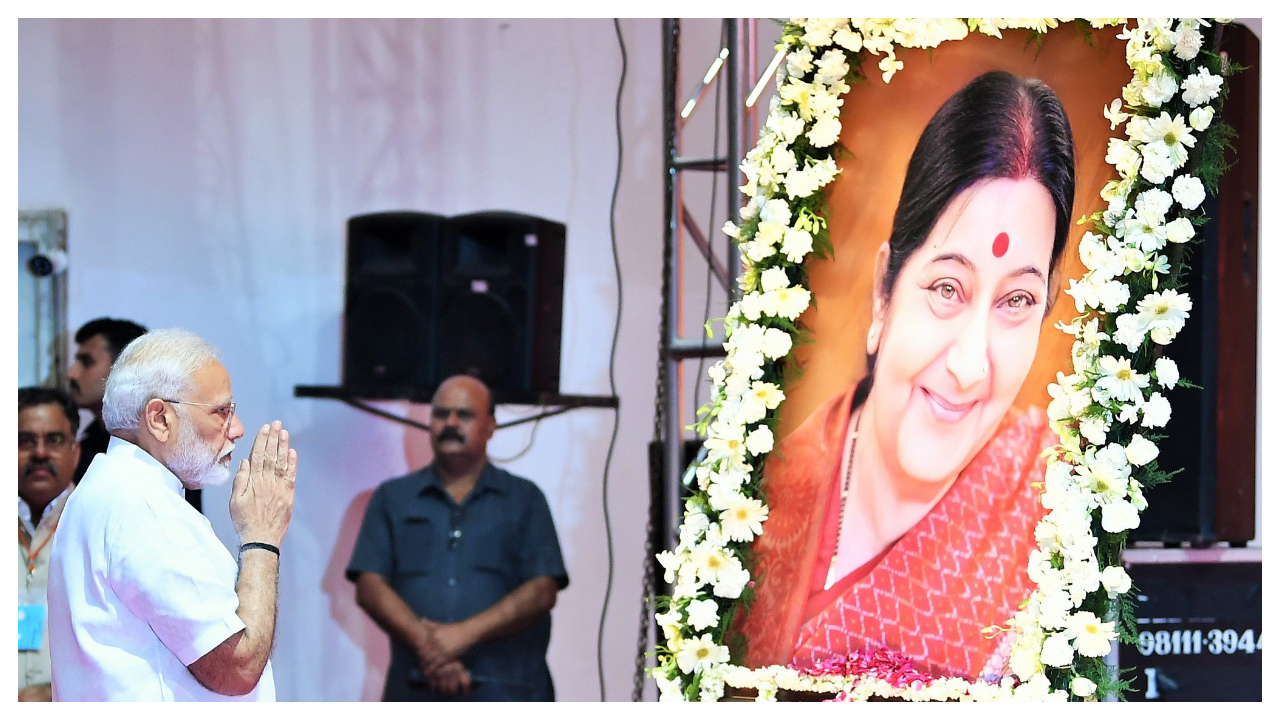 Former External Affairs Minister and senior BJP leader Sushma Swaraj passed away on August 6 night. She was 67. AIIMS doctors said she died of a cardiac arrest. Swaraj had a kidney transplant in 2016 and had opted out of contesting Lok Sabha polls earlier this year for health reasons. She is survived by her husband Swaraj Kaushal and daughter Bansuri. After her demise, Prime Minister Narendra Modi took to twitter and called the demise of Swaraj as an end of glorious chapter in politics. “A glorious chapter in Indian politics comes to an end. India grieves the demise of a remarkable leader who devoted her life to public service and bettering lives of the poor. Sushma Swaraj ji was one of her kind, who was a source of inspiration for crores of people,” Prime Minister Narendra Modi said in a series of tweets. 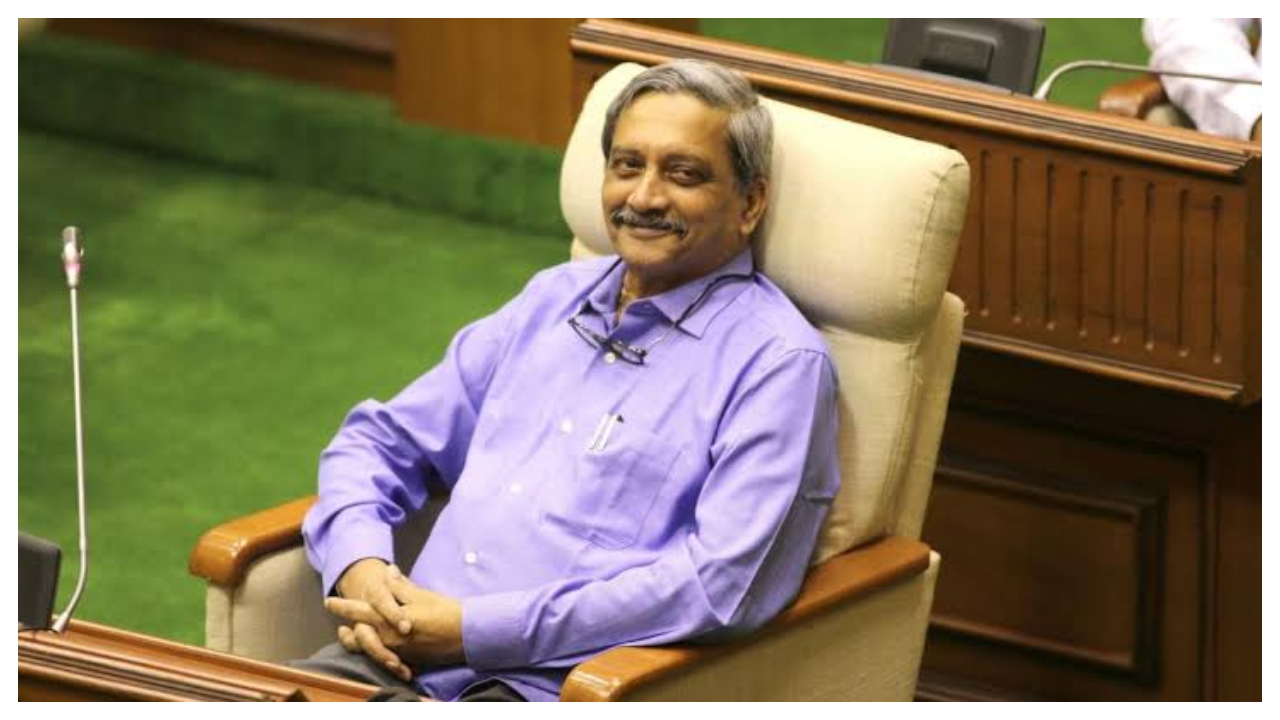 Manohar Parrikar, Chief Minister of Goa died at 69 on March 17. He died after a long illness. Parrikar, who was the three-time chief minister of Goa, was known for his humour and wit. He was also the defence minister in the Modi cabinet. A technocrat-turned politician, he had started as a functionary of the BJP's ideological mentor, the Rashtriya Swayamsevak Sangh, before entering active politics. Remember for his never-to-quit attitude, Parrikar was a leader accessible to the people. Manohar Parrikar made several public appearances with a nasal tube and supported by aides, at the peak of his battle with a pancreatic condition, which manifested his commitment towards his work. 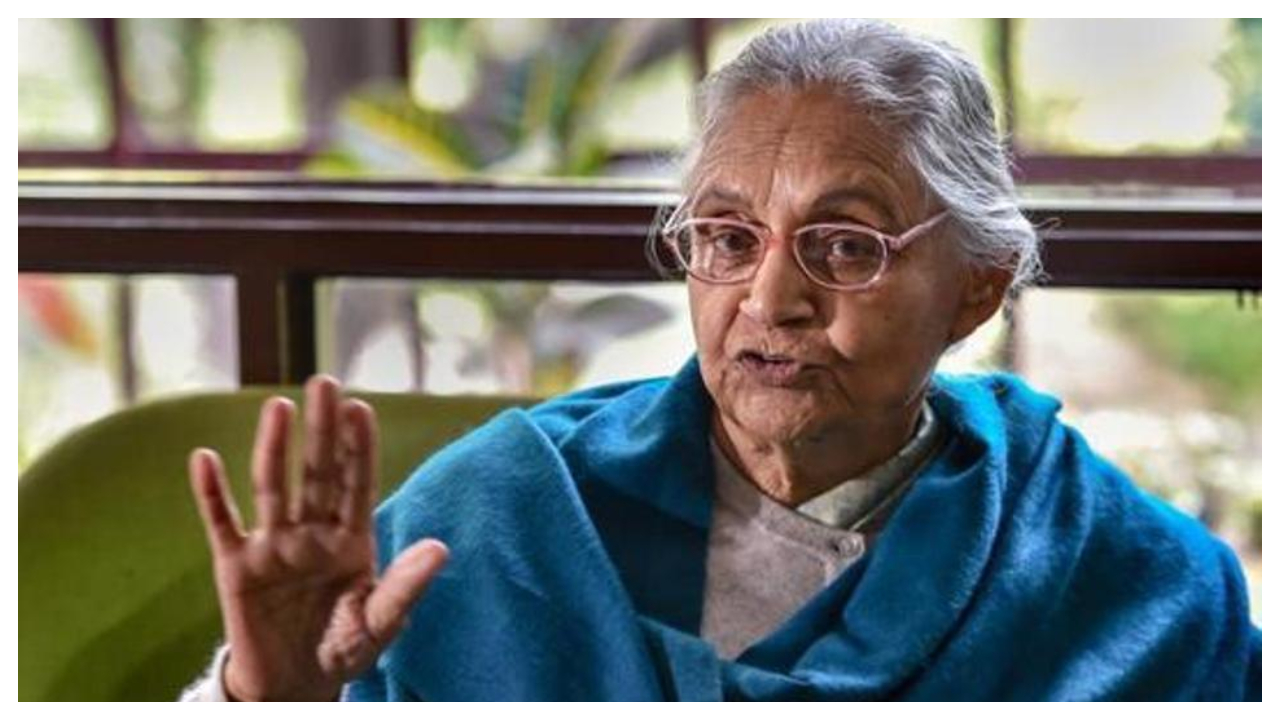 Three-time Delhi chief minister and senior Congress leader Sheila Dikshit passed away July 20 at a private hospital here after suffering a cardiac arrest. She was 81. Dikshit breathed her last at 3.55 pm at Fortis Escorts Heart Institute. Dikshit was president of Delhi Congress. She served as Delhi’s chief minister for 15 years from 1998-2013. Known as a warm and affable politician, Dikshit carried out massive infrastructure development of Delhi during her tenure. She also launched a number of social welfare schemes with involvement of resident welfare associations as part of her participatory model of governance. An able administrator, Dikshit could get along well with politicians from all parties for which she drew widespread respect. She unsuccessfully fought the recent Lok Sabha elections from the North-East Delhi constituency. She represented New Delhi constituency in Delhi Vidhan Sabha.  Dikshit became an MP for the first time from Kannauj Lok Sabha seat in Uttar Pradesh in 1984. She was also a close associate of former prime minister Rajiv Gandhi and a minister in his cabinet. She also served as governor of Kerala. 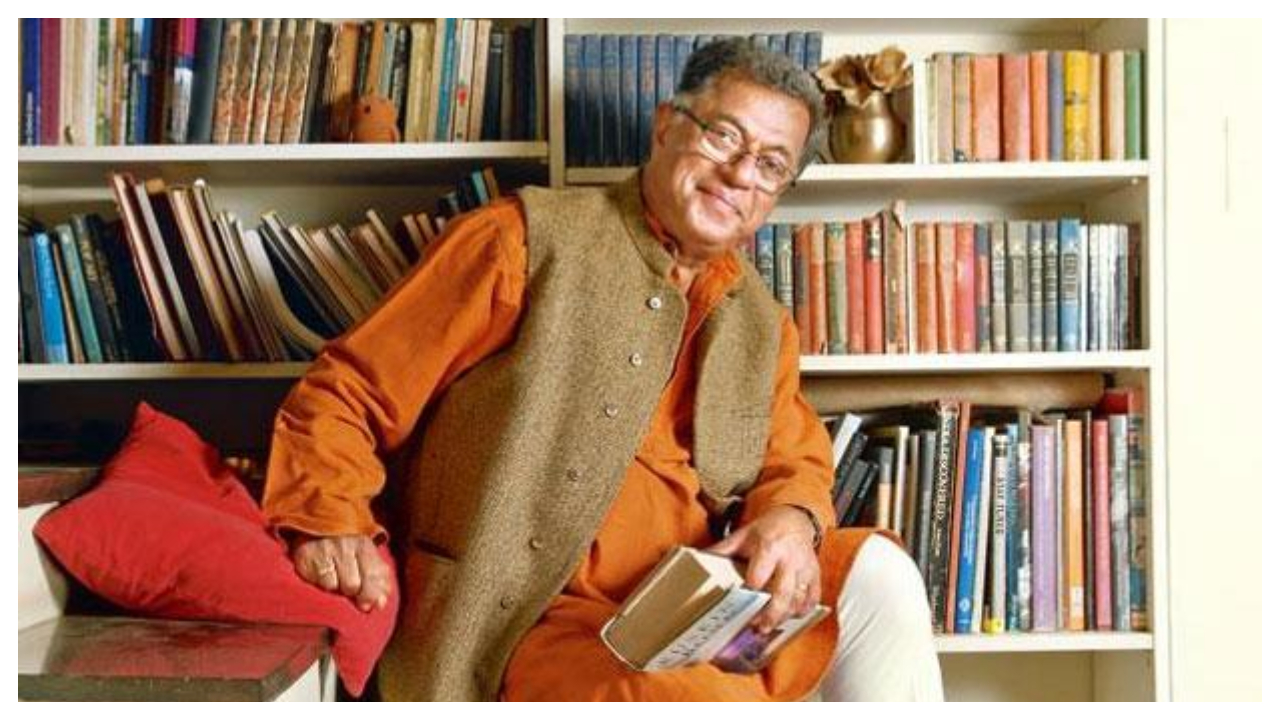 Noted playwright, actor and director Girish Karnad, a progressive voice that championed the freedom of expression, died at his residence here Monday, official sources said. He was 81. A multifaceted personality, Karnad has acted in several plays and movies that have received critical acclamation. Karnad, a recipient of Jnanpith Award, was also conferred the Padma Shri in 1974 and the Padma Bhushan in 1992. He was also a Rhodes Scholar from Oxford University, in the 1960s that earned him his Master of Arts degree in philosophy, political science and economics. His plays, written in Kannada, have been translated into English and several Indian languages. He made his acting debut and screenwriting debut in iconic Kannada movie, “Samskara” (1970), based on a novel by UR Ananthamurthy. It was directed by Pattabhirama Reddy and the film won the first President’s Golden Lotus Award for Kannada cinema. Though he started off his career in cinema as an actor, he is best known as a writer and thinker. Karnad was one of the most prominent artistic voices of his generation. 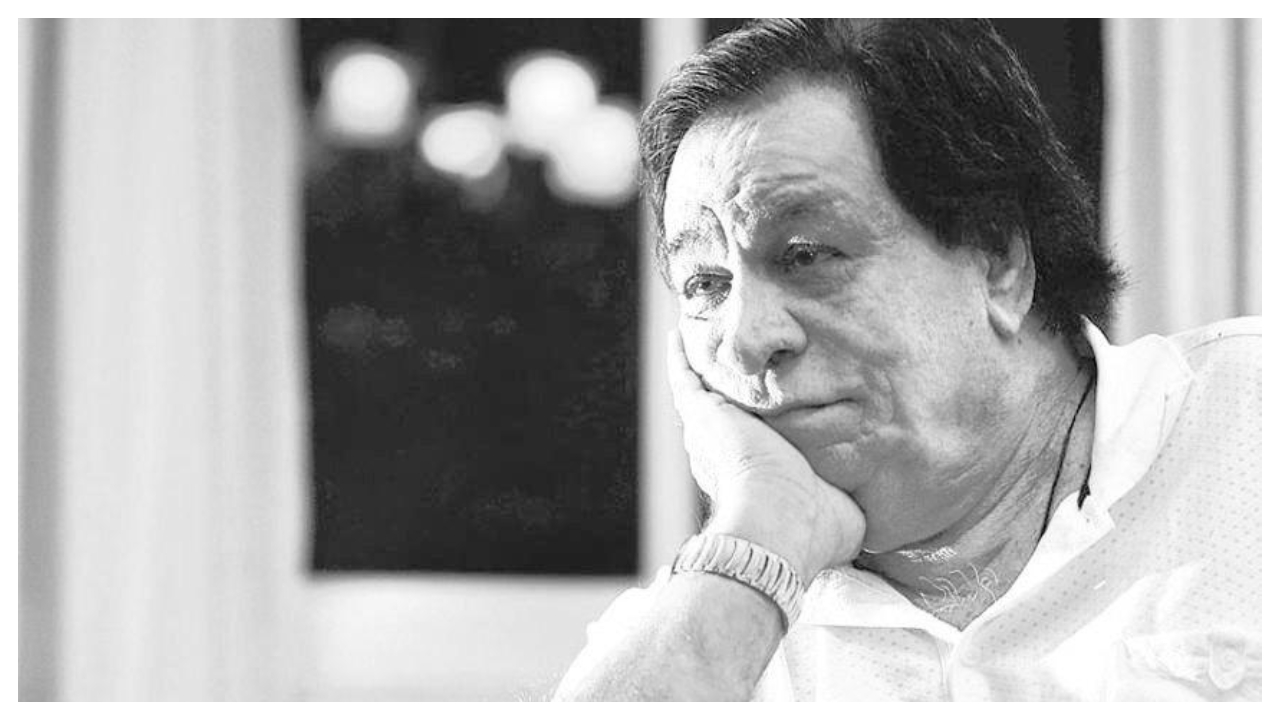 Veteran actor-writer Kader Khan died due to prolonged illness at the age of 81 on 31 December. Khan was admitted to a hospital in Canada and his son confirmed that his last rites will be conducted in the country. Khan had developed breathing issues and the doctors had reportedly transferred him from regular ventilator to BiPAP ventilator. Born in Kabul, Kader Khan made his acting debut in 1973 with Rajesh Khanna’s Daag and has featured in over 300 films. He wrote dialogues for over 250 movies. Before becoming an actor, he had written dialogues for Randhir Kapoor-Jaya Bachchan’s Jawani Diwani. As a screenwriter, Kader Khan frequently collaborated with Manmohan Desai and Prakash Mehra. His films with Desai include Dharam Veer, Ganga Jamuna Saraswati, Coolie, Desh Premee, Suhaag, Parvarish and Amar Akbar Anthony and films with Mehra include Jwalamukhi, Sharaabi, Lawaaris, Muqaddar Ka Sikandar. 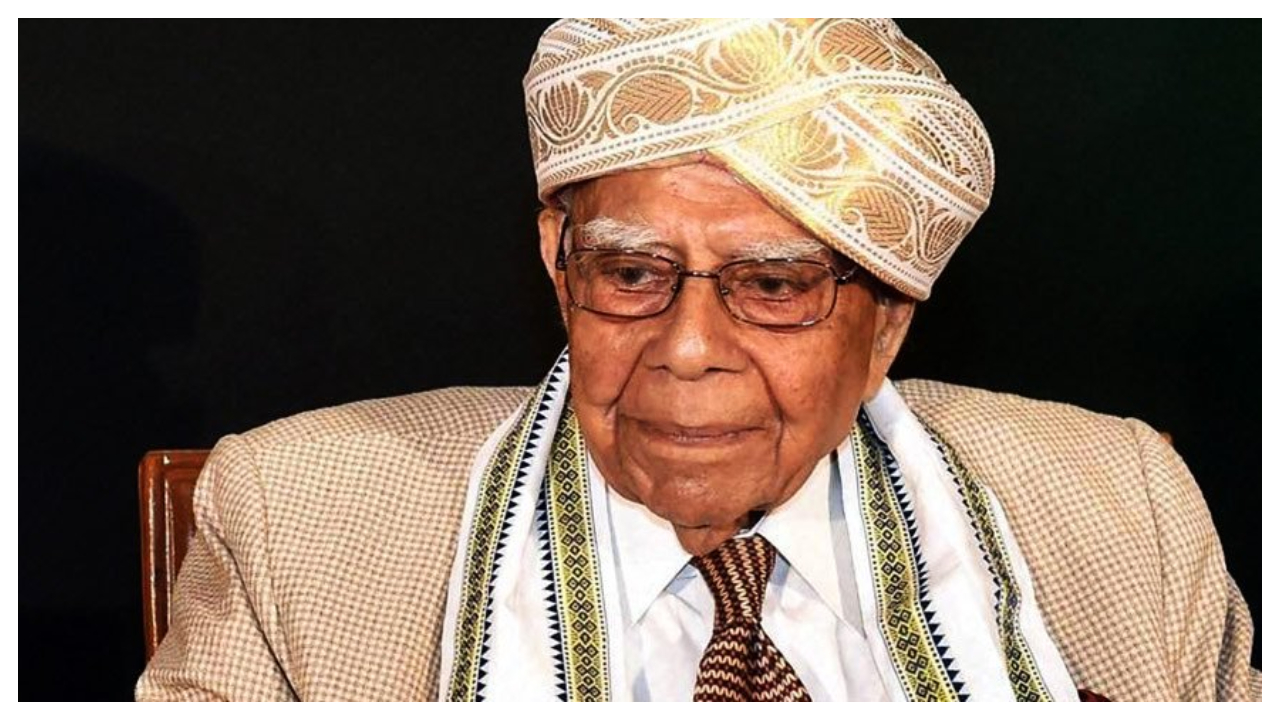 Ram Jethmalani was one of India's well-known lawyers and a former union minister died on September 8. He was 95. A six-time Rajya Sabha member, Ram Jethmalani served as a Union Minister in the United Front and the BJP-led NDA governments. In 2016, he was elected to the Rajya Sabha on RJD ticket. Jethmalani was known for his robust arguments and fought many high-profile cases in the Supreme Court, High Courts in many states and even trial courts. 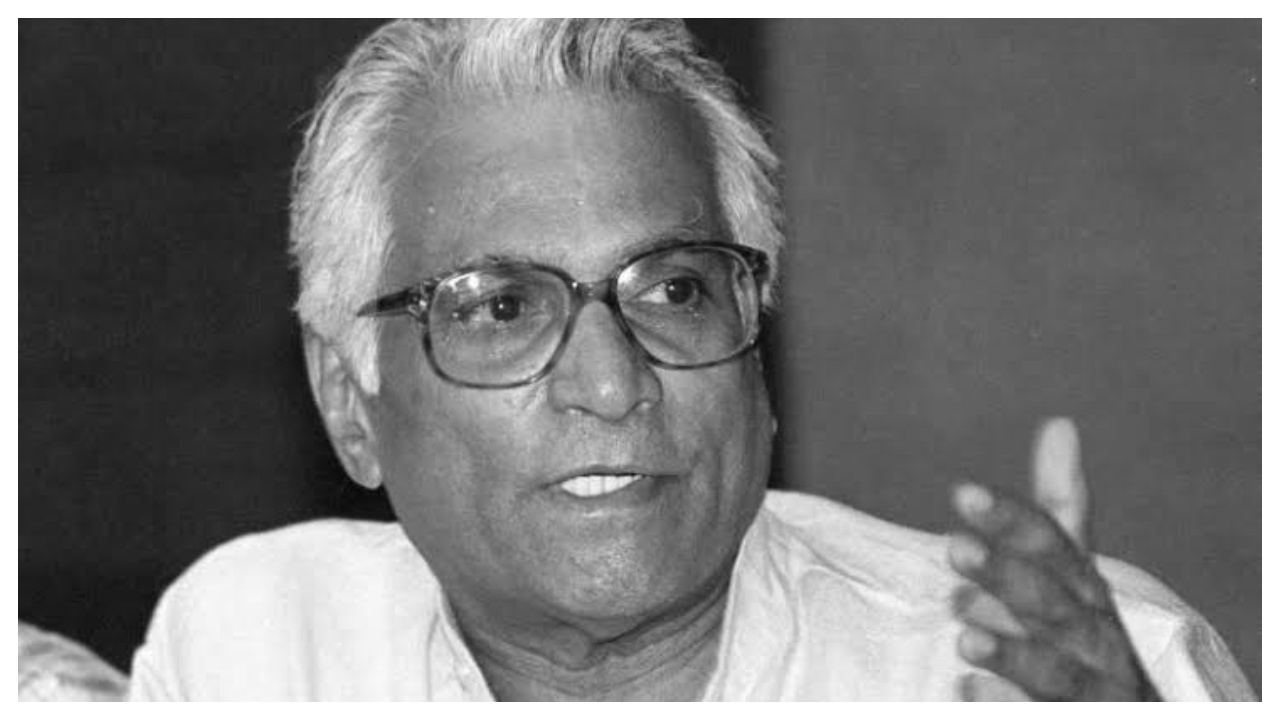 George Fernandes took his last breath on January 28.  He was 88. Fernandes was the cabinet minister in the NDA government headed by Atal Bihari Vajpayee when India fought the Kargil war in 1999. He was of the most prominent leaders of the socialist movement in the 1970s. Fernandes was jailed during the 1975 Emergency imposed by the Indira Gandhi-led Congress government for what was dubbed the "Baroda Dynamite Conspiracy" to blow up government establishments and railway tracks. The fiery politician came to be known as "giant killer" when he defeated veteran Congress leader SK Patil in Mumbai during the Lok Sabha election in 1967. 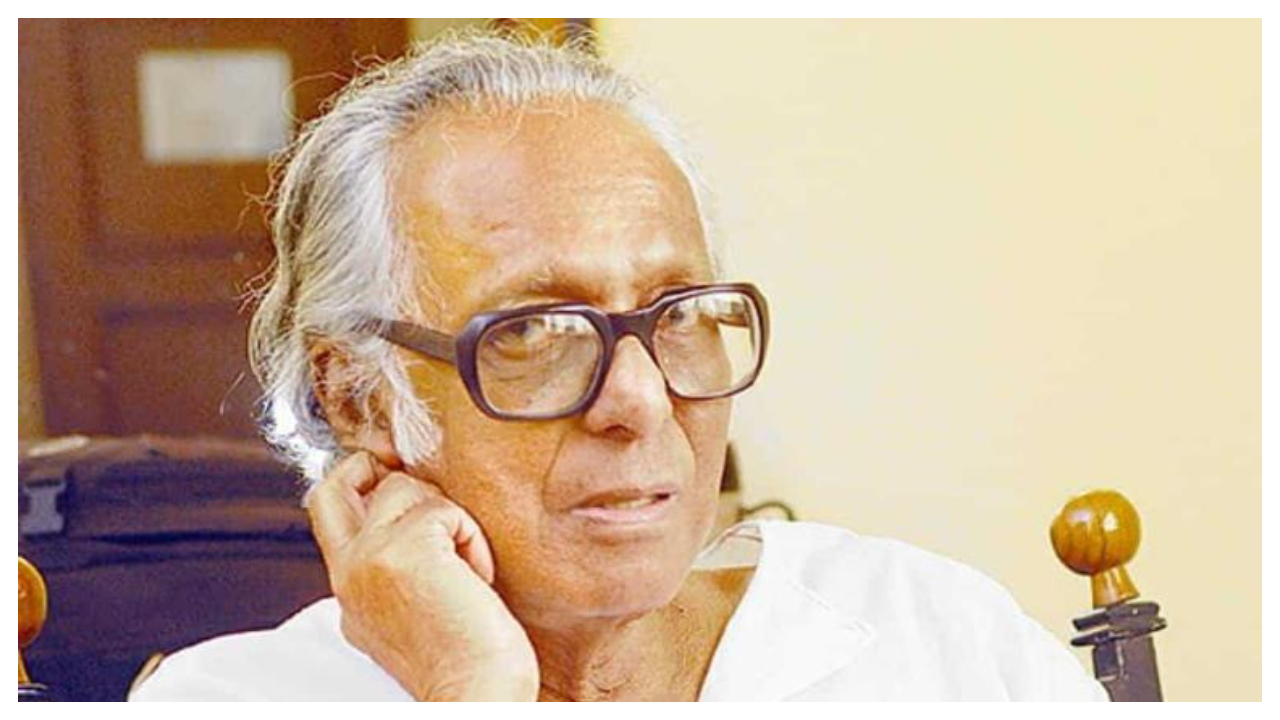 Legendary filmmaker Mrinal Sen passed away on December 30, 2018 in Kolkata, West Bengal after a prolonged battle with age-related ailments. He was 95. He is survived by his son. His wife, actor Geeta Sen, passed away in 2017.  The Padma Bhushan and Dada Saheb Phalke awardee was known primarily for paving the way for the reign of parallel cinema in the country with films such as Ek Din Achanak, Padatik,Mrigaya, Akaler Sandhane, Chorus, Kharij, Kandahar, Bhuwan Shome, Akash Kusum and Calcutta 71. 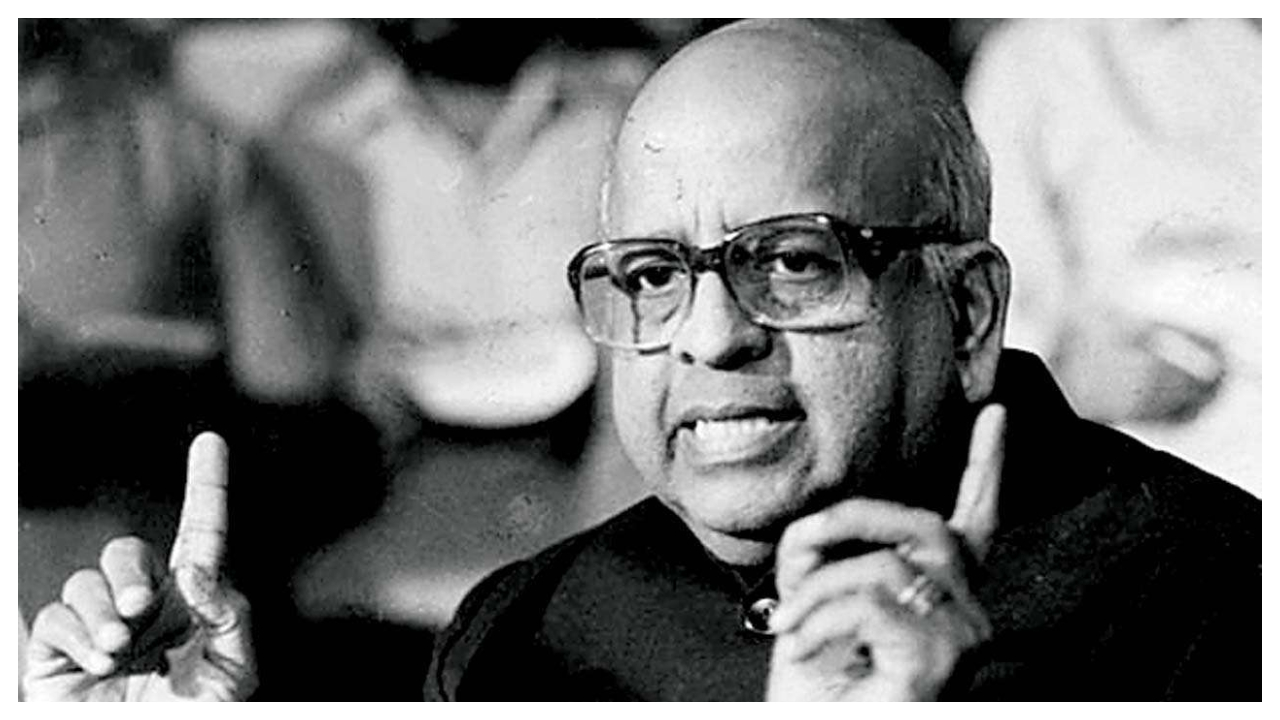 TN Seshan passed away on November 10, 2019. He was famous for strictly enforcing electoral rules in India when he was Chief Election Commissioner of the country. He was 86. Seshan had played an important role in electoral reforms in the country in the 1990s. He made many changes in the Indian election system. The voter ID card was also started in India by him. In 1997, he contested the presidential election but defeated by KR Narayanan. He also wrote the books 'The Degeneration of India' and 'A Heart Full of Burden'. TN Seshan was awarded the Ramon Magsaysay Award in 1996. 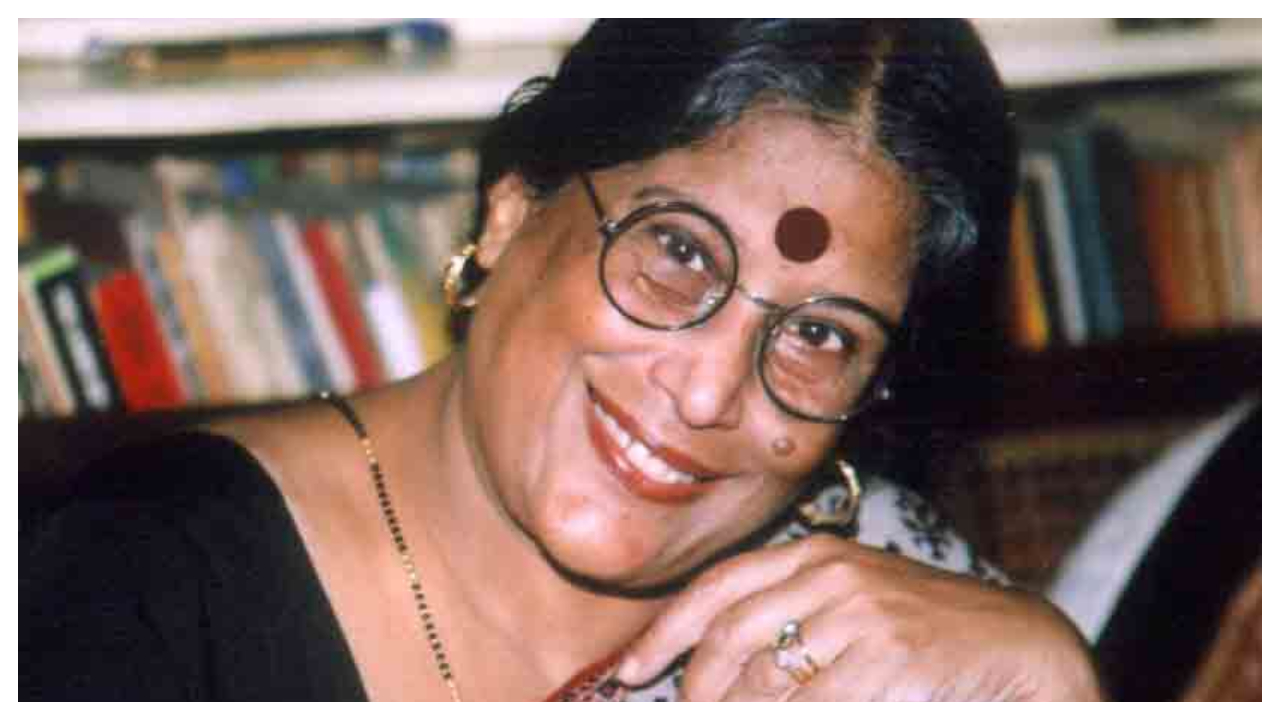 Nabaneeta Dev Sen, Sahitya Academy Award winner and a noted writer, passed away on November 7, 2019. She was 81. Nabaneeta was the first wife of economist Amartya Sen. 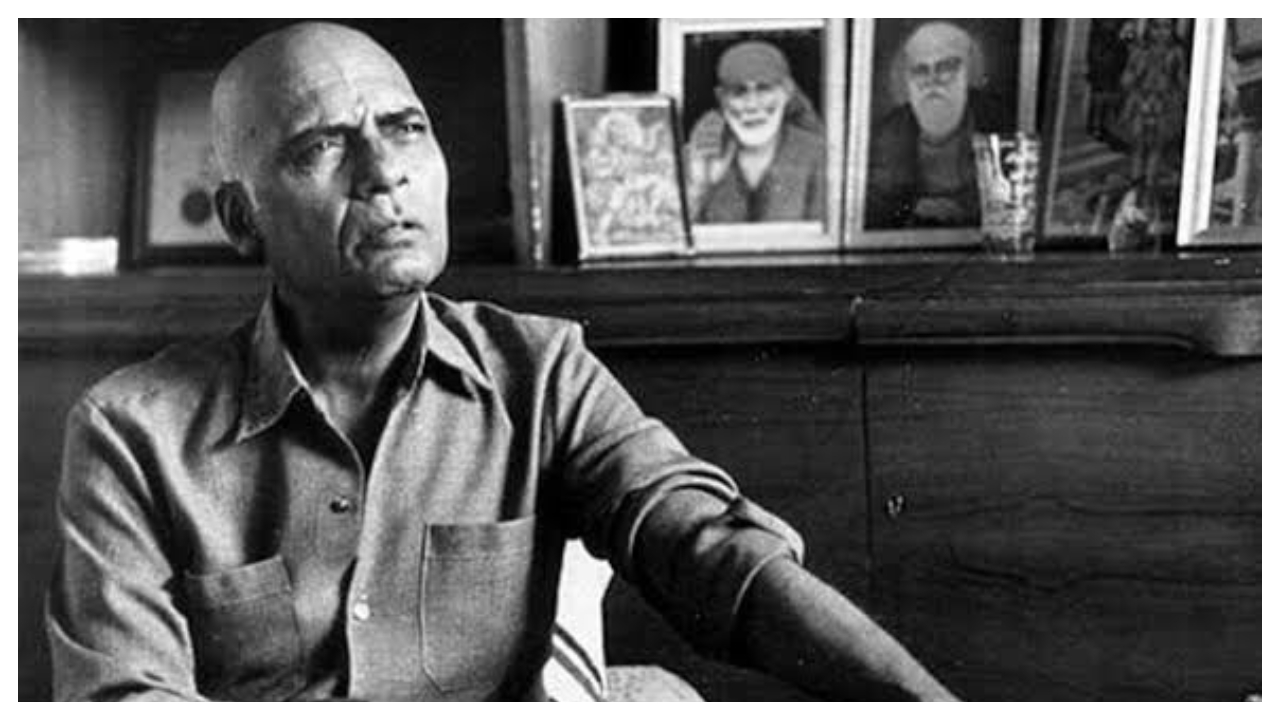 Veteran music director of India Mohammed Zahur Khayyam, known as Khayyam, passed away on August 19, 2019. He was 92. Khayyam was best known for his music in movies like Kabhi Kabhi and Umrao Jaan. Mohammed Zahur Khayyam was honoured with the National Film Award for his work in Umrao Jaan in 1982.  He received Filmfare Awards in 1977, 1982 and 2010.

Jaipal Reddy, former Union Minister passed away at the age of 77 in Hyderabad on July 28, 2019. The veteran Congress leader was being treated for high fever in the ICU at Asian Institute of Gastroenterology in Hyderabad. S Jaipal Reddy was a five-time Member of Parliament (MP) and four-time Member of Legislative Assembly (MLA). He was also a two-time Rajya Sabha MP and was a union minister under three governments.