According To The News Nation Opinion Poll, 39 Per Cent Of The People Feel That Narendra Modi Is The Most Favourable Prime Ministerial Candidate In The 2019 Lok Sabha Polls.

Congress party president Rahul Gandhi has already expressed his interest to become the prime minister if the Congress or a coalition led by the party manages to get a majority in the upcoming 2019 Lok Sabha elections. With elections around the corner, the most important question at the moment is who is the top choice for the prime minister's position. News Nation has conducted an opinion poll in Haryana to find out an answer to this question and other relevant issues. According to the News Nation Opinion Poll, 39 per cent of the people feel that Narendra Modi is the most favourable prime ministerial candidate in 2019 Lok Sabha polls. However, 34 per cent of people want Rahul Gandhi to run the country. 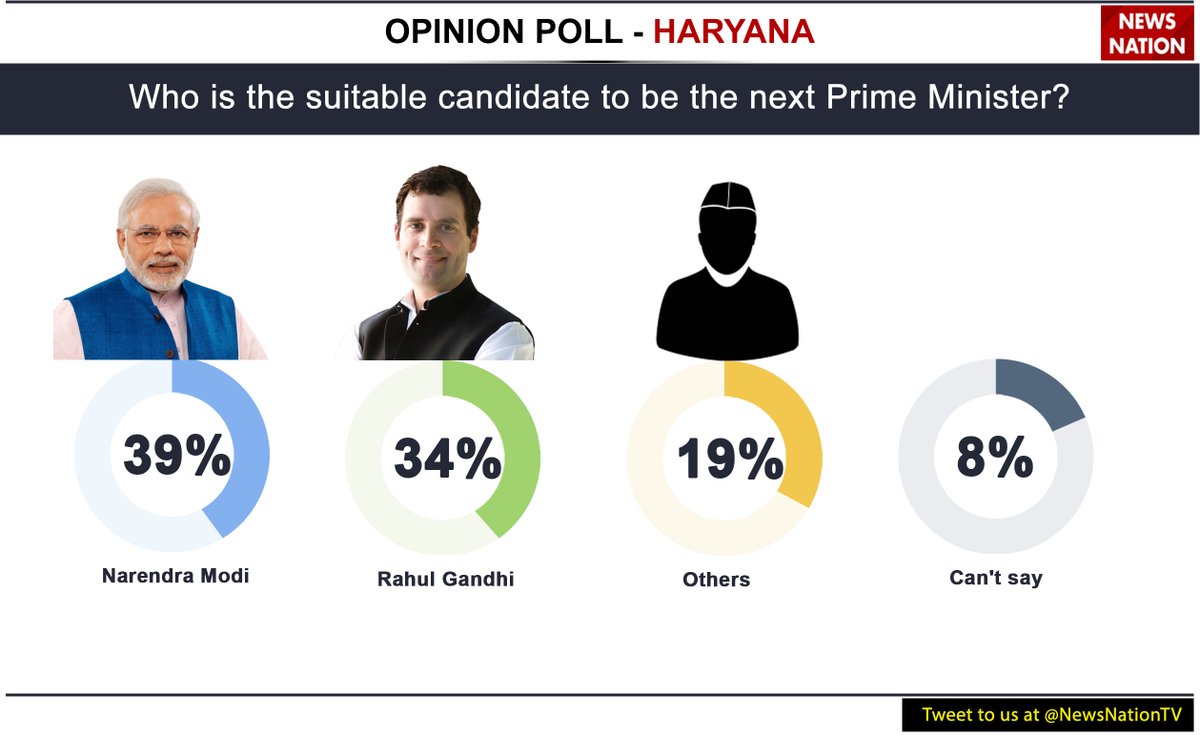 As per the News Nation poll survey in the state, the BJP is projected to win 5 seats whereas the Congress may bag 3. The Indian National Lok Dal (INLD) and the Jannayak Janata Party (JJP) may win one seat each in 2019 General Elections.

When asked about the biggest issue which they will keep in mind while voting for Lok Sabha Elections, 20 per cent people voted for inflation. Corruption (16 per cent), employment (15 per cent) and basic infrastructure (8 per cent) are some other important issues which people of the state will consider at the time of voting. 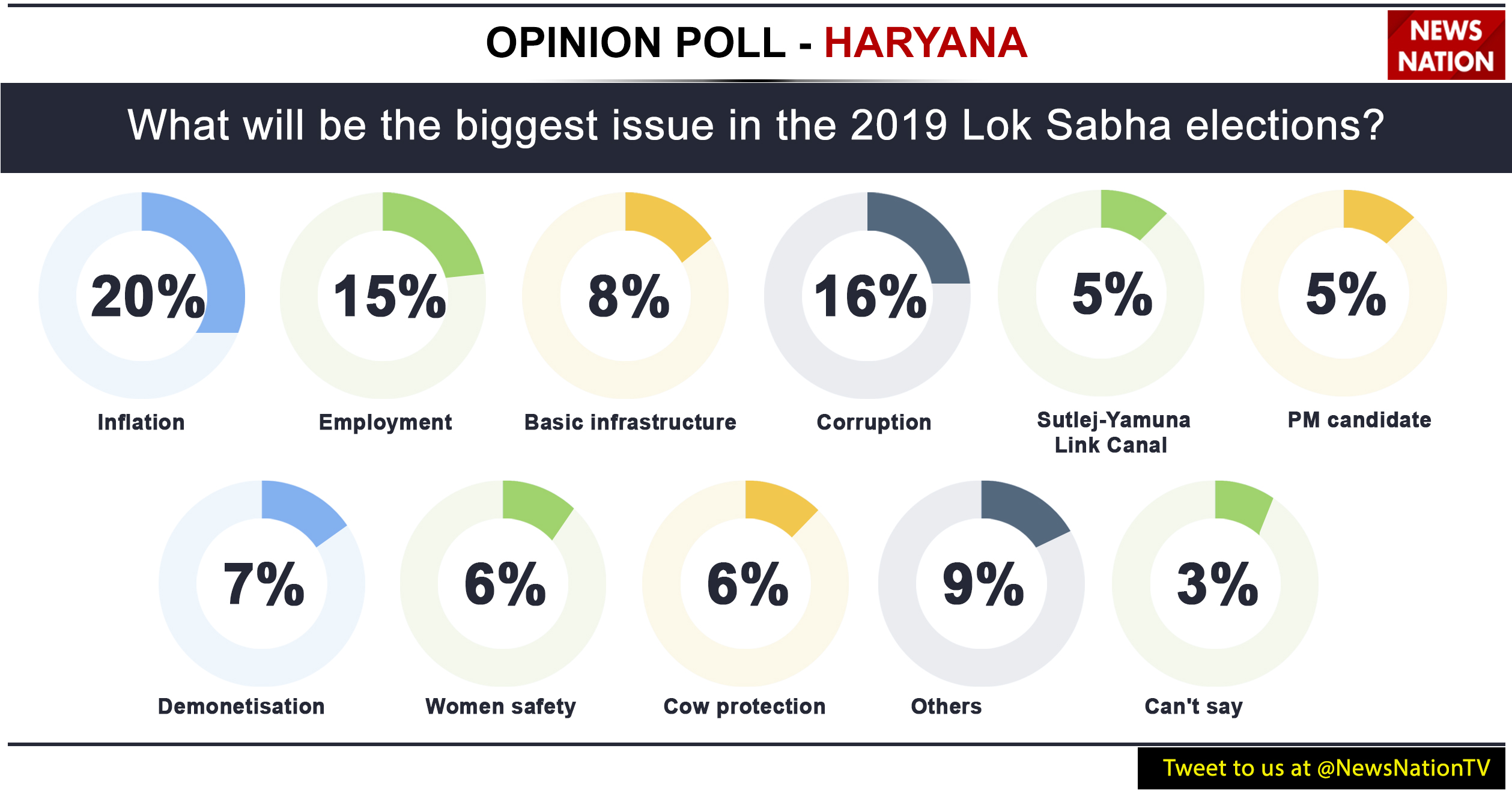 Most of the people (44 per cent) in the state feel that government's decision to reserve 10% of seats for the general category poor will benefit the BJP in the Lok Sabha elections. But 32 per cent believe that it won't help the party.