Akhil Bharat Hindu Mahasabha on Wednesday wrote to the chairman of Bal Council Of India seeking action against senior advocate Rajeev Dhavan, who reportedly tore a map of Hindu deity Lord Ram's "birthplace" during the hearing of Ayodhya land dispute case in the Supreme Court. In the letter, the Hindu Mahasabha said that senior members of the Bar Council are expected to maintain the high standard of the profession and termed Dhavan's act "highly unethical".

"Rajeev Dhavan, senior advocate of the Supreme Court of India had committed highly unethical by tearing into pieces a copy of the map submitted before the Hon'ble Supreme Court, when a copy of the said document was handed over to him...." the letter stated.

Rajeev Dhavan, the Muslim Counsel, had tore the map, which claims to be the exact birthplace of Lord Ram during a heated argument with senior lawyer representing the Hindu Mahasabha. Titled ‘Janma-Sthan of Lord Ram,’ the map has elaborate floor plan that shows Kaushalya Bhavan, Sita Rasoi, Sita Kup and Sumitra Bhavan. It also shows the place of Kaikayee Bhavan. 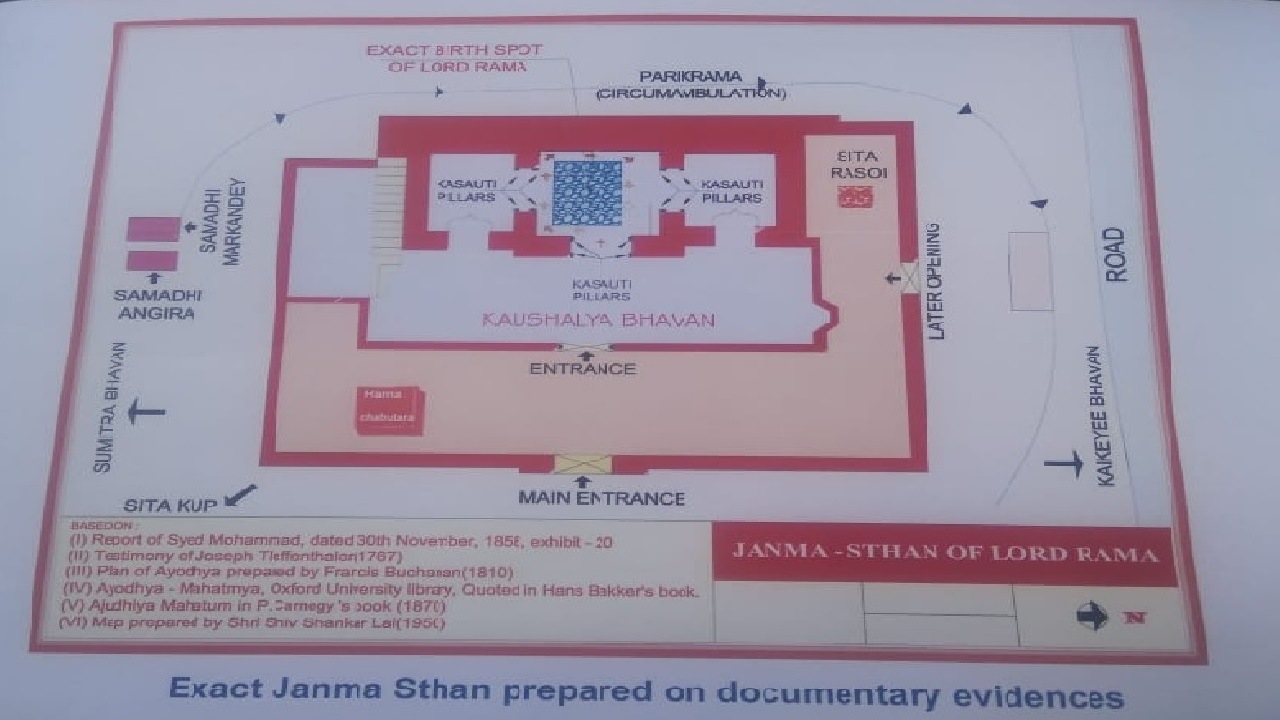 The map tore by Rajeev Dhavan

The reference to the pictorial map showing the exact birthplace of Lord Ram at the disputed site in Ayodhya by Senior advocate Vikas Singh, representing the All India Hindu Mahasabha, was objected to by Dhavan. Dhavan then asked the bench as to what he should do with it, to which the bench said that he can shred it into pieces. Dhavan then tore the pictorial map, provided by the counsel for All India Hindu Mahasabha, in the courtroom.

During the arguments, Singh referred to various aspects of the Allahabad High Court judgment and said there has been long faith and belief on the part of Hindus with regard to the scared nature of the birthplace of Lord Ram. Dhavan had also objected to Singh's attempt to refer to a book on Ayodhya, written by former IPS officer Kishore Kunal, saying such attempts should be disallowed.