BJP Who Apparently Had No Support To Form The Majority Government In The 288-member Assembly Till Morning, Saturday Got Unexpected Support From Ajit Pawar Whose Party Had Almost Sealed The Deal For A Grand Alliance With The Shiv Sena And The Congress.

In the biggest political twists in recent years, a day after Shiv Sena supremo Uddhav Thackeray emerged as the Shiv Sena-NCP-Congress' consensus candidate for the chief minister's post, BJP's Devendra Fadnavis and NCP leader Ajit Pawar took oath as the chief minister and deputy chief minister respectively. The Bharatiya Janata Party (BJP) who apparently had no support to form the majority government in the 288-member Assembly till morning, Saturday got unexpected support from Ajit Pawar whose party had almost sealed the deal for a grand alliance with the Shiv Sena and the Congress. The three parties already had prepared a draft of the common minimum programme (CMP) to guide the actions of the new government.

NCP chief Sharad Pawar, however, said it was his nephew Ajit Pawar's own decision and not that of the party. This political development finds similarity in the 1978 Maharashtra politics, where Sharad Pawar's actions were no different than those of today's Ajit Pawar.

Sharad Pawar and Maharashtra politics in 1978

The year 1978 marked fresh state elections, with Janata Party emerging as the single largest party, but without a majority. Pawar broke away from the Congress (U) and formed a coalition government with the Janata party paving way for him to become the youngest chief minister of state at 38. The alliance was named Progressive Democratic Front (PDF). To his surprise, yet an expected development, the alliance couldn't last following Indra Gandhi’s return to power.

Nephews breaking away from Uncles is nothing new in Maharashtra politics. In 2006, Bal Thackeray's nephew, Raj Thackeray broke away from Shiv Sena to form the Maharashtra Navnirman Sena (MNS) during Thackeray's retirement and appointment of his son, Uddhav rather than Raj as the leader of Shiv Sena. 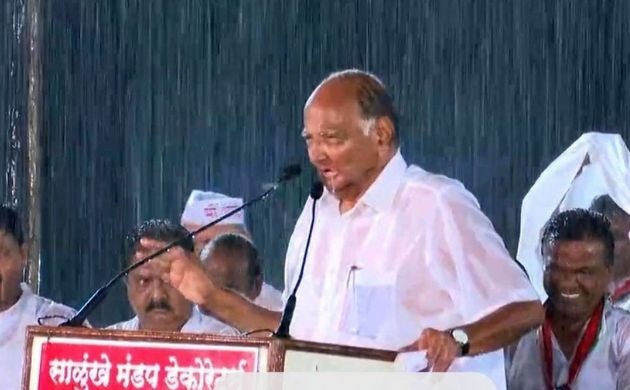 Who is Sharad Pawar?

Pawar has served as the Chief Minister of Maharashtra on three occasions and held the posts of Minister of Defence and Minister of Agriculture in the Government of India. He formed the party in 1999, after separating from the Indian National Congress. Outside of politics, Pawar served as the Chairman of the Board of Control for Cricket in India BCCI from 2005 to 2008 and as the president of the International Cricket Council from 2010 to 2012.