The Defence Research And Development Organisation (DRDO) Successfully Test-fired The Two Missiles From The Integrated Test Range (ITR) At Chandipur Near Balasore In Odisha.

India successfully conducted two back-to-back flight tests of its state-of-the-art quick reaction surface-to-air missiles (QRSAM) against live aerial targets from a base in Odisha on Sunday. The Defence Research and Development Organisation (DRDO) successfully test-fired the two missiles from the integrated test range (ITR) at Chandipur near Balasore in Odisha.

"Two missiles were tested against two live targets meeting complete mission objectives of engaging the targets. QRSAM, with many state-of-the-art technologies, engaged the targets at different ranges and altitudes," an official statement said.

The entire mission was captured by various electro-optical tracking systems, radar systems and telemetry systems. The all-weather and all-terrain QRSAM system has been developed for the Army, with search and track on the move capability having a very short reaction time.

Defence Minister Rajnath Singh has congratulated the DRDO on achieving the significant milestone, the statement said.

The missile, which can be mounted on a truck and stored in a canister, is equipped with electronic counter measures against jamming by aircraft radars, defence sources said. 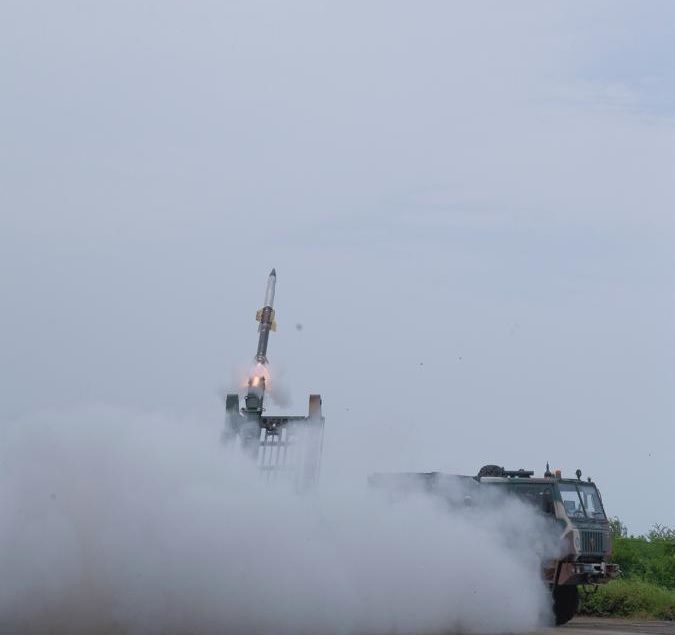 QRSAM uses solid-fuel propellant and has a range of 25-30 km, the sources said.

The first trial of the QSRAM was conducted on June 4, 2017, they said. On February 26, 2019, two rounds of trials were successfully carried out on the same day.

The two missiles were tested for different altitude and conditions. The test flights had successfully demonstrated their aerodynamics, propulsion, structural performance and high manoeuvring capabilities, the sources added.