PM Modi Gave The Indian Military A Free Hand To Act Regarding The Time, Place And How They Want To Move Forward. In The Meantime, The Pentagon Has Asked Both India And Pakistan To Avoid Further Military Action.

With a sharp spike in tensions between India and Pakistan following an airspace violation across LoC, Prime Minister Narendra Modi on Wednesday met service chiefs and National Security Advisor (NSA) Ajit Doval at his residence at 7, Lok Kalyan Marg, to discuss the prevailing situation at the border areas in Jammu and Kashmir. The meeting came hours after Pakistan on Wednesday intruded into Indian airspace in Jammu and Kashmir's Nowshera and Poonch sectors of Rajouri district and captured one of its pilots. PM Modi gave the Indian military a "free hand" to act regarding the time, place and how they want to move forward. In the meantime, the Pentagon has asked both India and Pakistan to avoid further military action.

Delhi: Visuals from outside 7, Lok Kalyan Marg where the CCS (Cabinet Committee on Security) meeting has now concluded. pic.twitter.com/gTVCWwdbL1

19.02 pm: The CCS meeting chaired by Prime Minister Narendra Modi begins. PM Modi will take stock of the situation as tension escalated between India and Pakistan.

18.47 pm: The Cabinet Committee on Security (CCS) meeting chaired by Prime Minister Narendra Modi to start shortly. PM Modi will take stock of the situation as tension escalated between India and Pakistan.

17.25 pm: Joint press briefing by Army, Navy and Air Force in New Delhi that was scheduled for 5 pm today has been postponed to 7 pm.

15:10 pm: Pakistan to partially restore its airspace for commercial aviation.

1.15 pm: There will be a joint press briefing by Army and Air Force in New Delhi at 5 pm today.

12.30 pm: Meeting of Army Chief General Bipin Rawat with delegates from panchayat members and ex-servicemen from Jammu and Kashmir scheduled for today has been cancelled.

10.32 am: Concerned about deteriorating situation in Kashmir. Strongly condemn terrorist attack on 14Feb for which Islamic extremist group “Jaish-e-Mohammad” claimed responsibility; urge Pakistan to take stronger measures to counter terrorism. In response to the mounting tension due to the operations since 26 February between the Indian Air Force and the Pakistan Air Force, Japan strongly urges India and Pakistan to exercise restraint and stabilise the situation through dialogue, says  Japanese Foreign Minister Taro Kono. 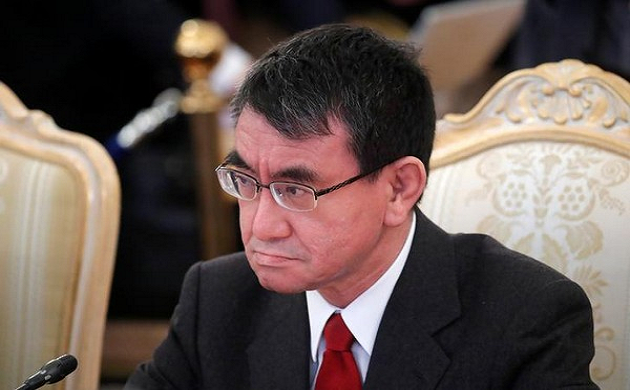 10.30 am: India builds bunkers to protect families along Pakistan border.

9.45 am: Amid escalating tension, Modi Cabinet to meet at 7,LKM today.

9.30 am: Indian High Commission in Pakistan last evening gave a demarche to Pakistan Ministry of Foreign Affairs for the immediate and safe return of Wing Commander. Similar Demarche was given to Pakistan's acting High Commissioner in New Delhi yesterday, reports ANI citing sources.

9.20 am: NSA Ajit Doval and US Secretary of State Mike Pompeo had a telephonic conversation late last night. Pompeo said that the US supported India’s decision to take action against JeM terror camp on Pakistani soil, reports ANI.

9 am: Visuals of security from Manjakote sector of Rajouri District:

8.30 am: The United States State Department called on India and Pakistan to cease all cross-border military activity and return to stability.

8.15 am: Jet Airways pilots call off the protest over salary dues in wake of escalating tension.

8 am: Pakistan violated ceasefire at 6 am today in Krishna Ghati sector along the Line of Control in Poonch district. Indian Army retaliated effectively. Firing stopped around 7 am.

7.45 am: A senior Chinese diplomat expressed “deep concern” over the escalation of tensions between India and Pakistan. 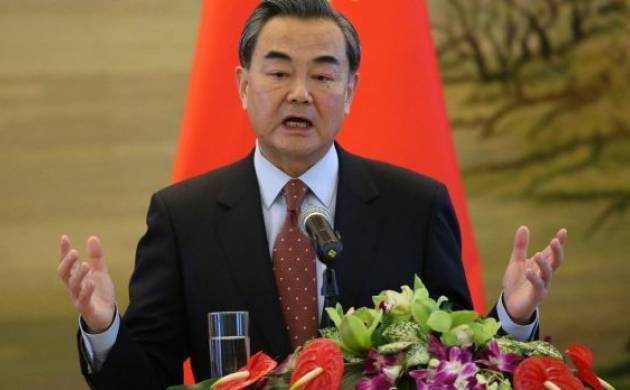 7.31 am: We, as Air Indians take pride and feel duty bound towards national interest and pledge our support to the Nation and as pilots we consider ourselves as the second line of defense after the armed forces to serve our country, says ICPA. 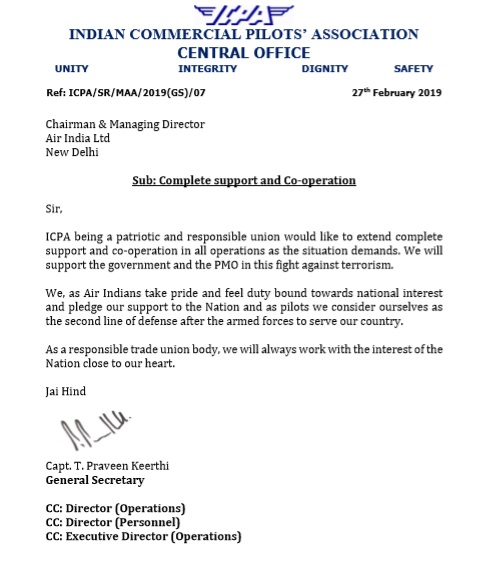 7.30 am: ICPA being a patriotic and responsible union would like to extend complete support and co-operation in all operations as the situation demands. We will support the government and the PMO in this fight against terrorism, Indian Commercial Pilots Association.

7 am: External Affairs Minister Sushma Swaraj to leave for UAE today to take part in Organisation of Islamic Cooperation (OIC) meeting as the Guest of Honor. Pakistan's Foreign Minister Shah Mehmood Quereshi had on Wednesday said that he wouldn't attend the OIC if Swaraj attends the event.

6.49 am: US, UK & France have asked the 15-member United Nations Security Council sanctions committee to subject Maulana Masood Azhar, the head of Pakistan-based militant group Jaish-e-Mohammad, to an arms embargo, global travel ban and asset freeze, as per Reuters.

6.48 am: The United States, Britain and France proposed on Wednesday that the United Nations Security Council blacklist the head of Pakistan-based militant group Jaish-e-Mohammad, which said it attacked an Indian paramilitary convoy in Kashmir, reports news agency Reuters.

6.32 am: The manager of Karachi Bakery's Bengaluru outlet claimed to have received a call threatening to 'blast the store' if the word 'Karachi' was not removed from the name board

6.30 am: The Pakistan airspace will remain closed today. Pakistan Civil Aviation Authority (CAA) announced complete closure of flight operations for all domestic and international airlines across Pakistan till further orders.