Just Like Pakistan's F-16 Fighter Jet, MiG-21 Has Been Continuously Upgraded And Saw Extensive Combat Use By Nations That Purchased Them From The US And The USSR, Later Russia.

The intense aerial engagement between India and Pakistan for the first time since the 1971 war led to a dramatic escalation of confrontation in the last two days. While India claimed to shoot down a F-16 warplane of Pakistan, the Indian Air Force (IAF) lost a MiG-21 Bison during the fierce engagement between the air forces of the two countries along the Line of Control (LoC). Pakistan's retaliation came a day after India on February 26 struck several Jaish-e-Mohammad (JeM) training camps in Balakot in response to the cowardice JeM attack in Jammu and Kashmir's Pulwama district on February 14. During the airstrikes, an IAF pilot was also captured by Pakistan and is yet to return to India.

Meanwhile, the burning question which is doing rounds all over is - why India decided to send MiG-21, which is technically inferior to that of Pakistan's F-16. Moreover, this is not the first time that IAF's MiG-21 has crashed during a Combat Air Patrol (CAP) and is infamously known as 'flying coffin' due to its record of frequent crashes in the last two decades.

However, there are reports that the Indian Air Force (IAF) have defended its decision to send the MiG-21, saying at that time of emergency it was one of the fighters available in the inventory and all the aircraft are rotated based on operations, time and threat level. Furthermore, various other powerful aircraft, including SU-30 MKI and MiG-29 were also put on CAP duty in view of high alert post-Pulwama attack. 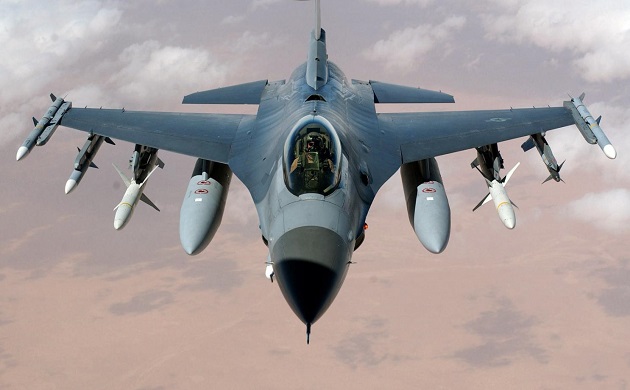 Pakistan's F-16 warplane which was shot down by India's MiG-21 Bison on Wednesday. (File photo)

Being asked about India's decision to send MiG-21 on Wednesday, one of the IAF officers said, "The MiG-21 is something that we have in our inventory and it would be used for operations. We have had a mixture of aircraft doing CAP, and at the time when the Pakistan Air Force jets came in, the MiG-21s were in the air, and hence, they challenged the F-16s".

So how did the India's ancient MiG-21 managed to shoot down Pakistan's technically superior F-16 on Wednesday's gun battle across LoC? Here is an insight-

MiG-21, the Russian aircraft, which was inducted by India 56 years ago, was a masterpiece of its time. Just like Pakistan's F-16 fighter jet, MiG-21 has been continuously upgraded and witnessed extensive combat use by nations that purchased them from the US and the USSR, later Russia.

In order to make it capable of competing with modern fighter jets, India had in 2016 upgraded it with powerful multi-mode radar, better avionics and communications systems, offering better speed and manoeuvrability.

The MiG-21's air-to-air combat effectiveness was also given a boost with the help of visual range missiles in a bid to increase its munition capacity. Therefore, the addition of the R-73 Archer short range and R-77 medium range anti-aircraft missiles allowed the IAF pilot to lock on to Pakistani F-16s from a distance to bring it down.

Since this was a close encounter across LoC on Wednesday, the F-16 s advantage was nullified due to the upgrade provided to MiG-21 Bison with a wraparound windscreen, which gace it a similar view of the enemy. The MiG-21 also has a helmet-mounted sighting system for its pilot to provide with situational awareness due to a bad rear-view.

It's basic design with a delta wing makes it an agile aircraft while the increased fuel capacity has made it a powerful opponent for defending the Indian airspace.

Apart from LoC, the MiG-21 has played a significant role in wars across the world, including in the Middle East and Vietnam. Hence, the MiG-21's classic design accompanied with continuous upgrades has managed to defeat the US made F-16 of Pakistan.