Jyotiraditya Scindia Upset As He Could Not Become Congress President: Acharya Pramod Krishnam

Rishnam Said That Congress Has Given Scindia More Than He Deserved And Advised Him To Learn Loyalty From His Senior Colleague Digvijay Singh.

Congress leader and 'spiritual guru' Acharya Pramod Krishnam on Monday claimed that Jyotiraditya Scindia removed ‘Congress’ from his Twitter bio as he was upset after not being appointed as the party president after Rahul Gandhi relinquished the post. Krishnam said that Congress has given Scindia more than he deserved and advised him to learn loyalty from his senior colleague Digvijay Singh, who despite holding no post, keeps praising the party.

"Jyotiraditya Scindia should stop acting like a kid. He has been respected a lot by the Congress. Actually, he wanted to become Congress president after Rahul Gandhi but could not. This is why he is disappointed," Krishnam said.

Jyotiraditya Scindia, who is said to be upset with the Congress after his name was not considered for the post of the party's Madhya Pradesh unit chief, had removed his Twitter bio, reportedly after a secret meeting with Prime Minister Narendra Modi. Although Scindia claimed he removed it a month ago, there are still rumours that he may switch his loyalty soon. 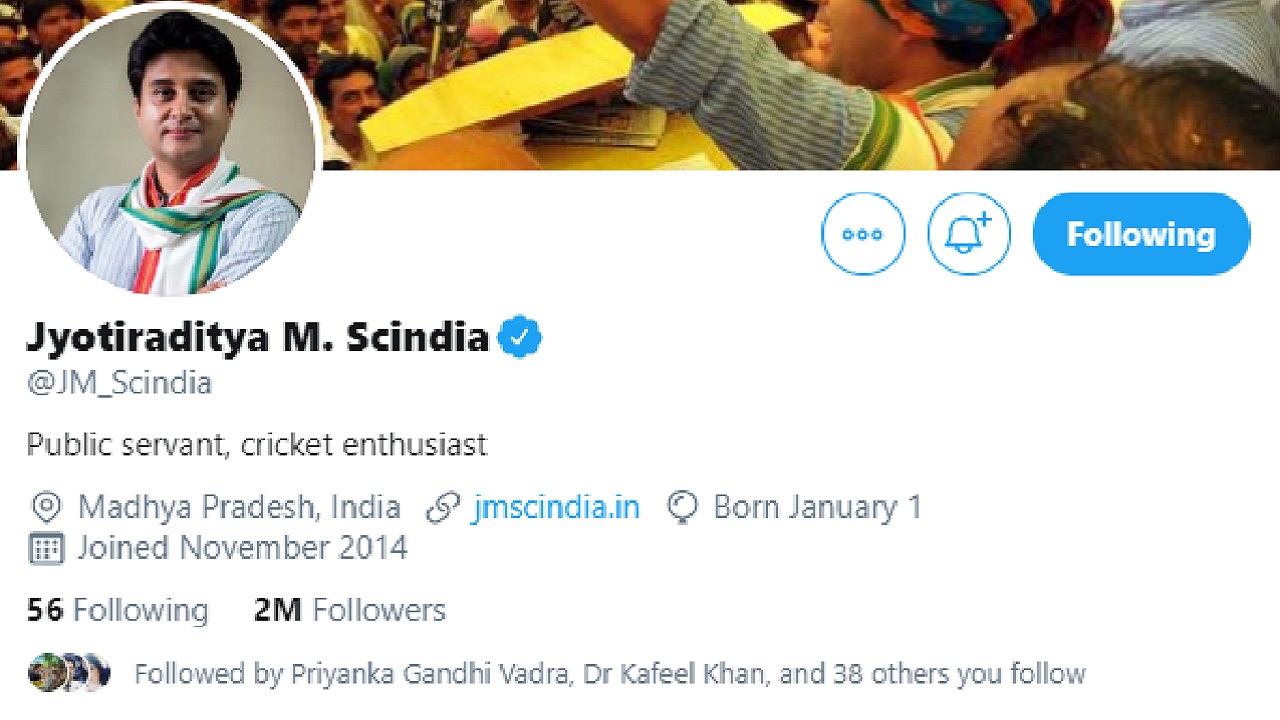 "A month back I had changed my bio on Twitter. On people's advice I had made my bio shorter. Rumours regarding this are baseless," Jyotiraditya Scindia told ANI on being asked about not mentioning of Congress party in his Twitter bio.

He termed the speculations of him joining the BJP after the recent changes in his Twitter bio that describes him only as a "public servant and cricket enthusiast" with no mention of the Congress as "ridiculous commotion".