While Most Of The Rebel MLAs Said They Will Not Take Back Their Resignations, Congress Lawmaker Ramalinga Reddy Announced To Vote For Kumaraswamy Government.

The fate of Congress-JDS government in Karnataka hangs in balance as Chief Minister HD Kumaraswamy moved a trust motion in the Assembly even as rebel MLAs decided to skip the session. While most of the rebel MLAs, who are camping in a Mumbai hotel, said they will not take back their resignations, Congress lawmaker Ramalinga Reddy said that he will vote in favour of Kumaraswamy government.  Sixteen Karnataka legislators - 13 from the Congress and three from the JDS - have submitted their resignations to Karnataka Speaker, triggering a political crisis in the southern state. Two independent legislators have also withdrawn their support to the Congress-JDS coalition government.

#06:35 pm: Bengaluru: BJP MLAs to sit on an over night 'dharna' in the state assembly demanding that the Speaker replies to the Governor's letter and holds a floor test. Assembly adjourned for the day.

#05:48 pm: Bengaluru: Congress MLAs protest in Karnataka Assembly with pictures of its MLA Shrimant Patil, who had gone incommunicado & was later found to be admitted at a hospital in Mumbai. Congress has accused BJP of poaching its MLAs. 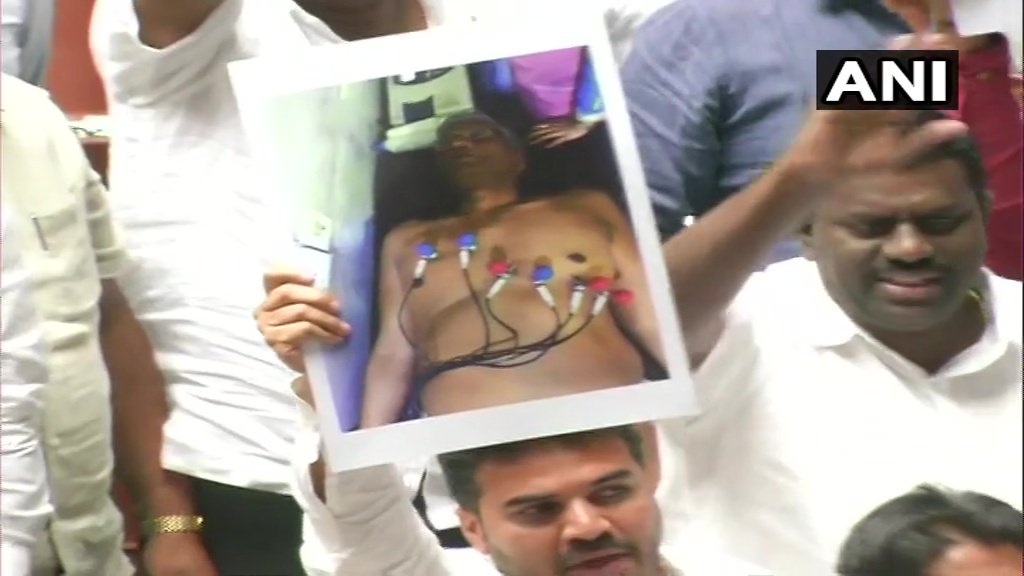 #05:20 pm: Karnataka BJP chief BS Yeddyurappa in Assembly: Even if it is 12 midnight, let the trust vote be held today.

#05:05 pm: BREAKING: Motion of confidence is in consideration at the house. Chief Minister is expected to maintain confidence of the house at all times. Consider trust vote by the end of the day. 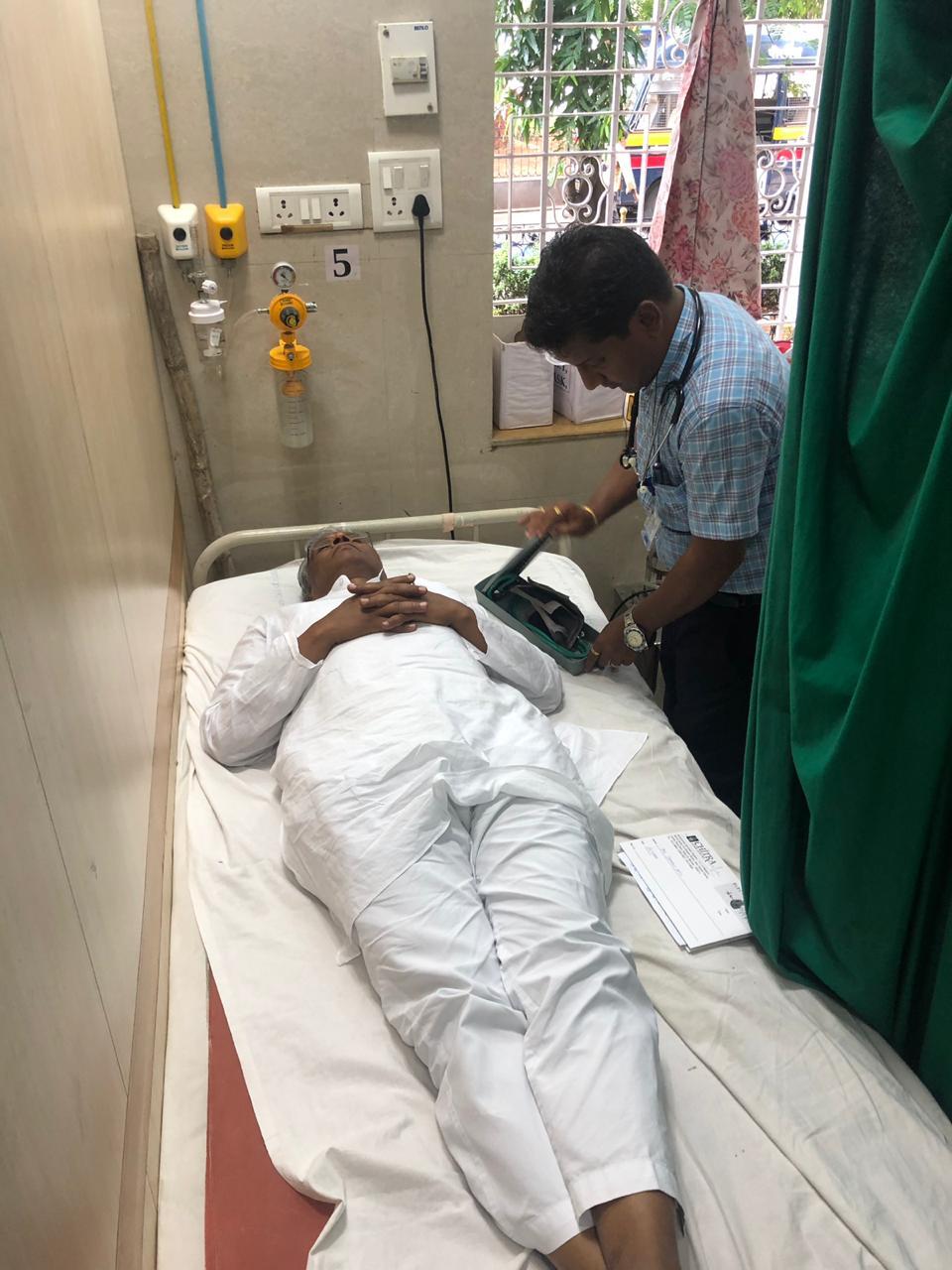 #04:23 pm: Jagadish Shettar, BJP: CM had fixed today for vote of confidence but when the motion was moved & debate started, Siddaramaiah, Krishna Byre Gowda, & HK Patil moved point of orders. We have requested Governor to direct the Speaker to continue the debate on vote of confidence. 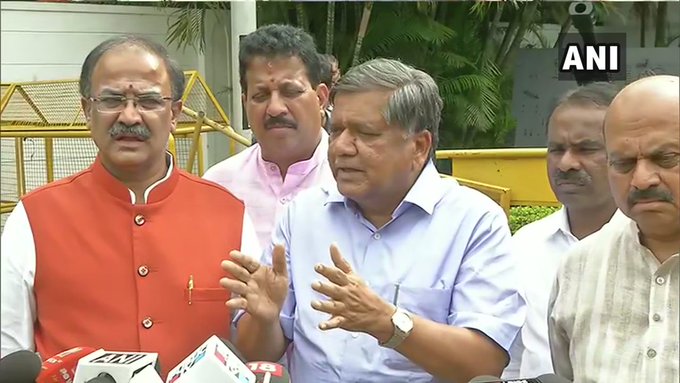 #04:01 pm: Karnataka Assembly Session adjourned till 4.30 pm. The Speaker said he will take legal advise since the issue is in the Supreme Court. He will be meeting the Attorney General shortly.

#03:40 pm: "There was hospital right next to resort where our MLAs are staying, then why was he (MLA Shrimant Patil) flown to Chennai & then to Mumbai for treatment? He is healthy, nothing is wrong with him. It's a conspiracy by BJP," says Karnataka Congress chief.

#03:25 pm: DK Shivakumar, Congress in Karnataka Assembly says, "There were 8 MLAs who traveled together, here is a picture of one of them (Shrimant Patil) lying inert on a stretcher, where are these people? I'm asking the Speaker to protect our MLAs." Uproar in the house after this. 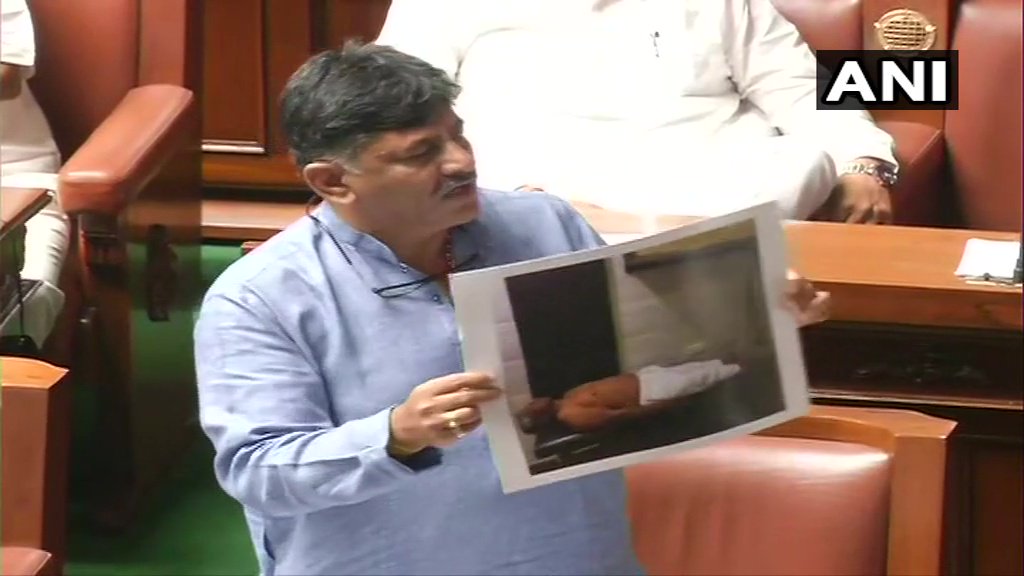 #01:50 pm: "I will neither be coerced nor influenced. I'll be unbiased and impartial. I'll be fair and judicious. This is my stand": Karnataka Speaker KR Ramesh Kumar reiterates in Karnataka Assembly 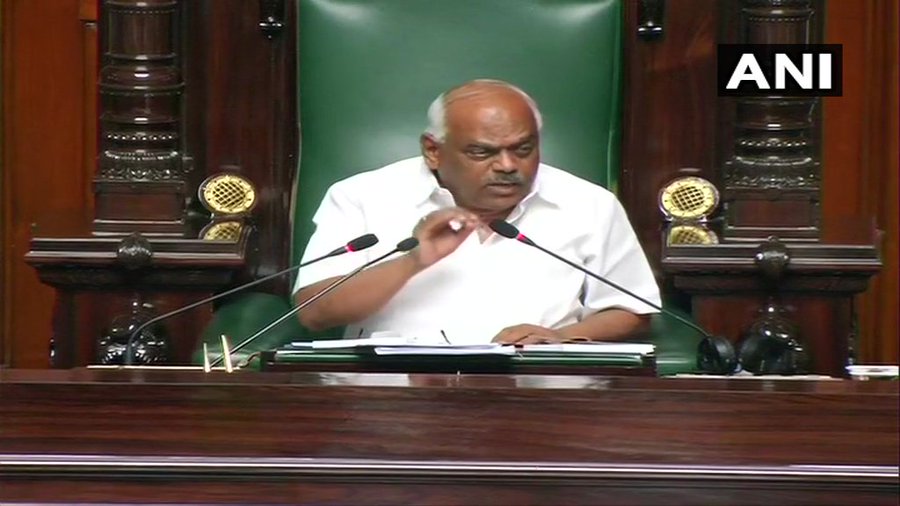 #01:30 pm: Total 19 MLAs are absent from the Assembly session. All of them belonged to ruling coalition. 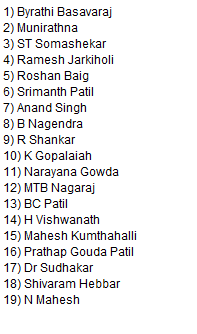 #01:09 pm: More troubles for Kumaraswamy government as BSP MLA N Mahesh skips Assembly session. He is the only BSP MLA and supported the coalition govenrment. He reportedly said that neither Kumaraswamy nor DK Shivakumar asked Mayawati for BSP's support.

#12:45 pm: "This house holds the Supreme Court in the highest esteem. Simultaneously, let me make it abundantly clear to the CLP leader that this office is not restraining you (him) from doing or exercising any of (his) authorities. I have no role to play in that: Karnataka Speaker

#12:35 pm: "As leader of the Congress Legislative Party, in the interim order issued by the Supreme Court on the petition by MLAs, my right to whip the members of our party seems to have been crushed," Siddharamaiah asks Speaker to clarify SC order on whips.

#12:05 pm: Karnataka Congress MLA Shrimant Patil who was staying with other Congress MLAs at Windflower Prakruthi Resort in Bengaluru, reached Mumbai last night, currently admitted to a hospital in Mumbai after he complained of chest pain. 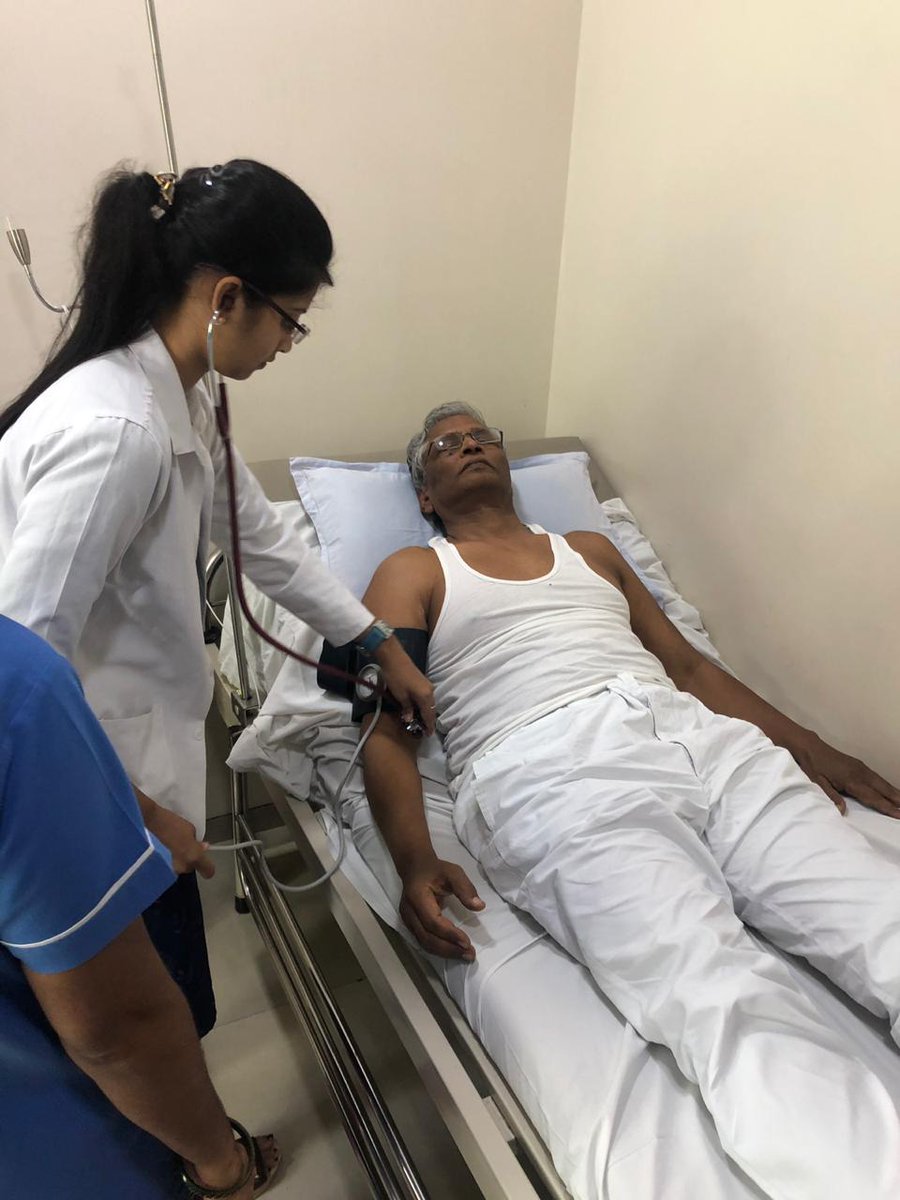 #11:45 am: HD Kumaraswamy: "I haven't come just because there is a question on whether I can run a coalition government or not. Events have shown that even the role of the Speaker has been put under jeopardy by some legislators."

#11:38 am: Kumraswamy moves trust motion in Karnataka Assembly. He says: "The legislators have forgotten to conduct themselves properly by making such false allegations against our stable government in the apex court."