Lal Bahadur Shastri Was One Of The Most Popular Prime Ministers Of The Independent India Who Played A Crucial Role In Shaping Up The Country's Future.

Today, on his 53rd death anniversary, we bring to you some interesting facts about Lal Bahadur Shastri:

• Shastri was not the real surname of India’s second prime minister. He got the title of ‘Shastri’ after the completion of his graduation from Kashi Vidya Peeth in Varanasi in 1925.

• Lal Bahadur Shastri, who served as the Prime Minister during the Indo-Pak war in 1965, stopped drawing his salary after India faced food scarcity. 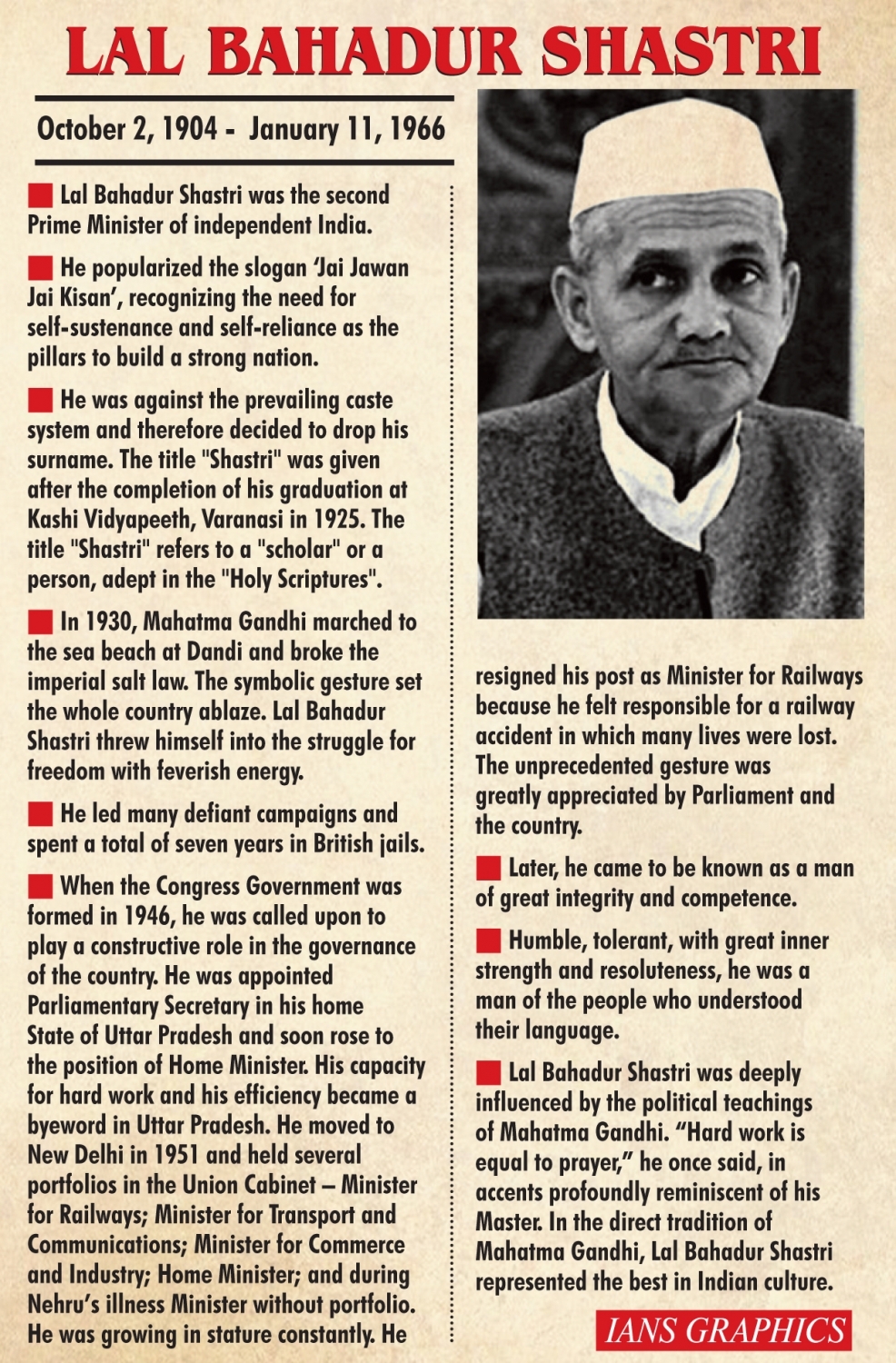 • Shastri introduced the provision of female drivers and conductors in public transportation when he was the Transport Minister.

• He accepted a Khadi cloth and spinning wheel as dowry at his wedding.

• Shastri introduced the rule of spraying jet water to disperse the crowd instead of lathi charge, during his tenure as the Minister of Police.

• Shastri took part in the Salt March, for which he was jailed for a period of two years.