Prime Minister Narendra Modi will inaugurate the International Judicial Conference (IJC) being held at the Additional Building, Supreme Court Complex in the national capital, shortly. The theme of the International Judicial Conference 2020 is 'Judiciary and the changing world'. "The PM is scheduled to inaugurate the conference at 10 am tomorrow," the BJP had said in a tweet. Union Law Minister Ravi Shankar Prasad and Chief Justice Sharad Bobde will also be present on the occasion. Chief Justice of Australia will also be present.

Justice Arun Mishra delivering the Vote of Thanks.

Issues like data protection, cybercrime pose new challenges for judiciary; artificial intelligence will help in dealing with them: PM Modi

There was a time when it was said that swift growth and the protection of the environment cannot take place together. India has changed this perspective. Today, India is progressing swiftly while also increasing its forest cover: PM Modi

Through various PILs, the Supreme Court has safeguarded environmental protection in the country, PM Modi.

While facing challenges, all three pillars of the country have found the right route for the Constitution on several occasions: PM Modi 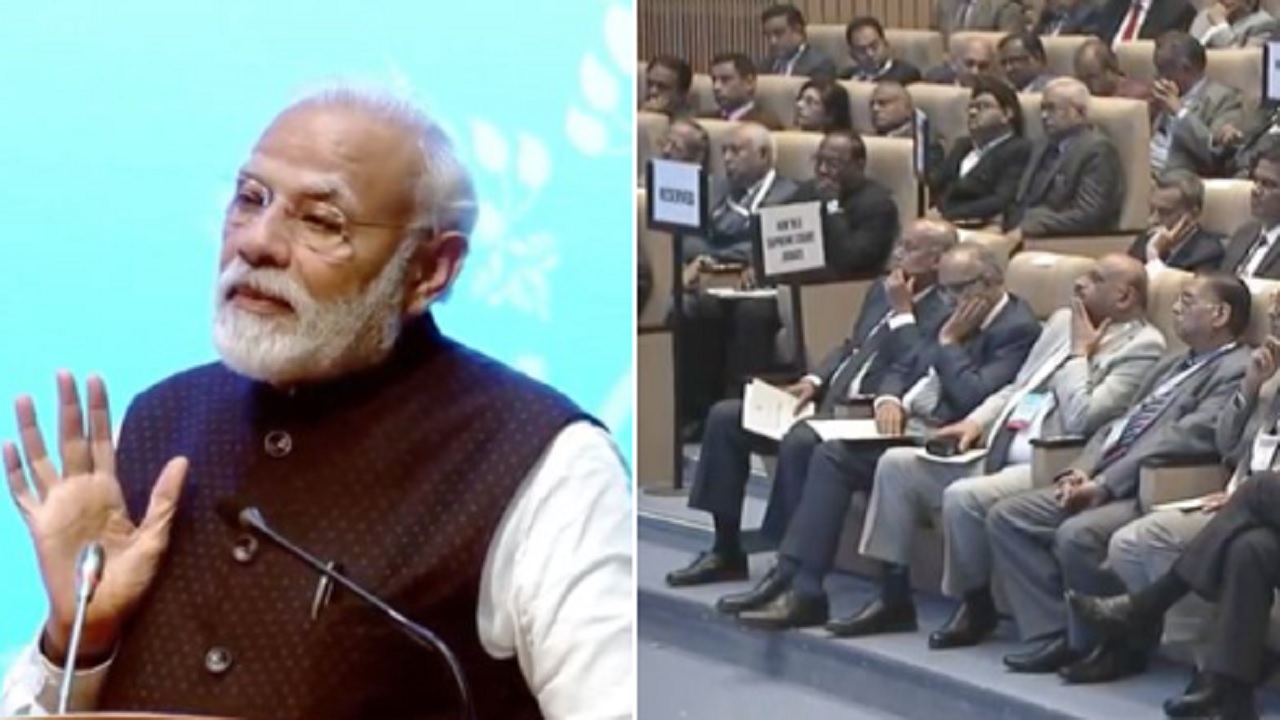 Recently, some major decisions have been made that were discussed in the entire world. Prior to the decisions, a lot of debate had taken place. Instead, 130 crore Indians accepted the decisions taken by the Honourable Court: PM Modi at International Judicial Conference.

This decade is the decade for all major changes happening all around the world, including in India: PM Modi 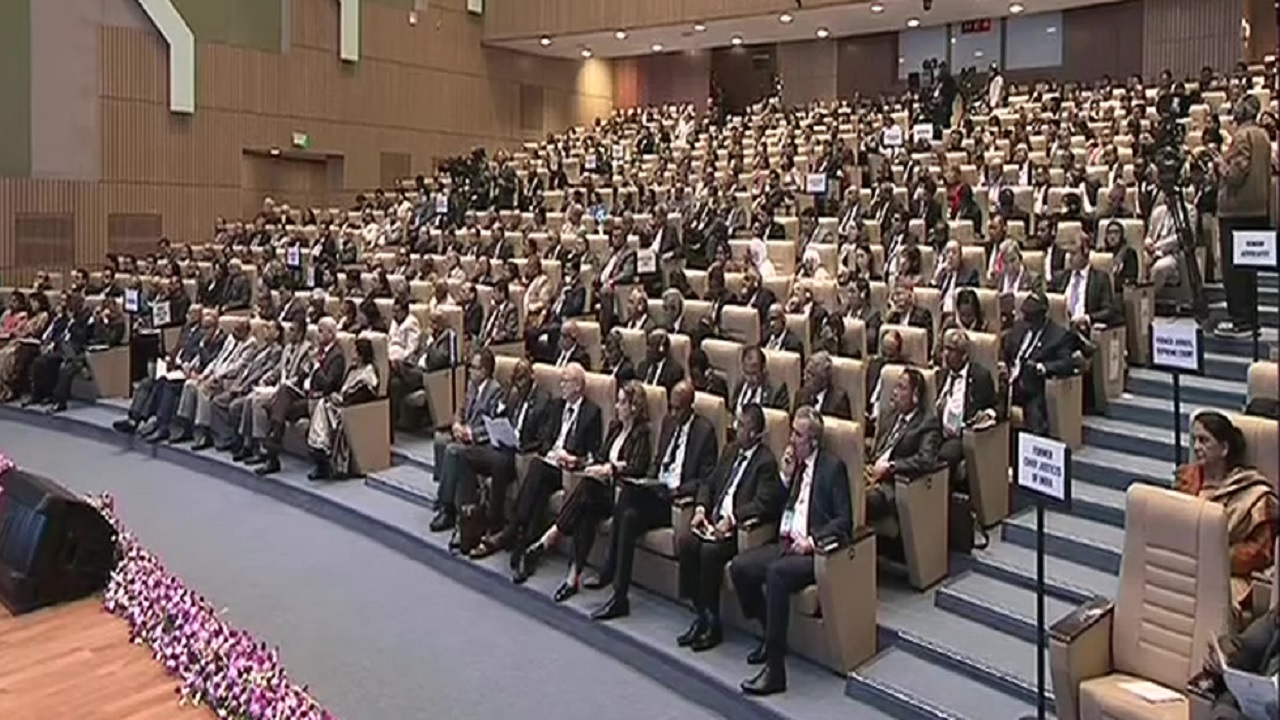 Respected Mahatma Gandhi's life was devoted to truth and service, which are considered foundation of any judiciary. He himself was a barrister. He has written in great detail in his autobiography about the first case he fought.

'Fundamental Duties' are the neglected part of Constitution: CJI Bobde.

Rule of Law success in the country depends on how the Judiciary responds to challenges, CJI SA Bobde.

CJI Bobde quotes Mahatma Gandhi to say that if everybody performs his duty, all rights are taken care of.

Indian has assimilated all cultures who have come to our shores. The Mughals, the Portugese, the Dutch, the English”: CJI Bobde

It is my privilege to welcome you all to the first ever International Judges Conference: CJI Bobde

Chief Justice of India S A Bobde begins his address.

Governance must be left for those who are elected representatives, says Law Minister Ravi Shankar Prasad.

Some people start campaigning in social media about what kind of judgment courts should deliver, and criticize the judges if the judgment they expect is not given: Ravi Shankar Prasad on social media pressure on judiciary.

In a democracy we welcome dissent, says Ravi Shankar Prasad.