Through This Opinion Poll, We Asked Several Questions From The People Of The State And Tried To Find Out Who Has The Better Chance In The Upcoming Lok Sabha Polls In Jammu And Kashmir.

In the 2014 Lok Sabha polls, the BJP won 3 seats in the state. The PDP also won 3 seats. The National Conference was not able to open its account in the state and the Congress also drew a blank. In the 2014 Assembly polls, the PDP had won 28 seats and emerged as the single largest party. The BJP also performed well in the elections and won 25 seats. Later, both the parties came together to form the government in the state.

Highlights of News Nation Opinion Poll in Jammu and Kashmir: 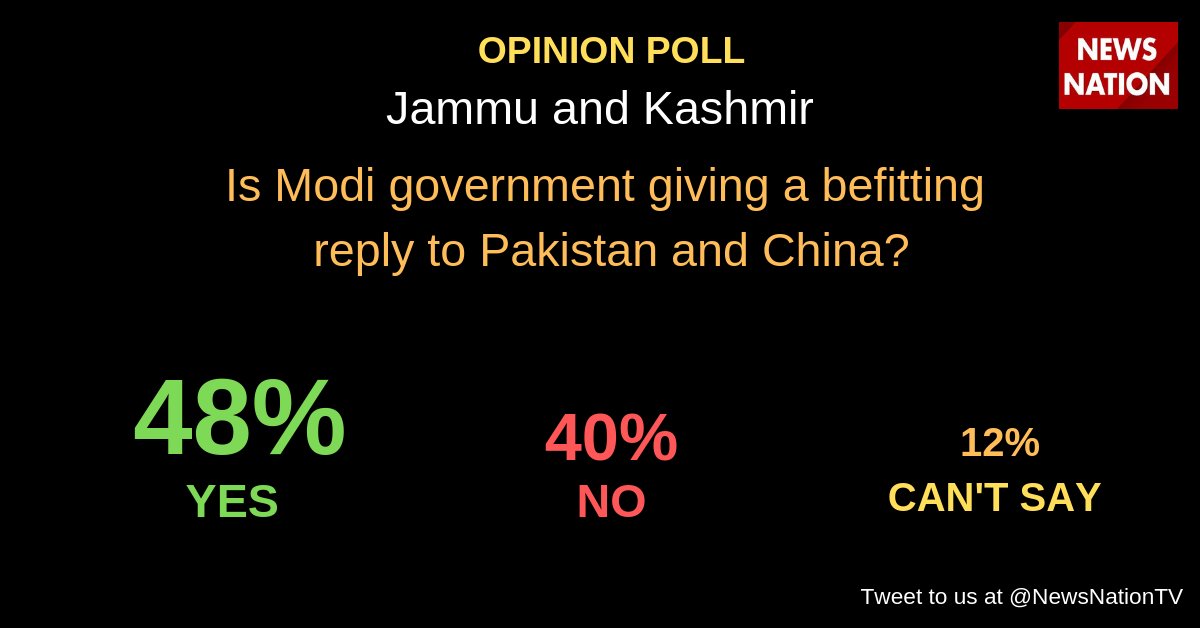 6:37 pm: Who will be best suited to become the next PM of India? 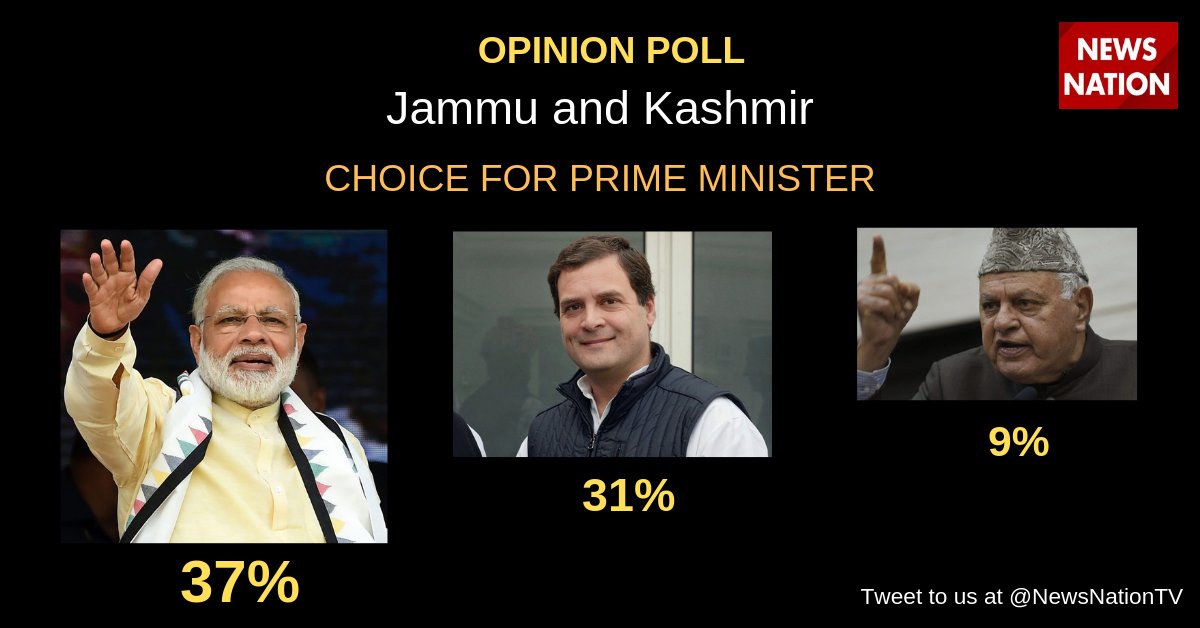 6:36 pm: Narendra Modi is the top choice for the post of Prime Minister in Jammu and Kashmir.

6:35 pm: Narendra Modi or Rahul Gandhi? Who is the first choice for Prime Minister in Jammu and Kashmir?

Read | News Nation Opinion Poll: BJP to get most votes in Jammu and Kashmir

6.34 pm: Are you satisfied with the BJP-led NDA government?

6:33 pm: Is Article 370 an obstacle in the development of Jammu and Kashmir? 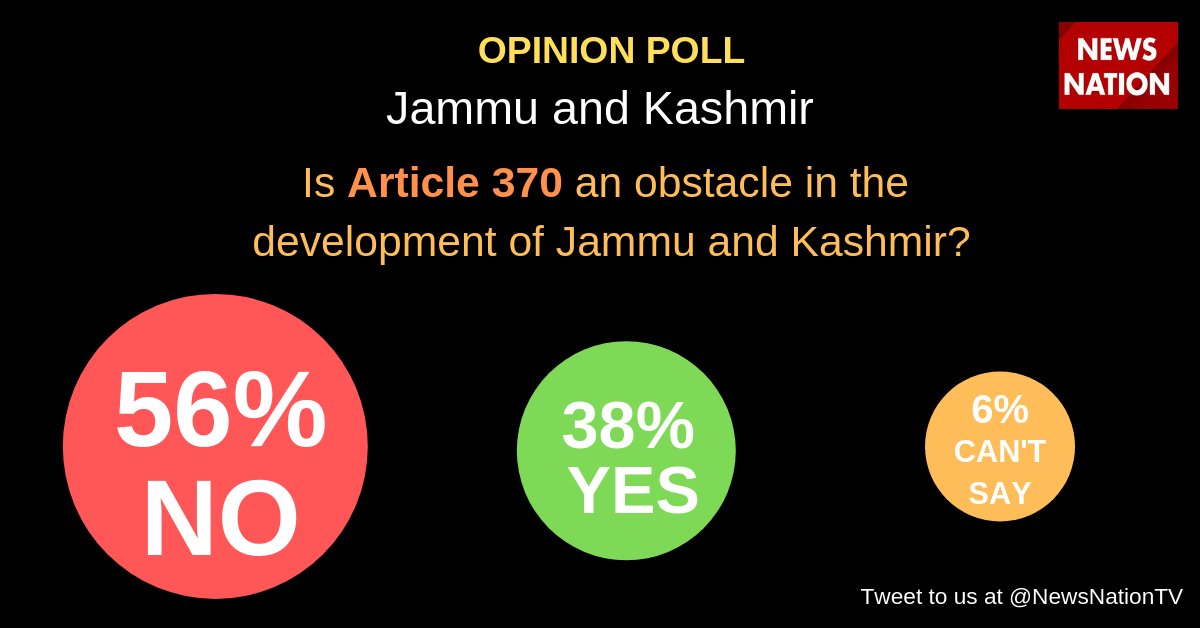 6:32 pm: Which party can solve your problems in a better way? 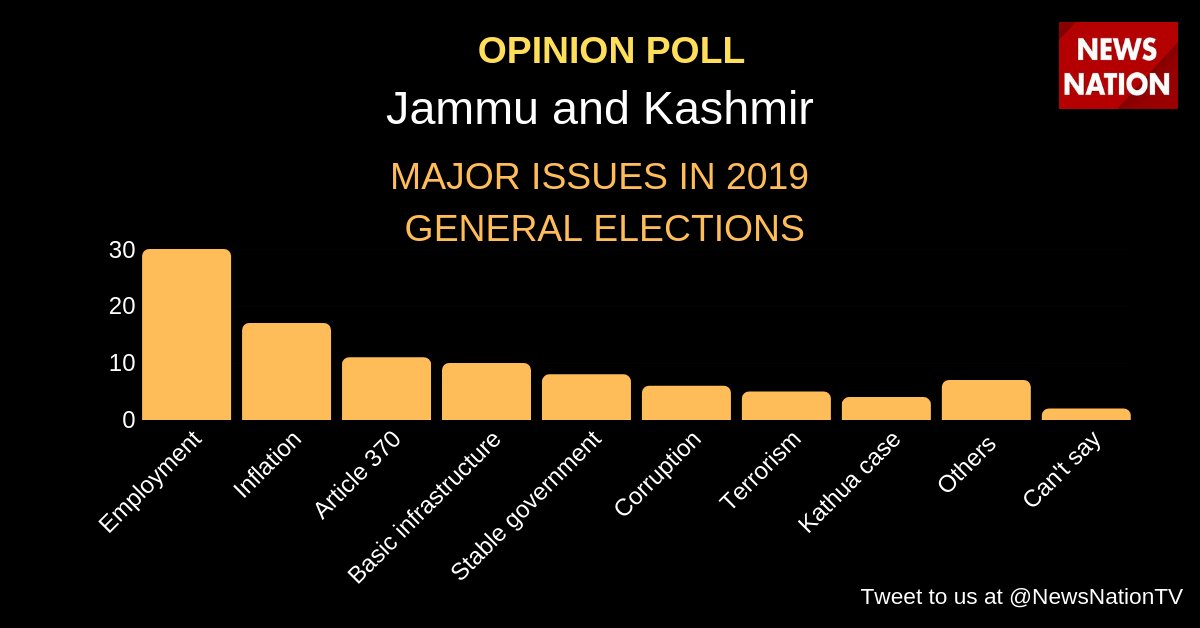 6:27 pm: The PDP emerged as the single largest party in the 2014 Assembly elections with 28 seats. 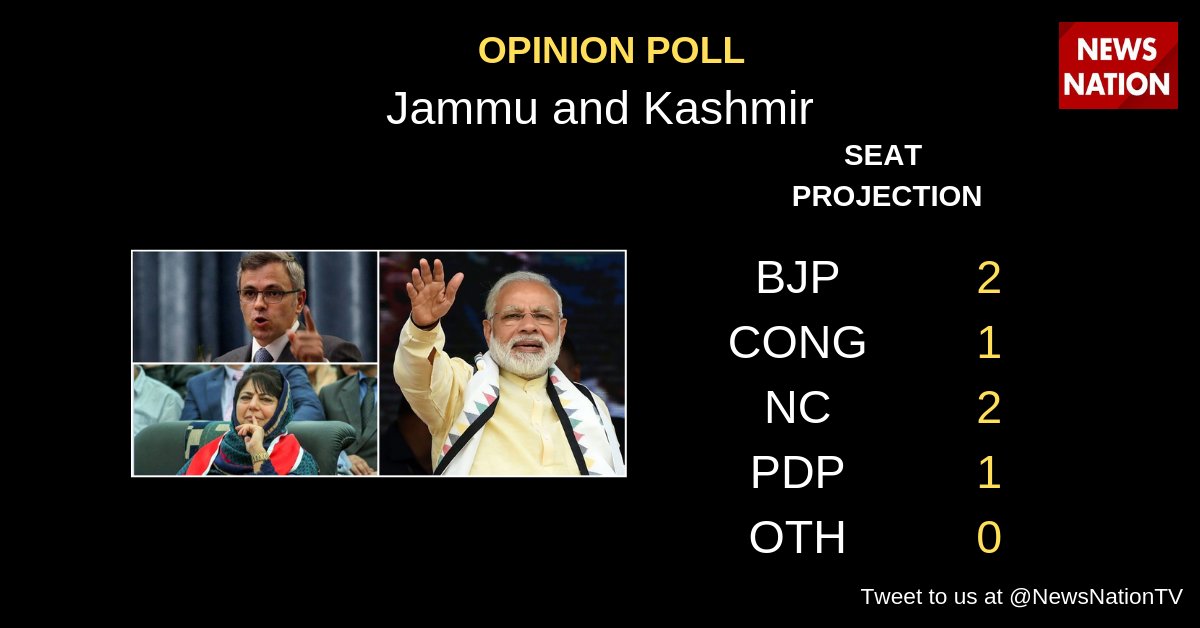 6:18 pm: Congress is likely to win a Lok Sabha seat in Jammu and Kashmir.

6:15 pm: Omar Abdullah-led National Conference to get 18 per cent votes in Jammu and Kashmir in 2019 Lok Sabha polls. 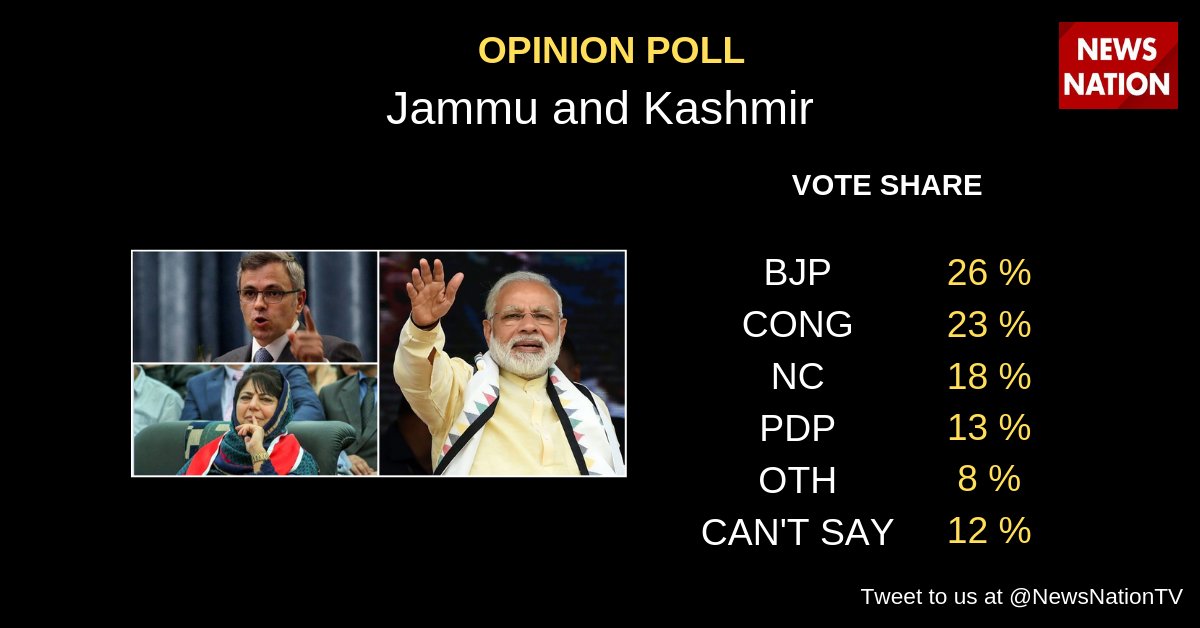