In a bid to protest against the killing of their party men in WestÂ Bengal's North 24 Parganas district on Saturday, the Bharatiya Janata Party (BJP) will observe 'Black Day' across the state today.Â The Centre expressed "deep concern" over continuing violence in West Bengal, saying the "unabated violence" even after the Lok Sabha polls appears to be a failure on part of the state government. In an advisory to the West Bengal government, the Ministry of Home Affairs also asked it to maintain law and order, peace and public tranquility.Â

West Bengal Governor Keshari Nath Tripathi will be meeting PM Modi in Delhi today, however, the governor clarified that he will meet to congratulate the PM on his re-election.

The verdict in the case of rape and murder of an eight-year-old nomadic girl in Kathua in Jammu and Kashmir will be delivered by a special court in Pathankot onÂ Monday.

The annual festival of Kheer Bhawani, one of the holiest festivals of Kashmiri Pandits, is being observed today. Hundreds of devotees arrived at the temple of Mata Ragnya Devi at Tulmulla in central Kashmirâ€™s Ganderbal district.

11.50 pm:Â New York Fire Department responding to a report of a helicopter crash at a building in midtown Manhattan: AP

10.32 pm:Â Mumbai International Airport Limited (Mumbai Airport) Spokesperson: Visibility has gone down due to heavy rains, operations have been put on hold. United Airlines Newark to Mumbai flight has been diverted to Delhi.

10.15 pm:Â Mumbai: People play in the rain outside as heavy showers lash different parts of the city. 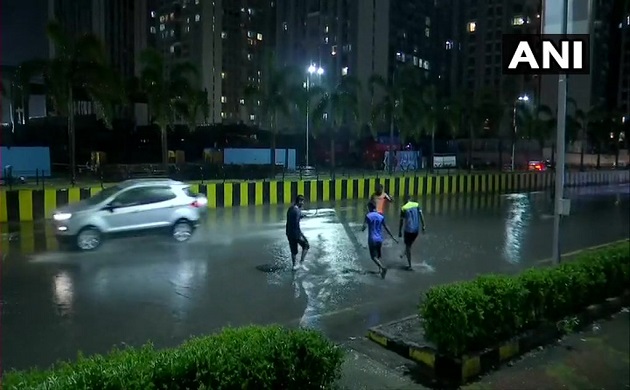 10.08 pm:Â Ministry of External Affairs Spokesperson: Prime Minister Narendra Modi has received an invitation from the President of France, Emmanuel Macron to attend the Outreach Session at the G-7 Summit in Biarritz as a Special Invitee.Â

10.04 pm:Â A personnel of 4 Grenadiers killed in ceasefire violation by Pakistan Army in Poonch sector of Jammu and Kashmir. The jawan was critically injured in firing and later succumbed to his injuries.

9.53 pm:Â Himachal Pradesh: First civilian vehicle to arrive at Leh from Manali, today, after the opening up of Manali-Leh highway for the season.

9.12 pm:Â Delhi: Union Ministers Rajnath Singh, Amit Shah, Nirmala Sitharaman and Dr. Jitendra Singh, were present at PM Modi's meeting with Secretaries of Government of India. PM Modi said during the meeting, "All Ministries must focus on steps to improve 'Ease of Living'."

Delhi: Union Ministers Rajnath Singh, Amit Shah, Nirmala Sitharaman and Dr. Jitendra Singh, were present at PM Modi's meeting with Secretaries of Government of India. PM Modi said during the meeting, "All Ministries must focus on steps to improve 'Ease of Living'." pic.twitter.com/oSB6PFy7XU

8.53 pm:Â PM Modi met Secretaries of GoI at his residence today. PM said,"Recent General Elections were marked by pro-incumbency, for which credit must go to entire team of officials, which worked hard, conceived schemes and delivered excellent results on the ground, over the last five years".

8.50 pm:Â CWC 2019: South Africa- West Indies match called off due to rain. Both sides awarded one point each.

7.52 pm:Â Malaysian media: Malaysia has the right not to extradite Dr Zakir Naik (in file pic) if he is not going to be accorded justice. Zakir in general feels that he is not going to get a fair trial (in India), says Prime Minister of Malaysia, Dr Mahathir Mohamad.

7.33 pm:Â Delhi: Former Civil Aviation Minister Praful Patel leaves from Enforcement Directorate office. He was questioned by the agency for nearly 8 hours today, in connection with multi crore airline seat sharing scam. He has been called tomorrow to complete his statement.

6.00 pm:Â IAF on AN-32 Aircraft search update: Aerial search and rescue operations (SAR) were carried out by helicopters and C-130s during the day. Missions by UAV and C130 have been planned in the night to locate the missing aircraft. No sightings as yet.

5.17 pm:Â Kathua rape and murder case: Tilak Raj, Anand Dutt and Surinder Kumar have been convicted for destruction of evidence. They have been given 5 years of imprisonment each. 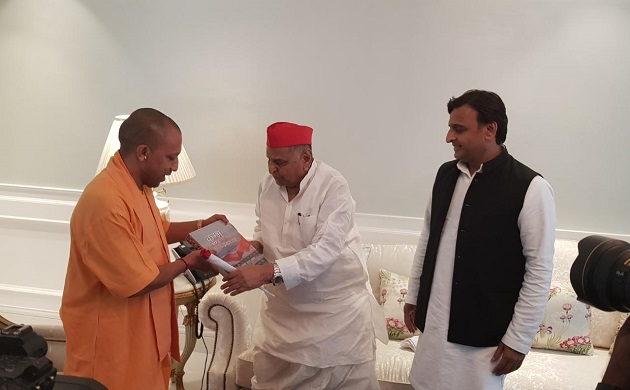 4.35 pm:Â Raveesh Kumar, MEA: There is no meeting which is being organised between Prime Minister Modi and Prime Minister of Pakistan, Imran Khan at SCO Summit. There is nothing more that we can add at this stage.

4.07 pm:Â Medical Student Payal Tadvi suicide case: All the three accused in the case have been sent to judicial custody till June 21.

3.58 pm:Â Army Chief General Bipin Rawat on reports about Islamabad shutting down terror camps in Pakistan occupied Kashmir (PoK): No way to verify whether Pakistan has closed down terrorist camps or not. We will continue to maintain strict vigil along our borders.

3.49 pm:Â UP DGP after UP CM held a meeting with Chief Secy and Sr police officials: Kushinagar, Hamirpur and Aligarh all cases were reviewed by CM,it was decided to identify and take strict action against criminal elements.Foot patrolling will be increased and anti-romeo squads will be made more active.

3.44 pm:Â If people realise that the vote they are casting is not going for their candidate of choice, they may keep calm now but they may take law into their hands in future. We should not allow that to happen, says Sharad Pawar.

3.42 pm:Â NCP leader Sharad Pawar: The problem is not the with the EVM or VVPAT where the people vote, but with the machine with electoral officer that is finally counted. We are going to go in depth of it now by discussing this with technicians and experts and opposition members in Delhi.

3.31 pm:Â Bulat Sarsenbayev, Ambassador of Republic of Kazakhstan to India: We are a major economic partner of India in Central Asia, not only a major partner but capable too. After PM Modi's visit in 2015, we really started to think of strengthening and deepening economic relations.Â

3.16 pm:Â West Bengal CM Mamata Banerjee: I have come across a statement from Nitishji that he won't form alliance with NDA outside Bihar. I would like to congratulate him. Thank you to him.

3.05 pm:Â Dismissing the plea of a group of students, Supreme Court refuses to pass any direction to conduct a fresh counselling of students from general category for admission in post graduate courses in medical and dental colleges in Maharashtra for this year.

3.03 pm:Â WATCH: A car gets stuck in sand and is lashed by waves, at a beach in Palgarh.

#WATCH A car gets stuck in sand and is lashed by waves, at a beach in Palgarh (10 June). #Maharashtra pic.twitter.com/x0KuZ8ibQE

2.57 pm:Â JB Lemoyne, MoS for Europe and Foreign Affairs of France on Rafale Deal: French govt doesn't care about controversies. We just want to deliver; it's in national interest of the two countries. We want France and India to be more sovereign and Rafale is a tool for better sovereignty for India.

2.41 pm:Â Supreme Court admits the petition filed by group of house owners seeking a review of its earlier order to demolish a group of posh apartments in Maradu, Kochi for violation of Coastal Regulation Zone (CRZ) rules.

2.36 pm:Â Lucknow: Police resorts to lathicharge candidates who qualified Uttar Pradesh police exam 2013&were protesting outside state Assembly for joining letter. A candidate says,"We need our joining letter,medical examination was done 9 months ago. Even Court gave order in our favour".

1.47 pm:Â After 25 years in and around the 22 yards and almost 17 years of international cricket on and off, I have decided to move on. This game taught me how to fight, how to fall, to dust off, to get up again and move forward, says Yuvraj Singh.

12.59 pm:Â UP CM Yogi Adityanath holds a meeting with Chief Secretary and senior police officials over women security in the state.

11.42 am:Â Operation continues to rescue a two-year-old boy, who fell into a 150-foot-borewell in Punjab's Sangrur, on June 6.

11.22 am:Â West Bengal Governor Keshari Nath Tripathi arrives to meet PM Modi. He had earlier said that it was a courtesy call to congratulate the prime minister on re-election. However, he said that if he is asked about the violence in Bengal, he would give the PM a report. "I had asked to meet the PM either on June 9-10 or June 14-15 as I couldn't wish him personally on the swearing-in day, it's a courtesy visit," the governor said. 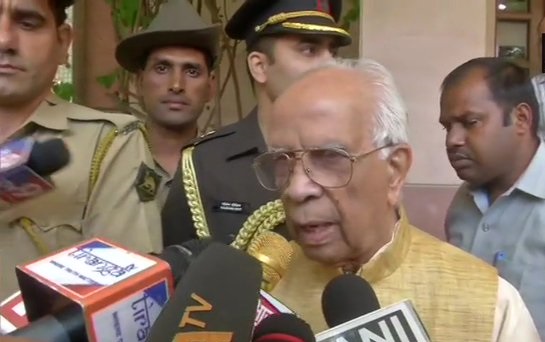 11.05 am:Â 11 dead and 25 injured after brake of a bus failed on National Highway 2 in Danuwa Ghati in Jharkahnd's Hazaribag.

11.02 am:Â BJP has called a 12-hour 'bandh' in the state over the alleged killings of party workers. A protest march by BJP workers in Purulia. (Photo: News Nation)

10.48 am:Â Accused brought to Pathankot court ahead of verdict in Kathua rape and murder case.

10.45 am:Â Praful Patel has joined ED investigation in a money laundering case. His statement is being recorded. He is accompanied by his lawyers.

10.42 am:Â PM Narendra Modi tweeted, "Girish Karnad will be remembered for his versatile acting across all mediums. He also spoke passionately on causes dear to him. His works will continue being popular in the years to come. Saddened by his demise. May his soul rest in peace."

9.30 am:Â DMK leader and former Chief Minister of Puducherry R.V. Janakiraman passed away in Puducherry today at the age of 79.

9 am:Â Security heightened outside Pathankot court ahead of verdict in Kathua rape-murder case.

8 am:Â Â The Khar police has arrested three persons for performing stunts by bending out of the windows of a moving car on Mumbai's Carter Road last night. A case has been registered and a car has been seized.

6.30 am:Â Nine killed, 10 injured in coal mine accident in China
As many as nine persons were killed and 10 others injured in a coal mine accident caused by a tremor in northeast China's Jilin province. The workers were trapped in a shaft after the tremor jolted the coal mine under the management of Jilin Longjiabao Mining Co in Jiutai city in Changchun New Area Sunday night, state-run China Daily reported Monday.