LATEST | Congress out of power as Nehru, Indira's heirs did not honour yoga, says Baba Ramdev

Prime Minister Narendra Modi will chair meeting of Heads of various political parties in both the Houses of Parliament, on the eve of the Budget Session 2019, later today. It is Congress president Rahul Gandhi's 49th birthday today. US President Donald Trump kicks off 2020 re-election campaign with Florida rally. Former UEFA President and French soccer star Michel Platini who was, yesterday, detained for questioning in probe over awarding of 2022 World Cup to Qatar, has been freed from custody.Pakistan PM directs cabinet to implement austerity measures. Hong Kong's pro-Beijing leader Carrie Lam publicly apologises for extradition bill.

12:00 pm:Â Mumbai: A fire breaks out at a company's godown in Sewri area. Four fire tenders at the spot. No casualties/injuries reported. More details awaited.

9:40 pm:Â Jawaharlal Nehru and Indira Gandhi performed yoga in private and their heirs did not honour it which is why power has eluded them as those who do yoga are "directly blessed by god", Yoga guru Baba Ramdev said.

9:38 pm:Â Chief justices were appointed to the Telangana and Himachal Pradesh high courts on Wednesday, the Law Ministry said.

9:026 pm:Â Had a great meeting with presidents of various political parties. Multiple issues of national importance were discussed. I thank the various leaders for their informed suggestions: Prime Minister Narendra Modi.

8:30 pm:Â Ministry of Road Transport and Highways issues Draft Notification to exempt Battery Operated Vehicles from payment of fees for the purpose of issue or renewal of registration certificate and assignment of new registration mark.

7:30 pm:Â Defence Minister Rajnath Singh after conclusion of the meeting of Presidents of all parties called by PM Modi: Most parties gave their support to One Nation, One Election, CPI(M) and CPI had a difference of opinion but they didn't oppose the idea, just the implementation of it.

6:30 pm: Milind Deora, Congress Mumbai President: India's 70-year electoral journey has taught us that the Indian voter can differentiate b/w state and central polls. Our democracy is neither fragile nor immature and debate of one nation-one poll calls for an open mind on either side of spectrum.

5:21 pm:Â During IPL, whether we like it or not the boys take a beating. During IPL, they sleep as late as 2-3am, getting back to training regime was a sort of a challenge. They understand importance of good sleep/wake pattern, good nutrition & training: Team India's trainer Shankar Basu.

5:20 pm:Â AFP news agency quoting US Army: Japan tanker hit by mine with 'resemblance' to Iranian ones.

5:15 pm:Â We have entered into agreement with South Korea also, where South Korea will show DD India & we will also allow South Korean KBS channel, it will be available in India. This mutual cooperation with neighboring countries is very important: Prakash Javadekar.

5:15 pm:Â Today India has entered into an agreement with Bangladesh so that DD India will be shown on Bangladesh TV set up. In return, Bangladesh official channel will also be available in India: Union I&B Minister Prakash Javadekar

5:05 pm:Â Team India Manager Sunil Subramaniam said, "Shikhar Dhawan has a fracture at the base of the first metacarpal of his left hand. He will remain in cast until mid-July which rules him out of ICC World Cup. We have requested Rishab Pant as the replacement."

5:00 pm:Â Four suspects to face charges in the Netherlands for shooting down MH17, suspects identified as three Russian and one Ukrainian national - international investigators.Â

4:45 pm:Â CBI summons Mathew Samuel, Editor and MD of Narada News to appear before the agency at their office in Kolkata on 24th June in connection with Narada Scam in West Bengal.

4:30 pm:Â World Cup:Â New Zealand win the toss and opt to bowl vs South Africa at Edgbaston, Birmingham. Delayed start due to rain reduces the contest to 49 overs each.

4:15 pm:Â All-party meeting over 'One Nation, One Election' begins at Parliament.Â

3:45 pm:Â Sunil Kumar Shahi, Superintendent at Sri Krishna Medical College & Hospital (SKMCH), Muzaffarpur on AES cases: 68 children are in ICU, 65 are in the ward, today number of deaths is 5. Recovery rate is increasing because parents are bringing their children early.

03:20 pm:Â Meeting of heads of political parties begins in Parliament, under chairmanship of PM Narendra Modi.

02:33 pm:Â OP Birla on his first Parliament session as the Lok Sabha speaker: Will work by taking everyone together, gaining everyone's trust. To maintain the dignity of the constitutional post, the speaker should be unbiased, and must also appear unbiased in conduct.

02:15 pm:Â Karnataka Congress Chief Dinesh Gundu Rao on MLA Roshan Baig's suspension from party: Preliminary enquiry led to his suspension. Now AICC will decide after further enquiry. Also, instead of going to media, he should have gone to leaders in Delhi, it would have been more sensible.

01.15 pm:Â Fire breaks out in a pile of scrap under Barapullah flyover, 3 fire tenders are present at the spot. Traffic movement is affected in the area.

12.40 pm:Â Raghuvansh Prasad Singh,RJD on Tejashwi Yadav: I don't know exactly where is he, maybe he has gone to watch the World Cup, I am not sure about it.

12.20 pm:Â Police in Shopian has busted a terror module of Hizbul Mujahideen, arrested 5 terrorists and recovered a sophisticated IED. The terrorists were planning to target police & security forces by planting explosives during their movement in the area; further probe on.

12.20 pm:Â Model-actor Ushoshi Sengupta on assault on her driver in WB: I want to clear it's not about molestation. This issue has a bigger purpose, it's about safety of people. If I was keeping quiet&sitting, nothing would've happened to me. But it was my driver who was getting beaten up.

11 am: Supreme Court would hear on June 24 the writ petition, challenging the Bombay High Court's order that refused to consider the prayers against 16% quota for Marathas in admission to PG medical and dental courses.

10.40 am: The Supreme Court agrees to hear on Monday a PIL seeking direction to urgently constitute a team of medical experts for treatment of children suffering from Acute Encephalitis Syndrome (AES) in Muzaffarpur district of Bihar.

10.33 am:Â NCP chief Sharad Pawar will attend the meeting called by Prime Minister Narendra Modi in the Parliament today. The PM will chair a meeting of heads of various political parties in both the Houses of Parliament.

10.10 am:Â 8 people died, 12 injured when their vehicle collided with another vehicle in Sambhal's Lahraban village in Uttar Pradesh last night.

A seven day Yoga camp is underway in Aligarh Muslim University ahead of #YogaDay2019 on June 21, reports ANI.

10.04 am:Â Union Minister Prahlad Patel on arrest of his son in an attempt to murder case in Narsinghpur, Madhya Pradesh: All I can say is that it is sad and unfortunate. Law will take its own course, I don't want to make any further comments.

10 am:Â Delhi Chief Minister Arvind Kejriwal to also not attend meeting called by Prime Minister Narendra Modi in the Parliament today. Raghav Chadha to represent AAP. The PM will chair a meeting of heads of various political parties in both the Houses of Parliament.

9.30 am:Â No one has told us anything about or given us ORS. We don't know the symptoms of AES. Our children are burning with fever since 4-5 days. Doctor asked us to get medicines for them & said they'll admit them if fever doesn't go down after that. We don't have money,Â Parents at SKMCH.

9 am:Â Prime Minister Narendra Modi will host a dinner for all the Members of Parliament on 20 June in Ashoka Hotel, Delhi.

8.45 am:Â TDP Chief N Chandrababu Naidu will also not attend the meeting called by Prime Minister Narendra Modi in the Parliament today. Jayadev Galla is likely to represent the party at the meeting.

8.40 am:Â Air India derosters a Captain&crew of AI 772 who fought on board in public view. Incident happened on June 17 onboard Bengaluru-Delhi flight when Captain allegedly asked crew to wash his tiffin.Matter also reported to DGCA. Air India has issued summons to the crew for questioning

8.30 am:Â DMK Chief MK Stalin will not attend the meeting called by Prime Minister Narendra Modi in the Parliament today. The PM will chair a meeting of Heads of various political parties in both the Houses of Parliament, on the eve of the Budget Session 2019, later today.

8 am:Â Different parts of Tamil Nadu are facing water crisis, as temperature is rising across the country. Locals in Rameswaram say, "There's acute water crisis. We'd never faced such situation earlier. Borewells have failed. Water level in wells are below the average."

7.10 am:Â Seven people were arrested on Tuesday by the Kolkata Police on harassment and assault charges. The complaint was filed by model and actor Ushoshi Sengupta, the driver of her cab had also been assaulted by the accused. Further probe underway.

6.45 am: Heavy police security was deployed at Mukherjee Nagar where people are protestingÂ against the thrashing of a tempo driver Sarabjeet Singh and his son by Police on June 16. 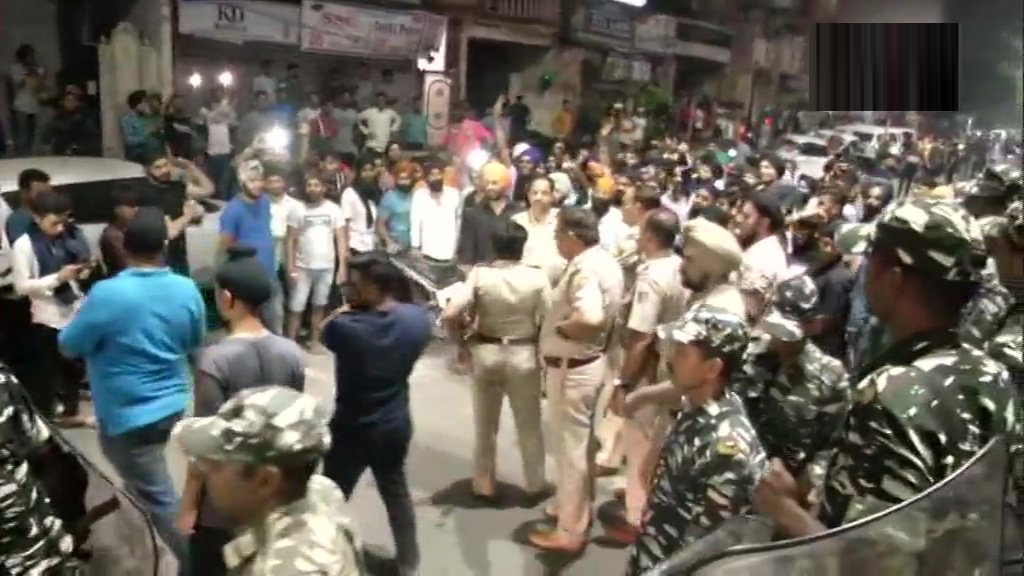 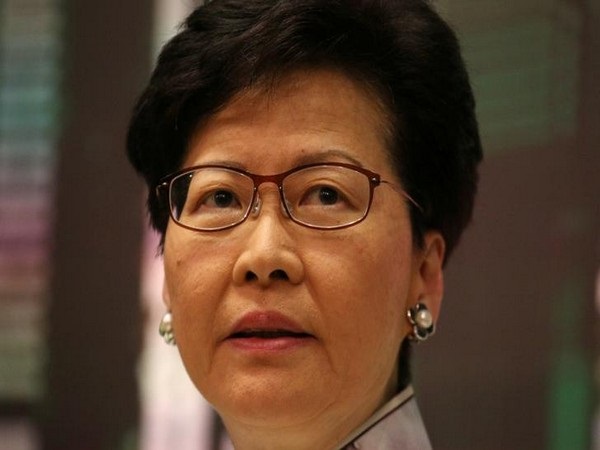 6.42 am:Â Family of Naik Ajit Kumar Sahoo in mourning at Odisha's Dhenkanal. Army jawan, Ajit Kumar Sahoo was injured in an IED blast in Pulwama on Monday andÂ  succumbed to his injuries on Tuesday.