President Ram Nath Kovind will address the joint sitting of both Houses of Parliament in the Central Hall today. PM Modi will host a dinner for all MPs at Ashoka Hotel today. The Indian Army will raise three battle formations along the Pakistan border by October.Â

With tensions rising between Israelâ€™s ally the US and its archfoe Iran, Prime Minister Benjamin Netanyahu warned the Jewish stateâ€™s enemies not to test it Wednesday, his office said.

Here are all the latest news from around the world:

11:10 pm: According to ANI,Â 43 people dead, 35 injured after a private bus fell into a deep gorge near Banjar area of Kullu district, earlier today.

10:15 pm:Â US Secretary of State Michael Pompeo today spoke with External Affairs Minister Dr S Jaishankar to congratulate him on his appointment. Pompeo underscored the strong US commitment to working closely with Indian Govt to advance strategic partnership.

6:50 pm:Â PM Modi to host a dinner for all MPs at Ashoka Hotel shortly.

6:05 pm:Â TDP President N Chandrababu Naidu said, "We fought with BJP only for Special Category Status & state's interests. We sacrificed Central Ministers for Special Status, condemn attempts of BJP to weaken TDP. Crisis is not new to the party. Leaders & cadre have nothing to be nervous about."Â

5:50 pm:Â Enforcement Directorate (ED) has issued summon to IMA jewels scam accused Mansoor Khan to appear before it on June 24. He has also been asked to get several documents mentioned in the summon.Â

3:40 pm:Â Akali Dal-BJP MLA, MS Sirsa said, "We met the Chairman of SIT (1984 anti-Sikh riots) and told him to register deposition of 2 of our witnesses and reopen the case against Kamal Nath. He assured us that they are reopening the case and the primary focus of probe will be the role of Kamal Nath."

2:30 pm:Â Special NIA court in Mumbai has rejected Pragya Thakur's application for permanent exemption from attending the court once a week. Pragya Thakur had given the ground for exemption as she is MP and she has to attend the parliament on a day-to-day basis.

1.44 pm:Â The 15th Finance Commission headed by Chairman NK Singh will visit Karnataka from 23 to 26 June. During the visit, Commission will be interacting with Karnataka CM HD Kumaraswamy along with his other cabinet colleagues & senior State Govt officers.

1.36 pm:Â Tamil Nadu: Radisson Blu GRT Hotel, Chennai issues advisory for guests to "use water judicially" as the city is "going through a major water crisis".

Tamil Nadu: Radisson Blu GRT Hotel, Chennai issues advisory for guests to "use water judicially" as the city is "going through a major water crisis". pic.twitter.com/wOMSmYCThx

12 pm:Â Former JDS Karnataka president, H Vishwanath: This is personal vindictiveness of Siddaramaiah, he is not good in politics. Roshan Baig was suspended by the party (Congress), Siddaramaiah would have done the same to me if i was in Congress.

11.30 am: DBS Bank has revised India's GDP growth for fiscal year 2020 downwards to 6.8 per cent year-on-year (YoY) from 7 per cent projected earlier, citing headwinds for exports amidst challenging trade outlook.

11.10 am:Â Under the National Livelihood Mission, 3 crore women of rural areas have been given a loan of more than Rs 2 lakh crore so far - President Kovind.

11.05 am: The government has provided reservation of 10 percent for the poor youth of the general category. With this, they will be able to get more opportunities in the field of appointment and education - President Kovind.

11.00 am: More than 61 crore voters in the country have voted, established a new record and enhanced the credibility of India's democracy in the world. All voters deserve the congratulations for the success of this election: President Kovind.

10.56 am:Â President Ram Nath Kovind leaves for the Parliament, to address the joint session of both the Houses today. 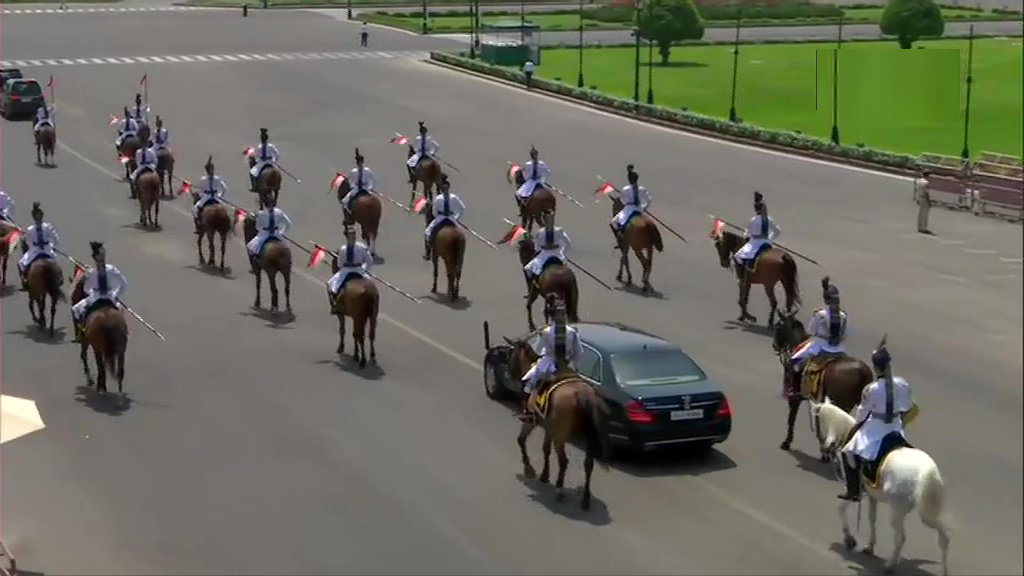 10.30 am:Â RJD Rajya Sabha MP, Manoj Jha: Our leader Tejashwi Yadav is closely monitoring the situation in Muzaffarpur. Currently, he is in Delhi.

9 am: AÂ doctor was suspended after girl dies of negligence in Bareilly

8.55 am:Â A vehicle carrying around 29 people fell into the canal, around 22 people have been rescued so far, 7 children are still missing. Rescue operations by NDRF and local divers underway, saysÂ SK Bhagat, IG Range Lucknow.

7.45 am:Â Five people were killed and more than were 12 injured in collision between two pick-up vans in Nelsanar police station limits in Bijapur district, last night.

7.10 am:Â Patients and their families seen sleeping outside All India Institute of Medical Sciences (AIIMS), Delhi. One of the patients says, 'I have been here for 9 days now for treatment, & I will get to see the senior doctor day after tomorrow.The guards do not let us in the premises.'

7 am:Â Vietnamâ€™s Ambassador to India, Pham Sanh Chau: We, today, launched direct Indigo flights between Kolkata and Hanoi, that will be starting from October 3, this year. We have also launched an online platform for Indian travellers to apply for â€œvisa on arrival.â€