PM Modi will attend the G20 Summit at Osaka in Japan from June 27 to June 29. US has promised to supply oil to India after Iranian crude ban. It is Day 2 of Home Minister Amit Shah's visit to Kashmir. India will play against West Indies in the ongoing Cricket World Cup in Manchester.Â

Here are the latest news of the day:

22.08:Â Uttar Pradesh Government adds 17 castes, including Kashyap, Mallah, Kumhar, Rajbhar, Prajapati & others in the list of Scheduled Castes. District officers have been ordered to issue Caste Certificate to the families of those belonging to these 17 castes.

19.00 pm:Â Maharashtra CM Devendra Fadnavis: By 2020 we will able to complete the work on Babasaheb Ambedkar Memorial at Indu Mill and all the permissions have been taken from related departments about the height of the statue.

Japan: Leaders pose for a group photo during the G-20 Summit in Osaka, #G20Summit pic.twitter.com/wd9vYaxqJM

16.43 pm:Â Union Minister of Consumer Affairs, Food & Public Distribution on Muzaffarpur deaths: If somebody goes there then you call it 'nautanki,' if we don't then you say why didn't you go to see. Doing whatever is needed to be done along with Health Minister and CM.

#WATCH A drunken man at the govt hospital in Damoh's Patera hits a hospital employee; FIR registered. President, Doctors' Union says, "Such behaviour will not be tolerated. We urge administration to provide us security so that doctors can carry out their duties." pic.twitter.com/FQ0T2fqMBM

#WATCH A Gurugram Kherki Daula Toll Plaza employee carried on the bonnet of a speeding car today. SP Gurugram, Shamsher Singh, says, "An investigation is underway, legal action will be taken and accused will be arrested soon." pic.twitter.com/bfE4udC6E8

#WATCH A man survives after he got stuck between the platform and the train at Asangaon railway station while trying to cross the railway tracks. (25-06) #Maharashtra pic.twitter.com/KKIa2Jhymf

7.10 pm:Â Madhya Pradesh CM Kamal Nath on BJP MLA Akash Vijayvargiya who was arrested for thrashing a Municipal Corporation officer in Indore, yesterday: It's really saddening that a BJP leader behaves in such a manner, I congratulate police for taking action. Law is same for everyone.

6.55 pm:Â Andhra Pradesh CM YS Jaganmohan Reddy has decided to extend 'Amma Odi' scheme to Intermediate students.Under this scheme every mother (belonging to BPL family&holding a white ration card) who sends her children to school will be given an incentive of Rs15,000 per annum.

4.50 pm:Â A Mumbai Court grants anticipatory bail to Binoy Kodiyeri till Monday, in connection with a rape case. He is the son of CPM Kerala Chief Kodiyeri Balakrishnan.

4.01 pm: Punjab: Clash breaks out at Ludhiana Central Jail. Police forces have been deployed inside the premises. Fire brigade also present at the spot as fire has reportedly broken out there. 4 prisoners who had broken out of the jail have been brought back by police.More details awaited

2.30 pm:Â Union Home Minister Amit Shah distributes cheques to families of BJP workers who were killed by terrorists in the state, in recent months.

Srinagar: Union Home Minister Amit Shah distributes cheques to families of BJP workers who were killed by terrorists in the state, in recent months.

11.30 am:Â A 'Sikh jatha' will leave for Pakistan, today via a special train from Attari railway station in Amritsar to observe Maharaja Ranjit Singh's death anniversary.Â

10.51 am:Â Japan PM Shinzo Abe to PM Modi: Once again would like to offer my hearty congratulations to you for an overwhelming win in elections. Also, next time it is my turn to visit India and I am looking forward to my visit.

Japan PM Shinzo Abe to PM Modi: Once again would like to offer my hearty congratulations to you for an overwhelming win in elections. Also, next time it is my turn to visit India and I am looking forward to my visit. pic.twitter.com/yXhp9p2VFu

9.30 am:Â "I look forward to speaking with Prime Minister Modi about the fact that India, for years having put very high Tariffs against the United States, just recently increased the Tariffs even further. This is unacceptable and the Tariffs must be withdrawn!," Doanld Trump tweets.

I look forward to speaking with Prime Minister Modi about the fact that India, for years having put very high Tariffs against the United States, just recently increased the Tariffs even further. This is unacceptable and the Tariffs must be withdrawn!

9.07 am:Â Skymet Weather: Few spells of moderate to heavy rain and thundershower at many places with lightning strike at isolated places will affect over Alibagh,Kolhapur, Mumbai, Mumbai suburban,Nagpur, Palghar, Pune, Raigarh, Ratnagiri,Sangli, Satara,Sindhudurg and Thane in next 24 hours

9.05 am:Â IAF Sources: An IAF Jaguar pilot jettisoned fuel tanks of his aircraft after one of the engines failed after being hit by a bird, pilot managed to land back safely at the Ambala air base. Small practice bombs jettisoned by his aircraft have also been recovered.

8.50 am:Â FIR registered after Faisal, a taxi driver in Mumbra had filed a complaint on June 23 alleging he was beaten by three people during a road rage incident in Thane. Later he added in the complaint that he was also forced to say 'Jai Shri Ram' by the attackers.

8.40 am: Marsood Alam, uncle of Tabrez Ansari who was lynched in Jharkhand, on reports that Tabrez's father was also lynched 15 years ago: He was murdered over a dispute with his friends, we found his body a week later, I refute such reports.

6.53 am:Â My conversation with Putin none of your business: US President Donald Trump to journos before departing for G20.

6.45 am:Â Veteran Tollywood actor-director Vijaya Nirmala passed away today in Hyderabad. She was 73. 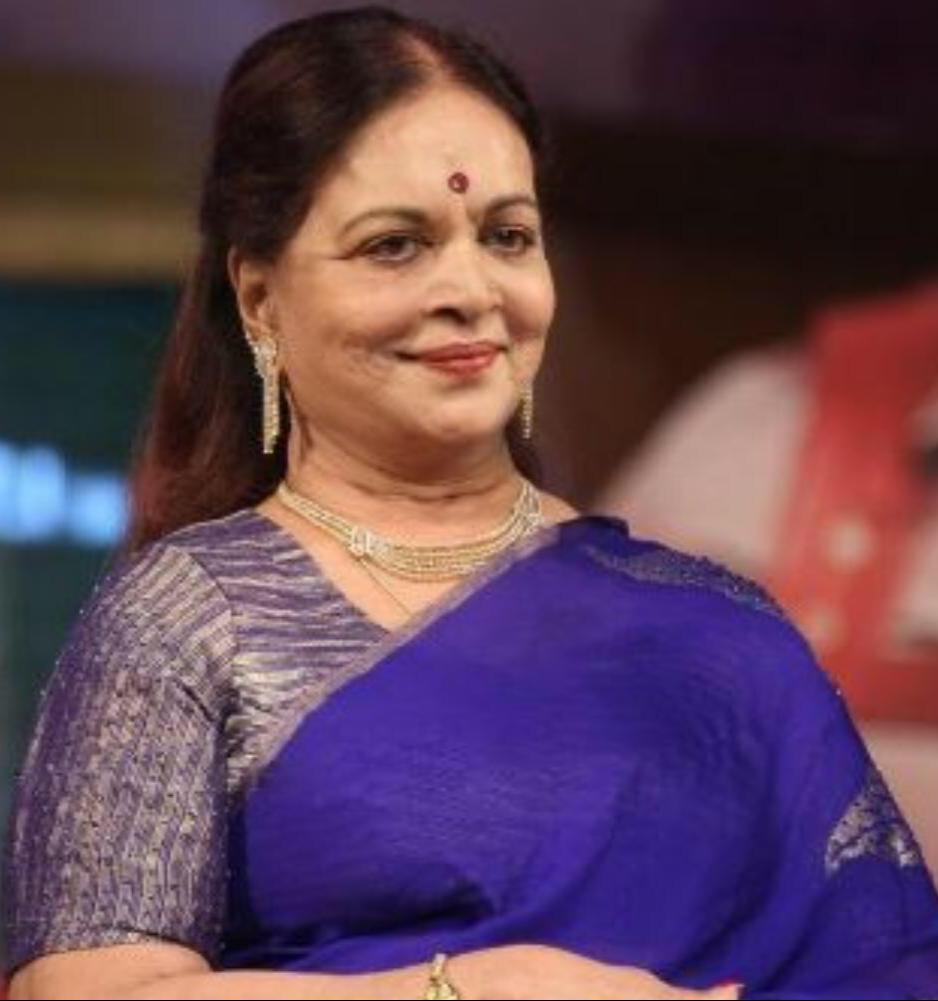 6.30 am: Prime Minister Narendra Modi arrived in Osaka, Japan. He will be attending the G20 summit here. 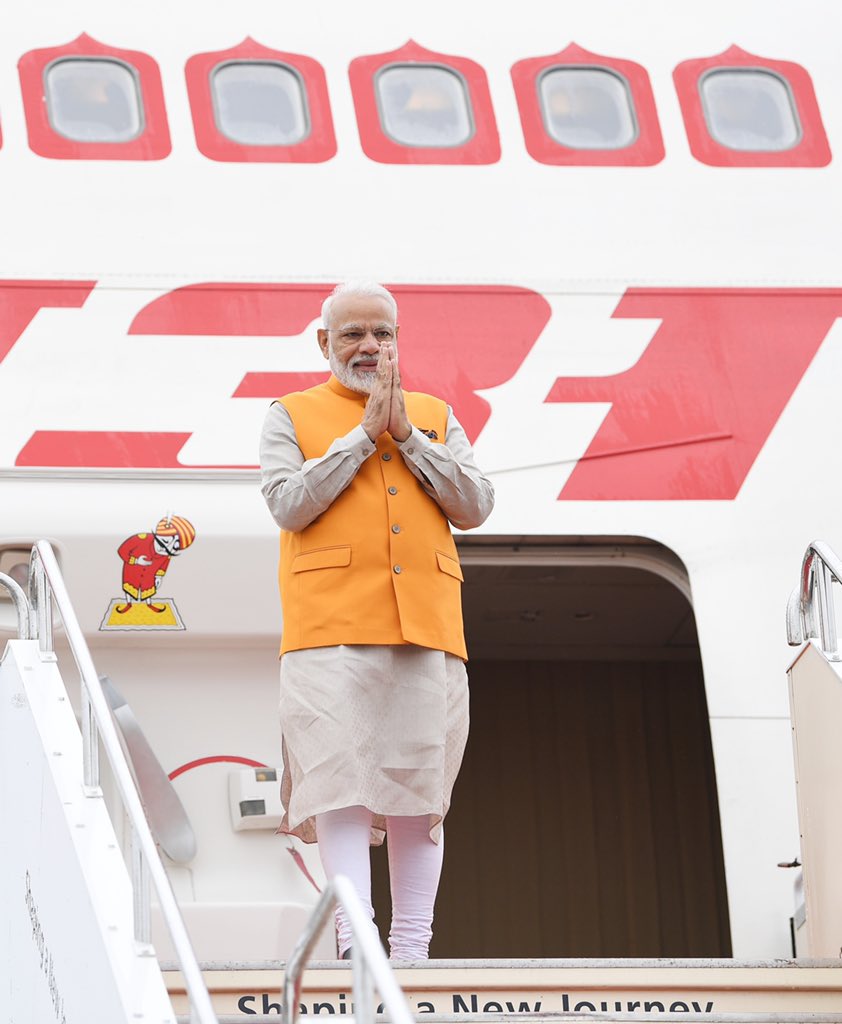