Prime Minister offered prayers at the Guruvayur temple on Saturday morning after reaching there by a special helicopter from the Naval Airport in Kochi. He is now addressing the BJP workers in Thrissur.Â PM Modi will return to Kochi at 12.40 pm.Â He will thenÂ embark on a state visit to Maldives, this will be his first overseas visit after his re-election. Andhra Pradesh Chief Minister Jagan Mohan Reddy will induct his council of ministers today.Â US President Donald Trump tweeted on Friday that NASA should stop talking about going back to the Moon, which caused confusion since his administration aims to restart Moon landings by 2024. "For all the money we are spending, NASA should NOT be talking about going to the Moon - We did that 50 years ago," Trump tweeted from Air Force One while returning from a visit to Europe.

11.35 pm:Â Retd Army Officer Md Sanaullah, who was declared a foreigner and detained by police in Assam: I served in Army for 30 years, including twice in Jammu and Kashmir and once in Imphal. I thank the High Court for granting me bail, I'm an Indian and will remain an Indian, I'm assured I'll get justice.

11.10 pm:Â Amaravati: Villagers facing severe water crisis in Melghatâ€™s Sonapur village. Locals say, "It's acute water crisis in our village. We've to go down 40 feet everyday for water. Such a situation arises here year after year. Govt is doing nothing to help us."

10.54 pm: Mumbai: Two dead and several injured after a car ran over them today while they were sleeping on footpath in Vikhroli area. Injured have been taken to a nearby hospital.

10.37 pm:Â Haryana CM ML Khattar in Mohindergarh: It's possible only in BJP that a party worker reaches the topmost rank. This is BJP where from one of the party workers sitting before you, a worker named Narendra Modi can become country's PM and a worker named Amit Shah can be the Home Minister.

08.18 pm:Â Bihar: 14 children have died in Muzaffarpur reportedly due to Acute Encephalitis Syndrome (AES). Sunil Shahi, Superintendent SKMCH, Muzaffarpur, says, "Total 38 patients were admitted, of which there are 14 casualties. Some of the admitted patients still have high fever".

08.10 pm:Â Delhi: Decapitated body of a woman found inside a box in Jahangirpuri area, body yet to be identified; police investigation underway.

08.07 pm:Â Delhi: Union Home Minister and BJP President Amit Shah has called a meeting of all State Committee General Secretaries of the party on 13-14 June, to discuss the upcoming state committee elections, among other issues.

08.00 pm:Â Bihar: A minor girl has died after being allegedly raped by a neighbor in Gaya, yesterday. DSP, Gaya City, says, "The accused has been identified and belongs from Jharkhand. We are trying to locate him."

07.22 pm:Â Nitish Kumar on Prashant Kishor to work with Mamata Banerjee: He will tell about it himself tomorrow at National Executive meeting. He joined our party last year, he is associated with election strategy organization too and whom so ever he works for under it has nothing to do with our party.

04.31 pm:Â ED has issued second summon to Praful Patel, former Aviation Minister, in connection with airline seat scam case. ED has asked him to appear on June 10 or 11. Earlier, Patel was summoned for questioning on June 6, but he sought another date due to prior commitments.Â

04.20 pm:Â BJP MP Dilip Ghosh: We are meeting people to thank them for voting for us. Police is not allowing us to meet people, Sec 144 has been imposed at places. TMC supporters are attacking us, a few of our supporters and police personnel have been injured.

04.08 pm:Â West Bengal: Clash broke out between BJP workers and police in Gangarampur, South Dinajpur after police allegedly stopped the rally of BJP MP Dilip Ghosh in the area. One police sub inspector and two civic volunteers who were injured in the clash have been admitted to a nearby hospital.

04.04 pm:Â Gujarat: A 20-day-old infant killed in Ahmedabadâ€™s Meghaninagar area after 5 goons attacked infant&her family on June 6. Mother of the infant says, "Some goons entered our house&attacked us. We don't have any personal enmity with them." Police have arrested 3 out of the 5 accused.

03.59 pm:Â Leaders of Maharashtra Congress hold a meeting in Mumbai, as state Legislative Assembly elections are due to be held later this year.

03.49 pm:Â Prime Minister Narendra Modi arrives at Male Airport. PM Modi is on his state visit to Maldives, this is his first overseas visit after his re-election.

Prime Minister Narendra Modi arrives at Male Airport. PM Modi is on his state visit to Maldives, this is his first overseas visit after his re-election. pic.twitter.com/BRNFyE9WJI

03.35 pm:Â Hyderabad: Telangana Congress party has launched a 36-hour hunger strike at Dharna Chowk after the Speaker of Telangana Assembly accepted the representation for the merger of Congress Legislature Party with TRS, submitted by 12 defected Congress MLAs.

03.27 pm:Â Madhya Pradesh: Police detained two persons in connection with the rape and murder of a minor girl in Ujjain. Sachin Atulkar, SP, says,"SIT was formed for the investigation. The suspects are being interrogated. Further investigation is being done."

03.25 pm:Â University Grants Commission has written to Vice Chancellors of all Universities to organise a Yoga demonstration on 21st June- International Day of Yoga.

03.17 pm:Â Air Force Chief Air Chief Marshal BS Dhanoa is visiting Air Force Station Jorhat in Assam to review the ongoing search and rescue operations for the missing AN-32 transport aircraft with 13 personnel on board.

03.11 pm:Â Union Health Minister Dr Harsh Vardhan in a letter to Delhi CM Arvind Kejriwal, states "I invite you to work together with us for the larger good of people of Delhi and be a part of Ayushman Bharat." Delhi CM on Friday had ruled out his govt implementing Ayushman Bharat scheme.

03.07 pm:Â Sunitha Devi, Scientist, Meteorological Department: Monsoon has set in over Kerala today and we are expecting that it might further advance in next 48 hours covering the remaining parts of Lakshadweep and Kerala as well as Tamil Nadu.

03.00 pm:Â SSP Aligarh on murder of 2.5 years old girl: 4 people including main accused Zahid and his wife arrested. Body was wrapped in a cloth belonging to Zahid's wife. We've met victim family and they've demanded that the accused should be hanged till death. Charge-sheet to be filed.

SSP #Aligarh on murder of 2.5 years old girl: 4 people including main accused Zahid & his wife arrested. Body was wrapped in a cloth belonging to Zahid's wife. We've met victim family and they've demanded that the accused should be hanged till death. Charge-sheet to be filed pic.twitter.com/hGek7wrQLe

12.30 pm:Â We stand with the family of 2.5-year-old girl who was murdered in Tappal and no advocate will appear in court for the accused. No advocate from outside will be allowed to fight the case. We will fight for the child, saidÂ Â Anoop Kaushik,General Secretary, Aligarh Bar Association.

12.25 pm:Â People choose their 'jan pratinidhi' for 5 years but we are 'jan sevak' who is committed to serving the people, life long, says PM Modi.

12.14 pm:Â We believe that elections have a place of their own but after elections the more important responsibility is towards the 130 crore citizens. Those who made us win our ours, those who did not make us win are also ours. Kerala is as much mine as is Varanasi.

12.11 pm:Â Some Pundits think that BJP could not open its account in Kerala but Modi is going there to thank people. What is in his mind? But this is our culture, our thinking, says PM Modi. 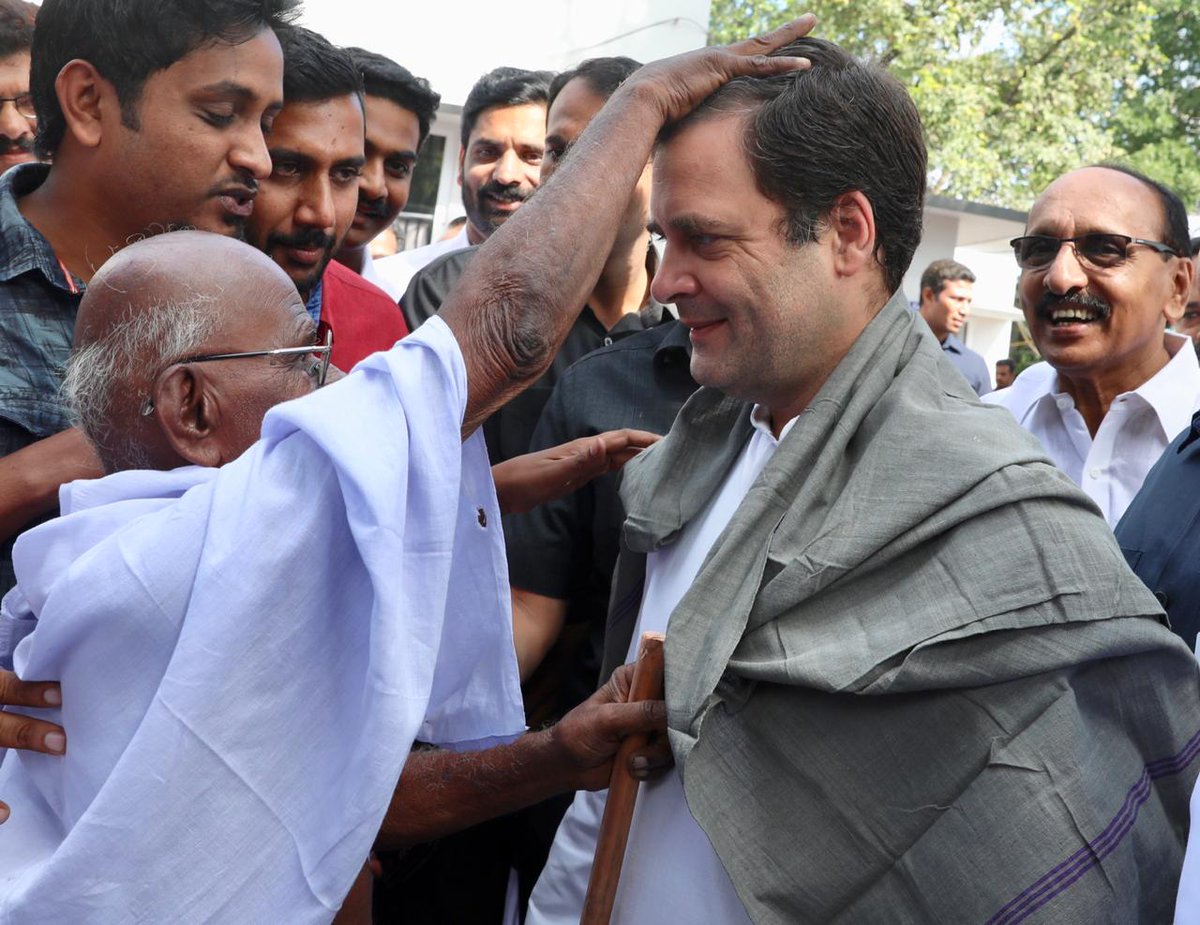 10.45 am:Â Indian Coast Guard has detained an Indonesian vessel with Iranian crew off the coast of Dwarka in Gujarat. Some suspected substance was observed on the vessel, investigation is still underway. The vessel claims to be on its way to Kuwait. 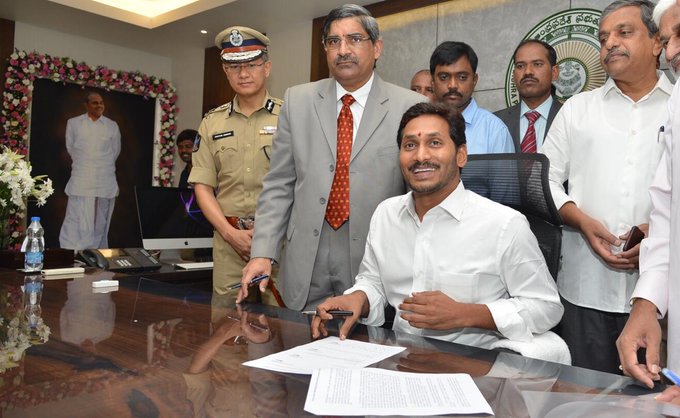 8.41 am: As many asÂ 382 officers join the Indian Army today after the passing out parade at the Indian Military Academy (IMA) in Dehradun. As many as 459 officers took part in the parade including 77 foreign cadets from friendly nations.

Uttarakhand: 382 officers join the Indian Army today after the passing out parade at the Indian Military Academy (IMA) in Dehradun. 459 officers took part in the parade including 77 foreign cadets from friendly nations. pic.twitter.com/GrbnZtWaAY

7.30 am:Â Fire breaks out at a chemical godown near Jagannath Ghat in Kolkata earlier this morning. 20 fire tenders are present at the spot. Fire fighting operations are underway. 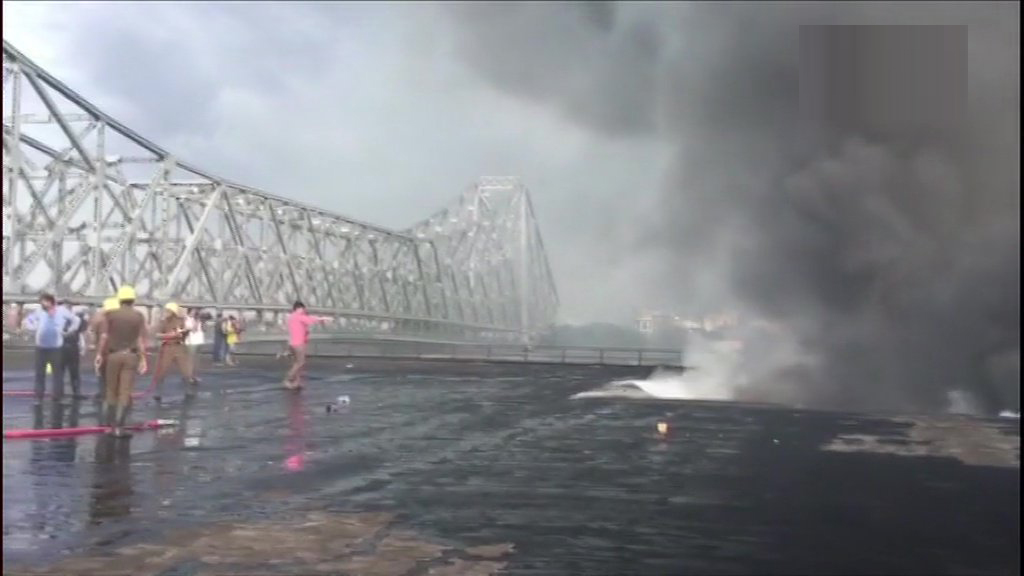 6.45 am: It is Day 2 of Congress president Rahul Gandhi's visit to his Parliamentary constituency Wayanad after a thumping victory in the recently concluded Lok Sabha Elections.

6.40 am: PM Modi willÂ embark on a state visit to Maldives, this will be his first overseas visit after his re-election.Â

6.35 am:Â Prime Minister will offer prayers at the Guruvayur temple onÂ SaturdayÂ morning after reaching there by a special helicopter from the Naval Airport in Kochi. PM Modi will return to Kochi at 12.40 pm.

6.30 am:Â NASA shouldn't talk about going to Moon, focus on 'other things': US President Donald Trump.