A terrorist has been killed in an overnight gunfight with security forces in Sopore area of Jammu and Kashmir's Baramulla district, a police official said on Wednesday. The exchange of fire began during a search operation launched by security forces Tuesday evening after they received information that terrorists were present there, the official said. He said the cordon was strengthened to prevent the terrorists from escaping. "In the ensuing gunfight, an unidentified terrorist was killed. The body has been recovered while his identity and group affiliation is being ascertained," he added. First meeting of the Modi Cabinet will take place today.

22:40 pm: BJP parliamentary party executive committee meeting will be held at the Parliament on 16th June.

21:50 pm: National Investigation Agency (NIA) arersts Mohammed Azarudeen in the raid in Coimbatore. He is a leader of the module that recruited vulnerable youth into the ISIS.

21:00 pm: As part of the professional exchange between visiting US Navy & Indian Navy personnel, cross visits were organised today in Visakhapatnam. Personnel from USS John P Murtha & INS Ranvijay visited each others ships and interacted with their counterparts.

20:20 pm: Operations resume at the Indira Gandhi International airport, they were temporarily halted earlier due to dust storm.

20:00 pm: 43 children die due to Acute Encephalitis Syndrome in Muzaffarpur.

17:28 pm: One Jawan, one terrorist killed in Anantnag.

16:10 pm: Rescue update of AN32Aircraft: 15 mountaineers have been inducted by Mi-17s and ALH, with all equipment - 9 from IAF mountaineering team, 4 from Army and 2 civilian mountaineers. Some have reached the crash site and some are still tracking.

11.43 am: Emergency landing of SpiceJet Dubai-Jaipur SG 58 flight with 189 passengers took place at Jaipur airport at 9:03 am today after one of the tires of the aircraft burst. Passengers safely evacuated.

10.30 am: Sonia Gandhi arrives in Raebareli. This is her first visit to the constituency after retaining the seat in the Lok Sabha elections. Sonia Gandhi's daughter and Congress General Secretary of UP East Priyanka Gandhi Vadra is also accompanying her. 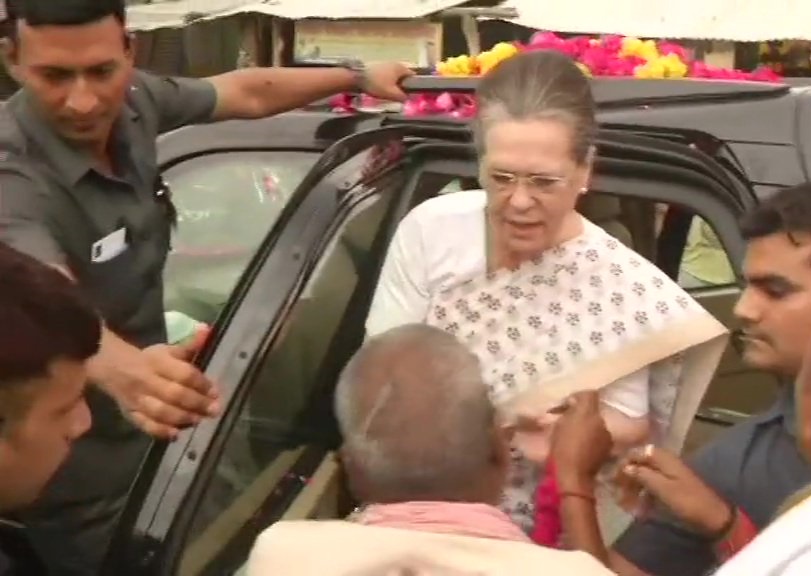 9 am: Visuals of heavy rain from Naddi village in McLeod Ganj.

8.45 am: Core group of Congress headed by AK Antony to meet today to discuss the strategy for upcoming Parliament session. Issues related to appointment of Leader of Congress in Lok Sabha and Rahul Gandhi's unwillingness to continue as Congress President to also be discussed.

7 am: US Secretary of State Mike Pompeo will travel to India, Sri Lanka, Japan, and the South Korea from June 24-30.