Get All The Latest News From Around The Country And The World.

In the first session of the 17th Lok Sabha, the new government plans to convert 10 ordinances, including the one to ban the practice of instant triple talaq into law.Â Congress president and newly elected MP from Wayanad, Rahul Gandhi will pay a two-day visit to his constituency today to thank the voters.Â Foreign Minister S Jaishankar will be on a 2-day visit to Bhutan starting today.

Here are the day's latest stories:

22.21 pm:Â Ministry of Home Affairs has called upon FCRA registered associations for online submissions and approvals from the Ministry before effecting any change in the list of their office bearers/key functionaries.

21.42 pm:Â Ministry of Home Affairs has called upon FCRA registered associations for online submissions and approvals from the Ministry before effecting any change in the list of their office bearers/key functionaries.

21.33 pm:Â ICC has responded to the BCCI to confirm the logo displayed by MS Dhoni in the previous match (India's match against South Africa on June 5) is not permitted to be worn on his wicket-keeping gloves at the ICC Menâ€™s Cricket World Cup 2019.

21.11 pm:Â She (Mamata Banerjee) plays the role of Kim Jong Un, that those who raise voices will be killed and no one will be allowed to take out a 'Vijay Yatra': Giriraj Singh.

21.10 pm:Â Union Minister Giriraj Singh: The way in which Mamata Banerjee is governing, it seems she doesn't believe in Constitution. She doesn't consider the PM as PM. She doesn't want to come in the system. The people have decided that her countdown has begun now, people want development.

20.59 pm:Â Election Commission has granted recognition to Janata Dal-United (JD-S) as a recognised state party in Arunachal Pradesh and the symbol 'Arrow' has been allotted as reserved symbol for the party in the state.

20.30 pm: Uttar Pradesh:Â 26 people across the state died and 57 injured on 6-7 June due to thunderstorm, rain and lightning. 16 houses have been damaged.

19.39 pm:Â Gujarat: 9 people dead, 5 injured after brakes of the vehicle they were travelling in failed, near Ambaji's Trisulia Ghat, today.

19.18 pm:Â Punjab: 6 Pakistani prisoners, including one minor, lodged in Indian jails, crossed over to Pakistani via Attari-Wagah border today, after being released by India.

19.14 pm:Â NIA has arrested two members of United Liberation Front of Assam (ULFA) for killing of five villagers of Bichanimukh Kherbari, district Tinsukia, Assam in 2018. They have been remanded to NIA custody for 12 days.

19.03 pm:Â Banwari Lal, father of 2.5 years old girl who was found murdered in Aligarh 's Tappal: We demand from the government that the accused should be hanged till death.

19.00 pm:Â Lawyer of retd Army Officer Md Sanaullah, who was declared foreigner and detained by police in Assam: Guwahati HC passed order of interim bail. He will be released from detention center with a condition of Rs 20,000 bail bond, 2 local sureties and his bio-metrics will be taken before release.

18.52 pm:Â Monsoon session of the Madhya Pradesh assembly to be from 8th July to 26th July.

18.30 pm:Â Actor Karan Oberoi granted bail by Bombay High Court in an alleged rape case. He has to deposit Rs 50,000 in cash.

18.27 pm:Â Kerala Health Minister, K K Shailaja Teacher: I had a positive meeting with Union Health Minister Harsh Vardhan, he has promised all possible help to Kerala in regard to Nipah Virus. I also kept before him our demand for AIIMS in Kerala, he responded to it positively.

18.20 pm:Â All that happened in Telangana was possible due to money power. We condemn it but it is the reality of the new pattern brought in by the ruling party and the CM there: Singvi.

18.13 pm:Â AM Singhvi on 12 Congress MLAs gave Telangana Assembly Speaker a representation to merge with TRS: A political policy has been followed in Telangana since past one yr-direct purchase. It's an unfortunate context but if there's such commercialization,it's the negative aspect of it.

17.45 pm:Â Delhi: Fire broke out at a store room on the 4th floor of Jeevan Deep building near Parliament Street; 7 fire tenders rushed to the site. Around 50 people evacuated from the building. No injuries/casualties reported.

17.33 pm:Â Sri Lankan High Commissioner to India, Austin Fernando: PM Narendra Modi's visit to Sri Lanka will send a message that it is a safe place to travel to. We would like the Indian government to lift the travel advisory for Sri Lanka.

17.32 pm:Â Sri Lankan HC to India, Austin Fernando: PM Modi is visiting Sri Lanka on June 9. His visit to SL after the 21st April bombings sends a message internationally. Domestically when we look at it, it gives a message that here is a head of a govt who is visiting to show solidarity.

17.30 pm:Â Kerala: Congress President Rahul Gandhi stops for tea at a shop in Chokkad of Malappuram district. He is on a three-day visit to the state, beginning today.

Kerala: Congress president @RahulGandhi stops for tea at a shop in Chokkad of Malappuram district. He is on a three-day visit to the state, beginning today.

17.17 pm:Â Defence Sources: In 2019, the security forces have eliminated 103 terrorists in Jammu and Kashmir. Last year, 254 terrorists were killed eliminated; Ceasefire violations by Pakistan in the year 2019 (till 6 June) are 1170 while in 2018, Pakistan violated ceasefire 1629 times.

17.10 pm:Â Vinod Rai, CoA on 'Balidaan' insignia on MS Dhoni's gloves: ICC rules say any insignia worn by any player shouldn't have any religious, military, or commercial significance. In this case the insignia has none of those connotations. So we're going to tell ICC it need not be removed.

17.01 pm:Â Aslam Sher Khan: If you want someone from outside Nehru-Gandhi family, give me the opportunity as no one else is stepping forward. I'd written in the letter to grant me provisional opportunity for 2 yrs. It's essential to connect Congress to nationalism once again.

16.50 pm:Â Aslam Sher Khan, former union minister and hockey Olympian: Congress needs courage at the moment, that someone should step forward. Therefore I wrote the letter that if he (Rahul Gandhi) wants to stay the party president he can, but if he thinks otherwise, it should be respected.

16.47 pm:Â A meeting of Cabinet Committee on Parliamentary Affairs scheduled to be held at the residence of Defence Minister, Rajnath Singh today evening.

16.41 pm:Â Aslam Sher Khan, ex-union minister and hockey Olympian on his letter to Rahul Gandhi: I wrote when Congress lost elections once again. When Rahul Gandhi said he wants to step down and wants someone else, someone not from his family, to take the charge I thought there's an opportunity.

16:26 pm:Â Congress President Rahul Gandhi arrives at Kalikavu in Malappuram district in Kerala. Today, he begins his three-day visit to the state after Lok Sabha election. 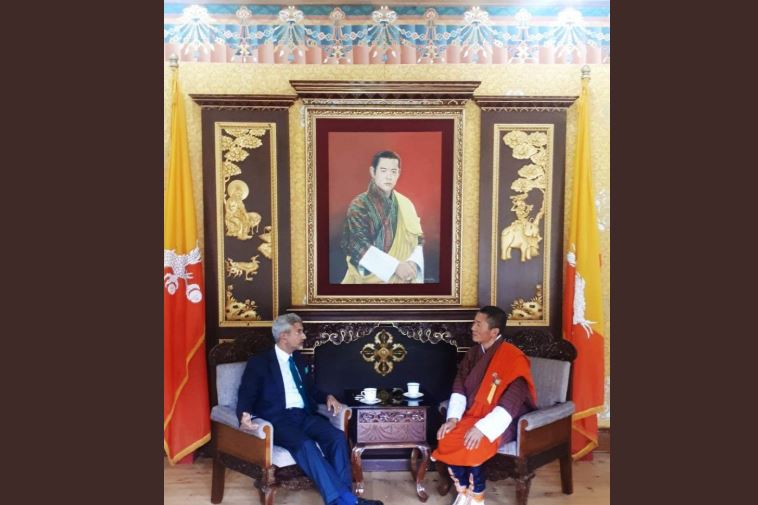 15.56 pm:Â Maharashtra: Iqbal Ibrahim Kaskar, Dawood Ibrahim's brother, will be admitted to a hospital today after complaining of severe pain and swelling in elbow and ankle joints. A Thane Court has instructed Thane Central Jail authority to admit him to either Mumbai's St George's Hospital or JJ Hospital.

15.45 pm:Â Delhi CM writes to Minister for Health and Family Welfare Harsh Vardhan, states "A good health scheme is already implemented in Delhi. Stopping it and implementing another won't benefit anyone. If Delhi's Health Scheme is stopped and Ayushman Bharat Yojana implemented, residents will be affected".

15.17 pm:Â Jammu and Kashmir: Terrorists have lobbed a grenade at Police Station Sopore, 2 policeman injured. The area has been cordoned off. More details awaited.

15.10 pm:Â Doda: Indian Army and Jammu and Kashmir police recovered a cache of ammunition from the cow shed of a house during a search operation in Bhaleesa area last night. Case registered under Arms Act, one arrested. Further investigation underway.

15.07 pm:Â India Meteorological Dept: Monsoon is likely to set in over Kerala during next 24 hours.

15.05 pm:Â Delhi: Two miscreants arrested by Special Cell of police after an exchange of fire in Hiranki village, Burari. One of the two arrested miscreants was injured in the operation. Two semi- automatic pistols of .32 bore with 5 live cartridges recovered.

12.20 pm:Â If MS Dhoni and BCCI convince ICC that the "balidaan badge" does not have any political, religious, or racial message, ICC may consider the request, says ANI quoting ICC sources.

If MS Dhoni and BCCI convince ICC that the "balidaan badge" does not have any political, religious, or racial message, ICC may consider the request: ANI quoting ICC sources

12.12 pm:Â There will be 5 Deputy Chief Ministers in Andhra Pradesh cabinet. The Deputy CMs will be one each from Scheduled Caste, Scheduled Tribe, Backward Castes, Minority and Kapu community,Â YSRCP MLA Mohammed Mustafa Shaik.

12 pm:Â Delhi's Rouse Avenue Court adjourns passing of order on a complaint seeking lodging of an FIR against Congress President Rahul Gandhi for his alleged 'khoon ki dalali' remark against Prime Minister Narendra Modi in 2016. Court to pass the order likely on July 19.

12 pm:Â Claire Furlong, ICC General Manager, Strategic Communications on what if BCCI seeks permission for MS Dhoni to use 'Balidaan' insignia gloves said, "As of now, I do not know. It would need to be considered by the ICC."

11.55 am:Â Committee of Administrators (CoA) chief Vinod Rai: We have already written (to ICC to seek permission for MS Dhoni to wear 'Balidaan' insignia on his gloves), will speak more after the meeting (CoA meeting).

11.45 am:Â West Bengal Chief Minister Mamata Benerjee writes to Prime Minister Narendra Modi stating 'given that the NITI Aaayog has no financial powers and the power to support state plans it is fruitless for me to attend the meeting (June 15).'

11.40 am:Â The Court has granted bail to Aam Aadmi Party (AAP) leaders Sushil Gupta, Manoj Kumar, and Atishi Marlena on a personal bond of Rs 10,000 each in connection with the case.

11 am:Â One head constable and two constables have been suspended in connection with a case wherein a man accused in a smuggling case died in custody of Delhi police at Nand Nagri PS, yesterday.

10.40 am:Â Shashi Tharoor appeared before Rouse avenue court in "scorpion sitting on a shivling" remark case. Court grants bail to Tharoor on personal bond of Rs 20,000. Matter will now be heard on July 25 for recording of statement of complainant and BJP leader Rajeev Babbar.

10.30 am: Visuals from Mango festival underway in Bhopal. The festival has been organised by National Bank for Agriculture and Rural Development (NABARD), and will continue till June 8.

Visuals from Mango festival underway in Bhopal. The festival has been organised by National Bank for Agriculture and Rural Development (NABARD), and will continue till June 8, reports ANI.#MadhyaPradesh #MangoFestival

10 am:Â Five people dead and 3 injured after a car hit a parked truck at around 5 am today, on a highway near Renigunta Mandal in Andhra Pradesh's Chittoor district.

Five people dead and three injured after a car hit a parked truck at around 5 am today, on a highway near Renigunta Mandal in Chittoor District, reports ANI.#AndhraPradesh

9.20 am:Â Priests at Yamunotri Temple in Uttarkashi cover donation boxes with cloth alleging non-payment of salaries. SDM Barkot says,'We have received few photographs and video footage in which donation boxes can be seen covered with cloth. An FIR has been registered and action will be taken.'

8.55 am:Â Long Range Maritime Reconnaissance aircraft P8I airborne from INS Rajali, Arakonam, Tamil Nadu for the ongoing search operations for missing AN32. It will carry out search using its special radars and sensors for locating the plane, according to Indian Navy.

8.30 am:Â UPDATE | Another terrorist has been gunned down by security forces, total of four terrorists killed so far at Lassipora in Pulwama.

7.50 am:Â Three terrorists have been killed by security forces, 3 AK series rifles recovered in an encounetr at Lassipora in Pulwama. The search operation is underway. 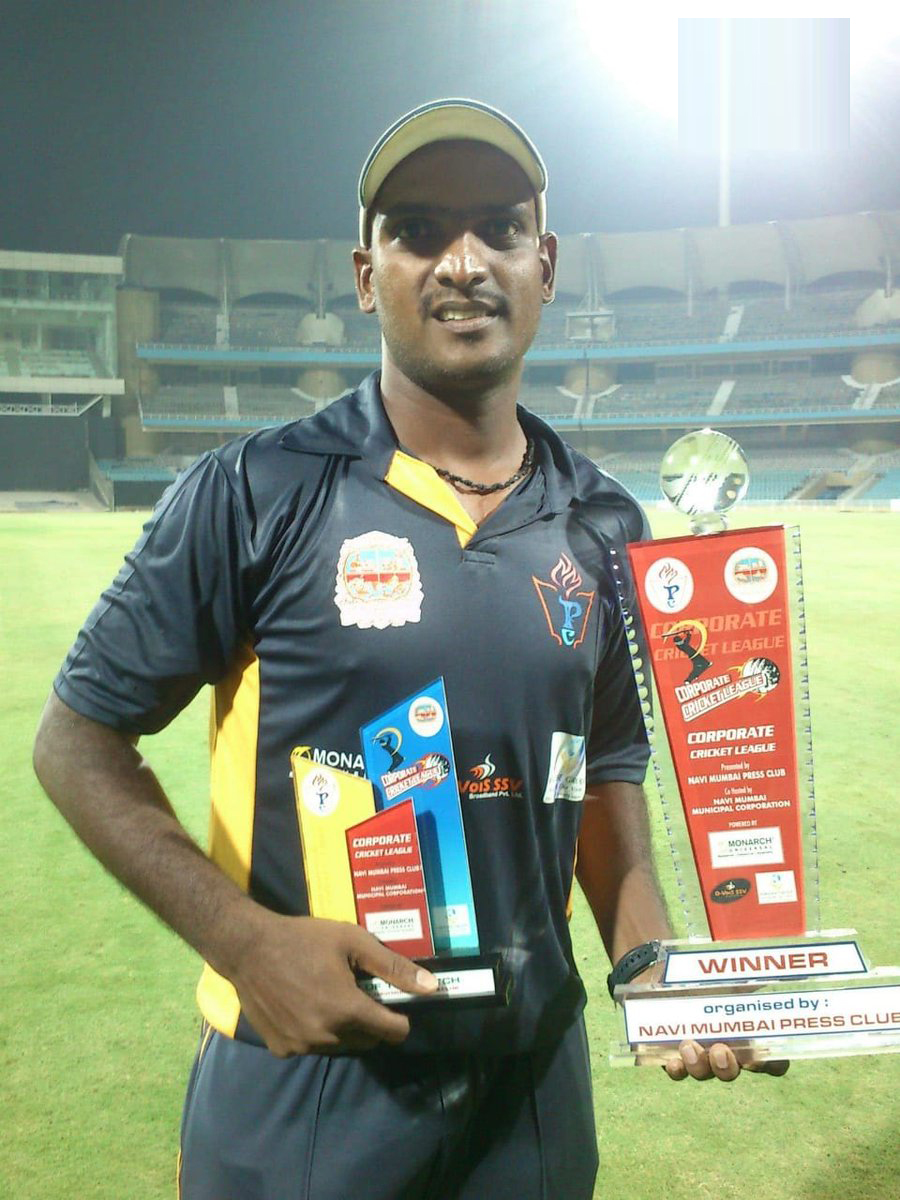