Congress president Rahul Gandhi and Jyotiraditya Scindia, the party’s general secretary in charge of western Uttar Pradesh, will accompany Priyanka Gandhi during her first visit to the Uttar Pradesh Congress Committee (UPCC) headquarters after her appointment as general secretary in charge of eastern Uttar Pradesh on Monday. The Comptroller and Auditor General of India (CAG) will likely submit to the President on Monday a much-awaited report on its audit of big-ticket military procurements in the last few years, including the controversial Rafale jet fighter deal. Prime Minister Narendra Modi will serve food to schoolchildren from an underprivileged background in Vrindavan on Monday. The Gujjar community agitation demanding five per cent quota in jobs and educational institutes. Roma turned out to be a favourite at the BAFTA 2019. CBI to continue interrogation of Kolkata Police chief Rajeev Kumar. TDP president and Andhra Pradesh Chief Minister N Chandrababu Naidu will sit on a day-long hunger strike in the national capital on Monday demanding special status for his state and fulfilment of commitments made by the Centre under the AP Reorganisation Act, 2014.

Uttarakhand: Main accused Sardar Hardev and his son Sukka arrested by Haridwar police in Jhabrera in connection with the deaths that occurred due to consumption of illicit liquor in Roorkee.

Odisha: our people died and 11 sustained critical injuries after a pickup van they were travelling in turned turtle near Kathiguda in Malkangiri district today. Injured have been admitted to hospital.

Would like to appeal to Gujjar community that they pressurise the PM to give 5% reservation,the way they gave 10 % reservation to General Category. Our govt is 45 days old, we're not saying no. If they will block roads then govt will also do its work, says Rajasthan Minister Bhanwar Lal.

Former Tamil Nadu CM Jayalalithaa death probe: Madras High Court rejects the petition of Apollo hospital seeking a stay on the Arumughaswamy Commission proceedings until a medical board is formed. Next date of hearing is February 15.

Supreme Court exempts personal appearance of Delhi Chief Minister Arvind Kejriwal in a local court in Amethi in a case of alleged derogatory remarks against Congress and BJP in the run up to the 2014 Lok Sabha election.

Kolkata Police Commissioner Rajeev Kumar arrives at CBI office in Shillong for questioning in connection with Saradha chit fund scam. This is the third day of his questioning by CBI.

Childish Gambino wins Grammy for Record of the Year. 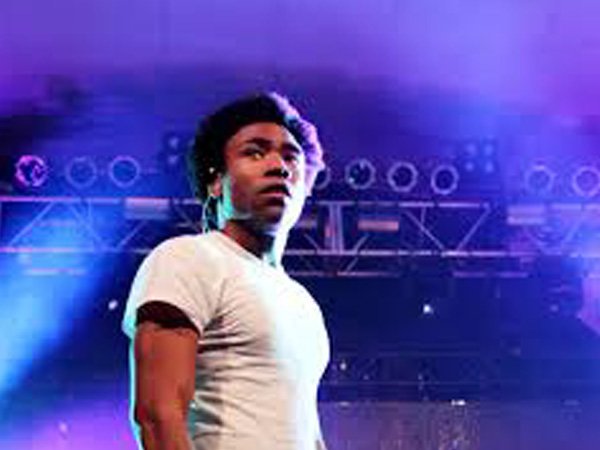 A function to unveil the portrait of former Prime Minister Atal Bihari Vajpayee will be held on Tuesday in the Central Hall of Parliament House. The portrait will be unveiled by President Ram Nath Kovind..

17 trains of Northern Railway are running late today due to fog and low visibility.

17 trains of Northern Railway are running late today due to fog/low visibility. pic.twitter.com/ELzpyUkJRW

Some of the important team members of popular film franchise Bahubali and celebrity chef Sanjeev Kapoor will attend Prime Minister Narendra Modi’s programme here on Monday during which he will serve food to school children from an underprivileged background, the organisers said. Director and screenwriter SS Rajamouli is one of the goodwill ambassadors of Akshaya Patra Foundation which is hosting the event.

Fire breaks out at godown in Kolkata market, no casualty

A fire broke out at a godown in the Burrabazar area of the city on Sunday evening. Fire brigade sources said five fire tenders managed to put off the blaze in two hours and there was no report of any casualty. The fire broke out at the godown, located on the first floor of a building on Jamunalal Bazaz Street, at around 8:30 pm, they said. “We have managed to totally extinguish the flames at around 10:30 pm. Our men are now dumping materials gutted inside the godown in an open courtyard of the building,” a fire brigade source said. Fire brigade personnel managed to contain the blaze by unlocking the room, located next to the godown, and sprinkling water, they said. Fire Services Minister Sujit Bose visited the spot and supervised the fire-fighting operations. The godown mainly stocked clothes as well as some other combustible materials, they said, adding that the extent of damage is yet to be assessed.