Srinagar: Border Security Force (BSF) has organised a 6-day 'Bharat Darshan Tour' for 20 Kashmiri students. Danish Shafiq Baig, a student says, "We are grateful for this opportunity, we will get the chance to see other states and learn more about our history." #JammuAndKashmir pic.twitter.com/J95sNjPp9z

There is no scandal with Rafale, we had the request for 36 aircraft and we are going to deliver it. If Government of India wants more aircraft, we will be more than pleased to deliver, says Dassault Aviation CEO Eric Trappier.

SP Thane (rural): Our Bomb Detection & Disposal Squad present on the spot. Anti-Terror Squad also there. Samples will be sent to forensic. Registering an offence. As per preliminary investigation, it was a very small device incapable to injure someone. Investigation going on.

GST Council defers the decision on the real estate tax. Extends the deadline for sales returns till February 22.

Russian Minister Denis Manturov on if Russia will support India in UN security council to declare Masood Azhar as global terrorist: Definitely, we would also like to convey our condolences about the terrorist attack that happened. Russia supports India in the question of terrorism.

Dominic Asquith, British High Commissioner to India: Both UK & India have suffered from terrorist attacks. So, what has happened in India last week in Kashmir is something that we regret. We send our condolences & we deplore terrorism wherever it takes place.

UP CM Yogi Adityanath in Bhawanipatna (Odisha): We all need to decide that the fight against terrorism is not an individual's or any party's fight, it is the nation's battle against terrorism in which every citizen must pledge to work together under the leadership of Modi ji.

Union Minister Ravi Shankar Prasad on cricket with Pakistan: The people from the cricket board, government, and security establishment will decide on it. I have nothing to say but we should respect the sentiments of those who are against this.

TRS' AR Khan on Telangana minister Jagadish Reddy's reported remark 'women are at home' when asked about no women in Cabinet: I strongly deny such remarks made by any minister, & even if they've been made, party doesn't stand by such remarks. TRS has greatest respect for women leaders

New Zealand Dy PM Winston Peters in New Zealand Parliament: I move the motion that this House condemn Feb 14 act of terrorism on Indian CRPF leading to large loss of life. We express solidarity with GoI at this difficult time as well as offer our deep sympathies to those affected.

Five persons, including four of a family, were killed when their car collided with a truck near Raiya village in Haryana's Jhajjar district on Wednesday morning.

Consortium of Indian Petroleum Dealers (CIPD) has appealed to its members to keep their petrol pumps & other fuel stations closed for 20 minutes as a mark of homage & solidarity for CRPF jawans who lost their lives in Pulwama attack.

Kerala: Women devotees offer desserts to Attukal Devi on the occasion of Attukal Pongala in Trivandrum.

Three dead in a collision between an Audi car and a dumper near ESI Hospital on KN Katju Marg at Rohini's sector-15 in Delhi on Tuesday night. A case has been registered.

Scientists at Zoological Survey of India (ZSI) have found a rare frog species in LowerSubansiri district of Arunachal Pradesh, according to a recently published journal.

Supreme Court holds Reliance Communication chairman Anil Ambani and two directors guilty of contempt of court on a contempt plea filed by Ericsson India against him over not clearing its dues of Rs 550 crore.

Andhra Pradesh CM Chandrababu Naidu: Will not tolerate jeopardizing National security for self-interests. Will not tolerate playing with Army for political gains. Tough action should be taken on terror attacks.

BCCI Sources on if India will play against Pakistan in World Cup: But the result of that would be that Pakistan will get the points of the match & if it is final (b/w India & Pakistan), they will win the World Cup without even playing. We haven't yet approached ICC in this regard.

Hampi: Four youths, who vandalised ancient pillars at a temple in world heritage site Hampi earlier this year, helped restore the pillars on Tuesday and paid Rs 70,000 fine each after being ordered by a Karnataka court.

Hampi: Four youths (standing in the middle in 1st pic) who vandalised ancient pillars at a temple in world heritage site Hampi earlier this year, helped restore the pillars yesterday & paid Rs 70,000 fine each after being ordered by a Karnataka court. pic.twitter.com/vF5cFc2JSZ

Bihar Deputy chief minister Sushil Modi entered the official residence on Desh Ratna Marg which was earlier residence of RJD leader Tejashwi Yadav. Modi says, “It feels like we've entered a 7-star hotel. Everything is special and nothing is ordinary. Crores have been spent on this bungalow.” 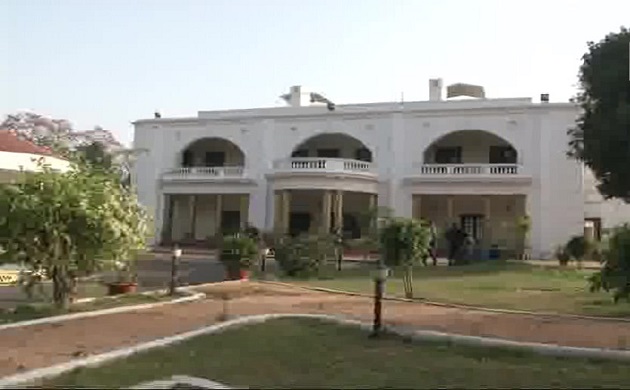 US President Donald Trump on Pulwama Attack: I've seen it, I've received a lot of reports on it. We'll have a comment at an appropriate time. It would be wonderful if they got along. It seems like that was a horrible situation. But we're getting reports, we'll have a statement to put out.

Deputy Commissioner Jammu, Ramesh Kumar: Relaxation has been given in curfew in Jammu city between 8 am to 11 am today.

12 trains of Northern Railways running late due to fog.