Prime Minister Narendra Modi scheduled to Two-day visit of South Korea. The brief tour will include a ceremony where Prime Minister Modi will receive the Seoul Peace Prize from the Seoul Peace Prize Cultural Foundation. BJP National President Amit Shah scheduled to visit Karnataka to convene a meeting of heads of BJP 'Shakti Kendras' from Chikkaballapur, Kolar and nearby constituencies. Five Army jawans feared to be trapped in an avalanche in Himachal Pradesh's Kinnaur district. Congress president Rahul Gandhi to visit Guwahati to boost the morale of party workers and leaders of the northeastern region ahead of the Lok Sabha polls. He will address 23,000 booth committee presidents of the party and delegates.

Police will take action as per the law, says Karnataka Chief Minister HD Kumaraswamy on the arrest of Congress MLA JN Ganesh.

Karnataka Chief Minister HD Kumaraswamy on arrest of Congress MLA JN Ganesh (He was absconding after allegedly assaulting another Congress MLA Anand Singh at a resort in Karnataka last month): The police will take action as per the law. pic.twitter.com/agU69rZWK7

Following incessant rain in Panchari, a bus on its way from Katti to Udhampur is stuck at Latyar Nallah in Jammu and Kashmir. All the passengers have been safely evacuated. 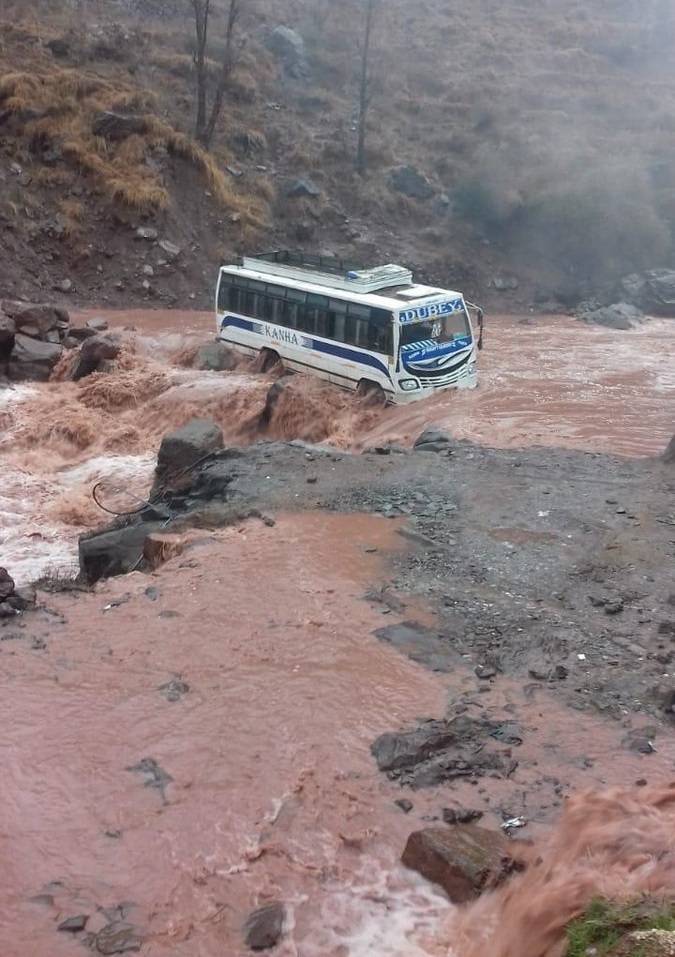 Raigad Police: We received a call yesterday that a bomb like an element was found in a govt bus. Some detonators & electric devices, enough to make a bomb were found. Police, with help of bomb squad, have safely removed it from the bus. Case registered, investigation underway.

Six persons were Thursday killed and 18 others injured when three vehicles were involved in an accident on the Lucknow-Agra Expressway in Mirzapur Ajigawan village here, police said. The incident took place at about 2 AM when a truck carrying pipes lost control and hit a divider. As pipes got scattered on the Expressway, a bus coming from behind overturned and hit a car from the back. Three women and two children were among those killed on the spot while 18 others were injured in the incident, Circle Officer, Bangarmau, Ambrish Bhadauria said. The bus was going to Muzaffarpur in Bihar from Delhi, he said and added that attempts were on to identify the victims.

CB Ananthakrishnan, HAL Director(Finance): The financial condition of the company is very stable and robust, there is no problem as far as finances are concerned. Our reserves and surpluses are good at Rs 12,000 crore, our profitability is growing

Supreme Court agrees to hear tomorrow a plea filed by an advocate against the alleged attacks on Kashmiri students all over the country after Pulwama attack.

Chhattisgarh: A food stall owner in Jagdalpur is offering a discount of â‚¹10 on chicken leg piece to customers who say 'Pakistan Murdabad'. Anjal Singh, stall owner says,"Pak never valued humanity&they never will.That's why everyone should say Pakistan Murdabad from their hearts".

Chhattisgarh: A food stall owner in Jagdalpur is offering a discount of â‚¹10 on chicken leg piece to customers who say 'Pakistan Murdabad'. Anjal Singh, stall owner says,"Pak never valued humanity&they never will.That's why everyone should say Pakistan Murdabad from their hearts" pic.twitter.com/ugEN8N5L5E

Delhi Police Crime Branch has arrested notorious criminal Raju Hakla alias Shyam Sunder from Pushpanjali farmhouse after an encounter. The accused has more than 100 cases against him including murder, extortion and bank robbery.

K Goverdhan Reddy(in pic), a native of Yadadri Bhuvanagiri, Telangana has been shot dead in Florida,USA. His brother Madhusudhan says 'The local authorities suspect that men who killed him were robbers. We don’t know the exact reason yet, waiting for details'.

K Goverdhan Reddy(in pic), a native of Yadadri Bhuvanagiri, Telangana has been shot dead in Florida,USA. His brother Madhusudhan says 'The local authorities suspect that men who killed him were robbers. We don’t know the exact reason yet, waiting for details' pic.twitter.com/uCIO9THKkM

Uttarakhand: Rishikesh-Gangotri highway blocked due to mountain debris for the last 9 hours at Dhikiyara, Kandisaur.

Death toll rises to 69. Dozens of people were trapped when a huge fire tore through apartment buildings also used as chemical warehouses in the Bangladeshi capital of Dhaka.

ITBP: Rescue ops to continue shortly. 4 inch fresh snow accumulation on the snow slopes. More than 250 jawans of Army, ITBP & BRO machines to resume the search for 5 jawans trapped in snow after an avalanche hit them in Namgya region of Kinnaur district. Temperature is -15°C.

Jammu & Kashmir: Curfew relaxed in Jammu from 7 am to 2 pm today. Restrictions under section-144 still remain imposed. All wine shops and bars to remain closed.

Rampur: UP Police Constable Firoz Khan is collecting funds for families of CRPF jawans who lost their lives in Pulwama attack. Khan says 'I requested and got permission to move around the city for 3 days and collect funds, it is the least I can do. I am getting the support of all'. 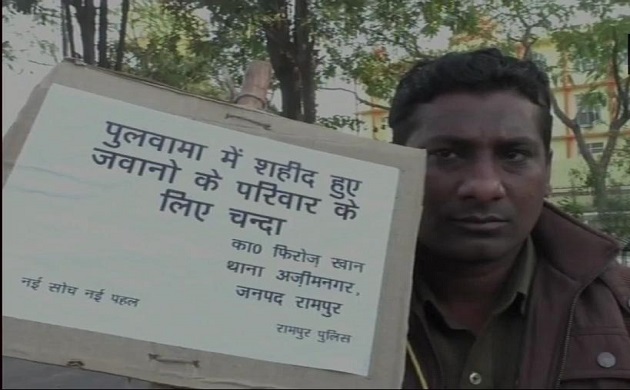 Assam: Former Arunachal Pradesh Chief Minister Gegong Apang joined JD(S) yesterday. He says "JD(S)...secular forces are there. Therefore we have decided now we will be together." pic.twitter.com/lQRYQ4E10R

South Korea: Prime Minister Narendra Modi arrives in Seoul. He is on a two-day visit to the country. pic.twitter.com/h9zRzrnsTN