Defence Minister Nirmala Sitharaman and three services chiefs from the Navy, Air Force and Army will consult defence attach on how to expose Pakistan on the terror front. Prime Minister Narendra Modi scheduled to inaugurate the National War Memorial near India Gate. The memorial will honour soldiers who have laid down their lives for the country since Independence. Robert Vadra to appear before the ED for questioning on his London properties. Supreme court will hear a PIL seeking direction to the Election Commission of India requiring all political parties to not field candidates who have more than two children and to also declare the two-child norm a mandatory criterion for government jobs, subsidies besides other measures to control population explosion. The Academy Awards better known as Oscars 2019 is being held at the Dolby Theatre in Los Angeles. Watch out for all the latest news here:

The condition of ailing Goa Chief Minister Manohar Parrikar is stable, his office said Monday after a senior doctor from the AIIMS in New Delhi conducted his health check-up at a state-run hospital here. Parrikar, 63, was admitted to the Goa Medical College and Hospital (GMCH) on Saturday. Two doctors from the All India Institute of Medical Sciences (AIIMS), Delhi, had arrived here Sunday afternoon to examine the senior BJP leader.

Silver prices were higher by Rs 100 to Rs 41,600 per kg in the national capital on Monday, while gold ruled flat at Rs 34,590 per 10 gram on scattered demand, according to All India Sarafa Association. Traders attributed the rise in silver prices to pickup in offtake by industrial units and coin makers at the local spot market.

A nor’wester accompanied with sharp showers lashed Kolkata early Monday, uprooting trees and snapping cables. According to the Met department, a 44-km-per-hour gale hit Kolkata and its nearby areas at 3.55 am, followed by another gust, with a speed of 56 km per hour at 4.25 am. During this period, the city received 15.6mm rainfall.

Sources: Anurag Thakur has asked Twitter to ensure that Indian elections are not undermined and influenced by foreign entities. He stressed they must work in real time with Election Commission to address issues. Twitter has been given 10 days to reply in writing to questions that remained unanswered and they may be called again before the Parliamentary Committee.

Five Army jawans missing since Wednesday's avalanche near Shipki La along the India-China border in Himachal Pradesh still remain untraced, officials said on Monday. Six jawans of the Army's 7 JAK Rifles -- four from Himachal Pradesh, one each from Uttarakhand and Jammu and Kashmir -- were buried under the avalanche that occurred near the Shipki La border outpost in Kinnaur district around 11 am on Wednesday. The body of Havaldar Rakesh Kumar was recovered the same day, while the others are still missing.

An operation to trace the personnel was underway, a district official said. The weather is clear in Pooh town but it is cloudy near the spot of the incident, Kinnaur district public relations officer Mamta Negi said, adding that the rescue operation was restarted at 7 am on Monday. The search and rescue operations are being closely monitored by the Western Command of the Army, a defence spokesperson said. The last rites of Havaldar Rakesh Kumar were performed with full military honours at his native Ghumarpur village in Bilaspur district on Friday.

Goa Health Minister Vishwajit Rane on Goa CM Manohar Parrikar's health: All his parameters are normal and stable, he will be able to go home tomorrow. Nothing to worry, he is in perfect shape. Do not speculate or believe rumours.

Left parties will not participate in the meeting of the opposition parties, scheduled to be held on 27 February, in Parliament House Annexe Extension building over Common Minimum Programme.

Defence Minister Nirmala Sitharaman, addresses the conclave of Defence Attaches deployed across the globe. In the 2-day conclave, beginning today they would discuss issues related to international military cooperation & diplomacy. 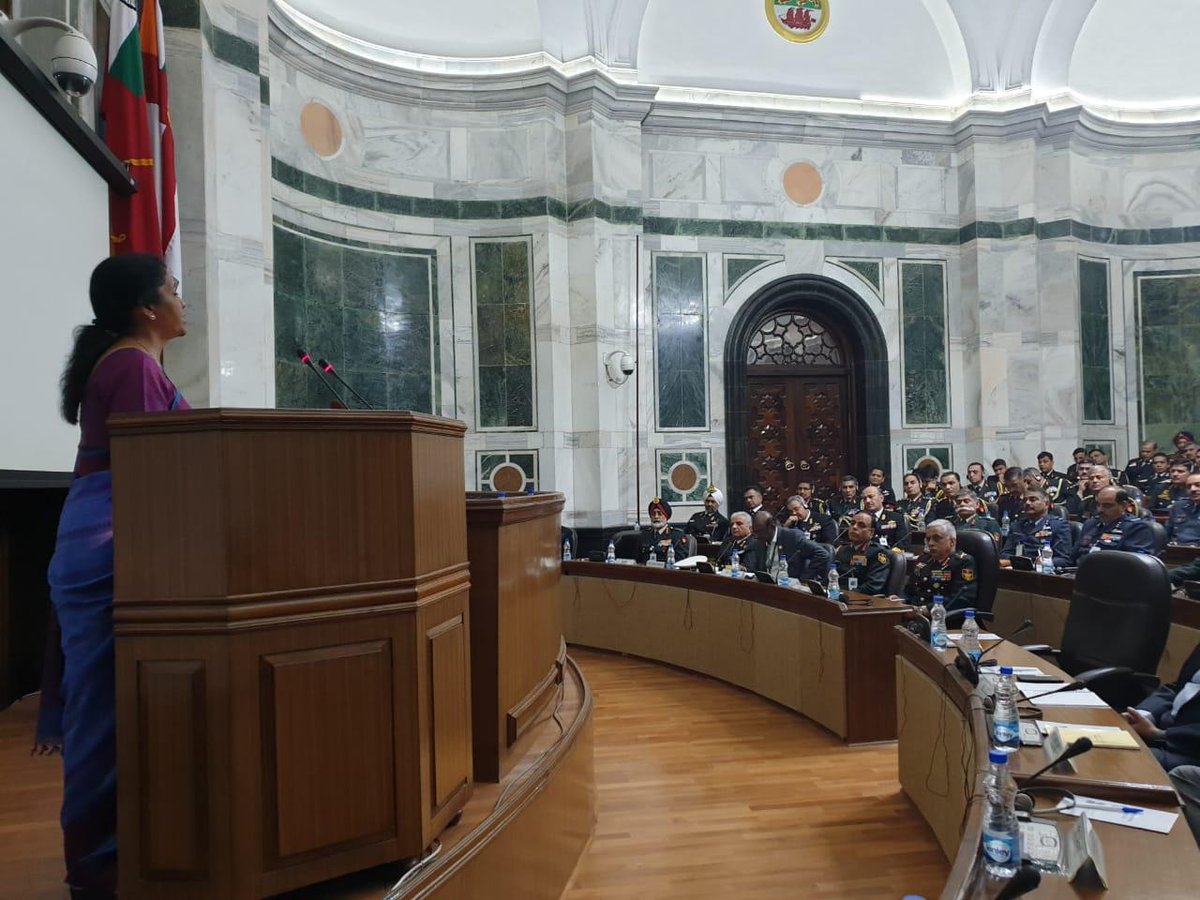 Siddaramaiah on Karnataka Deputy Chief Minister's allegation he was thrice denied CM post as he belongs to Dalit community: It's the Congress party which is taking care of Dalits&other neglected sections of society. I don't know in what context he made a statement like that, it's better you ask him.

The three terrorists killed in the Kulgam encounter in Jammu and Kashmir on Sunday have been identified as Raqib Ahmad Sheikh, a resident of Kulgam, and Waleed and Numan from Pakistan, the state police said. As per records they were the top commanders of Jaish-e-Mohammed who were active in the southern parts of Kashmir Valley. Arms and ammunition, including rifles were recovered from the site of encounter. All these materials have been taken in the case records for further investigation and to probe their complicity in other terror cases, the police said.

Supreme Court judge Justice Sanjiv Khanna on Monday recused himself from hearing the appeal of former Congress leader Sajjan Kumar challenging the Delhi High Court verdict sentencing him to life term in a 1984 anti-Sikh riots case. The matter came up for hearing before a bench headed by Chief Justice Ranjan Gogoi. The 73-year-old Kumar had surrendered before a trial court here on December 31, 2018 to serve the sentence in pursuance of the high court's December 17 judgment awarding him life imprisonment for the "remainder of his natural life". The case in which Kumar was convicted and sentenced relates to the killing of five Sikhs in Delhi Cantonment's Raj Nagar Part-I area of southwest Delhi on November 1-2, 1984 and burning down of a gurudwara in Raj Nagar Part-II.

Supreme Court issues notice to centre and Jammu & Kashmir government on a plea filed by two children of Army officers, seeking protection for Army personnel deployed in the state. The plea seeks formulation of a policy to protect human rights of security personnel.

West Bengal Chief Minister Mamata Banerjee to leave for Delhi in the evening today for the Opposition meeting on February 27. Rahul Gandhi to chalk out draft common minimum agenda for the same. Mamata will attend a programme at the Press Club of India, in New Delhi on Tuesday.

National Lawyers Campaign for Judicial Transparency & Reforms (NLCJTR) had moved the SC and filed the petition seeking a direction from the Supreme Court that those lawyers who have 30 years of practice should be termed as seniors, besides pleading for other directions.

Chief Justice of India Ranjan Gogoi, who is heading the Supreme Court bench, withdrew himself from hearing a PIL filed by NLCJTR (National Lawyers Campaign for Judicial Transparency and Reforms), against the usual practice of designating lawyers as 'Senior lawyers'.

Supreme Court refuses to entertain a petition seeking a direction to the Election Commission of India (ECI) to insert an additional condition that 'political party shall not setup candidates, who have more than two children'.

Assam Health Department: Death toll rises to 127 in Golaghat and Jorhat districts due to consumption of spurious liquor; Visuals from a hospital in Golaghat where people admitted for treatment.

Assam Health Department: Death toll rises to 127 in Golaghat and Jorhat districts due to consumption of spurious liquor; Visuals from a hospital in Golaghat where people admitted for treatment. pic.twitter.com/gxMhOXIbOu

Supreme Court refuses to entertain a plea filed by advocate Vineet Dhanda seeking a judicial inquiry into alleged administrative lapses in the Uri and Pulwama attacks and seeking stern legal actions against those in J&K who attacked the armed forces in any form.

Enforcement Directorate (ED) provides digital copy of documents to Robert Vadra's counsel, in connection with money laundering case. Vadra had moved Delhi's Patiala House Court with an application to seek copy of the documents in possession of ED.

Arunachal Pradesh CM Pema Khandu on violence over Permanent Residence Certificate matter: I would like to assure the people in Arunachal Pradesh that govt will not take up the matter even in future. This is a clear message.

Arunachal Pradesh CM on violence over Permanent Residence Certificate matter: On the night of 22 Feb, I had clarified through media&social media that govt won't hold further discussions over this. Today also,an order has been issued via Chief Secy that we won't take up PRC matter.

Nepal’s federal cabinet, under the leadership of Prime Minister KP Sharma Oli, will be undergoing a cabinet reshuffle soon, sources have confirmed.

Delhi: Major pollutants PM 2.5 at 95 and PM 10 at 118, in 'Good' and 'Moderate' categories respectively, in Lodhi Road area according to the Air Quality Index (AQI) data.

Delhi: Major pollutants PM 2.5 at 95 and PM 10 at 118, in 'Good' and 'Moderate' categories respectively, in Lodhi Road area according to the Air Quality Index (AQI) data. pic.twitter.com/oqKOV7aA0u