Announcing His Resignation, Fadnavis Said The BJP Will Not Indulge In Horse-trading And Become The Voice Of The People As A Responsible Opposition.

Maharashtra Chief Minister Devendra Fadnavis, who was asked to prove majority by the Supreme Court, tendered his resignation from the post just three days after forming government with the help NCP rebel Ajit Pawar. The resignation of Fadnavis came hours after his deputy Ajit Pawar quit the post even without formally taking charge.

"We don't have majority after Ajit Pawar's resignation as Dy CM," Fadnavis said. "I will be submitting my resignation to the governor after this media briefing," he said. Ajit Pawar had gone against his uncle and NCP chief Sharad Pawar in supporting the BJP but most of his party MLAs opposed his unilateral decision and supported the Shiv Sena-led alliance. 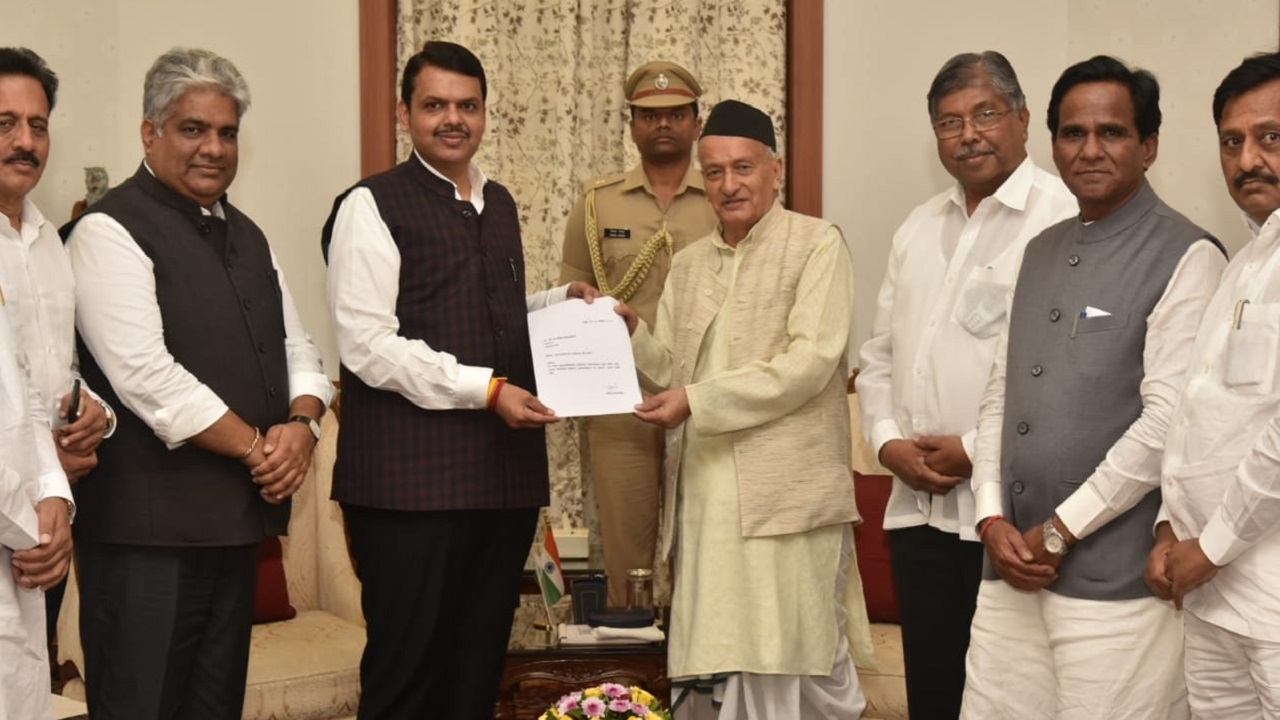 Shiv Sena Surrendered Its "Hindutva" At The Feet Of Sonia Gandhi

Attacking former ally Uddhav Thackeray, Fadnavis said that those who never stepped out of 'Matoshree' (Uddhav's residence) are doing meeting with Congress and NCP. He also accused Shiv Sena of being desperate for the chief minister's post and surrendering its "Hindutva" at the feet of Congress president Sonia Gandhi only to keep the BJP out of power. "The hunger for power is such that now Shiv Sena leaders are even willing to ally with Sonia Gandhi," he said.

The Shiv Sena, which won 56 seats in the Maharashtra Assembly elections, had announced to form government with the NCP and ideologically Opposite Congress. However, in a sudden turn of events, Fadnavis and Ajit Pawar were administered the oath by Maharashtra Governer on Saturday, following which a legal battle ensued and the Supreme Court asked Fadnavis to face floor test by 5 PM wednesday.

The BJP leader also questioned the sustainability of the government which the three parties with varying ideologies are planning to form. The Sena-NCP-Congress government would be like an auto rickshaw with its three wheels running in different directions, he said, predicting that it would topple over.

Senior Congress leader KC Venugopal termed the resignation of Fadnavis a victory of "constitutional democracy" and said that this was a "slap" on the faces of their masters in Delhi. "This is a victory of constitutional democracy. They thought through horse trading they can make Govt. This is not only a failure of Devendra Fadnavis but also a slap on faces of their masters sitting in Delhi," the Congress leader said.

Venugopal said that following the development, Shiv Sena-Congress-NCP will hold a meeting to elect Uddhav Thackeray as the leader of joint legislative party. "Today evening there will be joint press conference of the three(Shiv Sena-Congress-NCP) parties and a meeting. In the meeting leader of joint legislative party will be elected, I think Uddhav ji will be elected," he added.