“People Can Directly Get In Touch With Us On The Helpline Number And The Website And Speak About Issues Affecting Them. We Will Try And Address Them,' Banerjee Told Reporters.

West Bengal Chief Minister Mamata Banerjee on Monday launched a party helpline number and a website to reach out to the masses and address their grievances. She said her party leaders and workers will reach out to people across the state, spend time with them and listen to their complaints.

“People can directly get in touch with us on the helpline number and the website and speak about issues affecting them. We will try and address them,” Banerjee told reporters here after a meeting with Trinamool Congress (TMC) MLAs and senior functionaries.

“Over the next 100 days, more than 1,000 party leaders and workers will reach out to 10,000 villages in the state, spend days there with local people and try and address their grievances,” she added. Assembly elections in West Bengal are due in 2021. 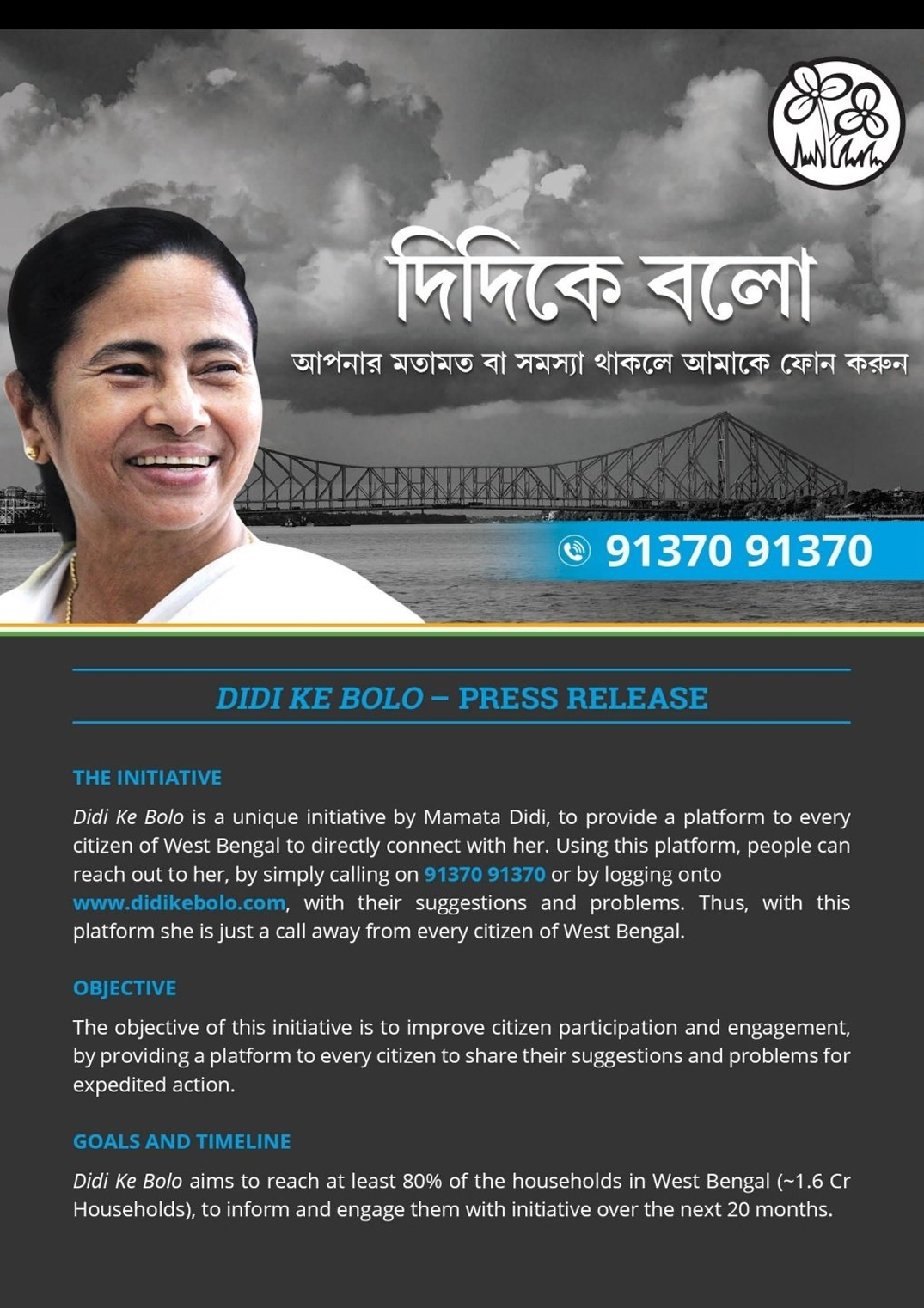 ‘Didi Ke Bolo’ is the first major scheme that the party has launched after taking Prashant Kishor came in as party’s strategist. Kishor has previously helped a number of political parties retain or come to power. Most recently, IPAC was involved in managing YS Jagan Mohan Reddy’s successful campaign in the Andhra Pradesh Assembly polls. State election in West Bengal is due in 2021.

According to sources, Kishor’s Indian Political Action Committee (IPAC) has designed the campaign for the election to the 294-member state assembly scheduled to be held in 2021.

“A team has already been setup in Kolkata, IPAC is still in the process of recruitment. Didi Ke Bolo is a unique initiative by Mamata Didi, to provide a platform to every citizen of West Bengal to directly connect with her. Using this platform, people can reach out to her, by simply calling on a number or logging onto the campaign website with their suggestions and problems. Thus, with this platform she is just a call away from every citizen of West Bengal,” an IPAC executive said.