Meanwhile, The Indian Army Chief Bipin Rawat Has Confirmed Counter-offensive Against Terrorists In Pakistan Occupied Kashmir By The Armed Forces.

At least two houses were damaged and few cars were burnt in the incident. (Photo Credit: Special Arrangement)

A civilian was killed and several others were injured in a ceasefire violation by Pakistan troops in Jammu and Kashmir's Kupwara district. The incident took place in the Tangdhar sector of Kupwara. At least two houses were damaged and few cars were burnt in the incident.

Meanwhile, the Indian Army chief Bipin Rawat has confirmed counter-offensive against terrorists in Pakistan occupied Kashmir by the armed forces. Speaking to reporters, Rawat said the Army has destroyed three terror camps in PoK while the another was "severely damaged" and killed 6-10 Pakistani soldiers.
He said that the Army had the coordinates of the terror camps and before they could attempt infiltration, we decided to destroy them.
"Last evening an attempt was made in Tangdhar to infiltrate terrorists, we retaliated, Pakistan carried out attack by firing at our post in which we did suffer. But before they could attempt the infiltration, it was decided that we target those terror camps across (the LoC). We had the coordinates of these camps. We have caused severe damage to terrorists’ infrastructure," Rawat said. 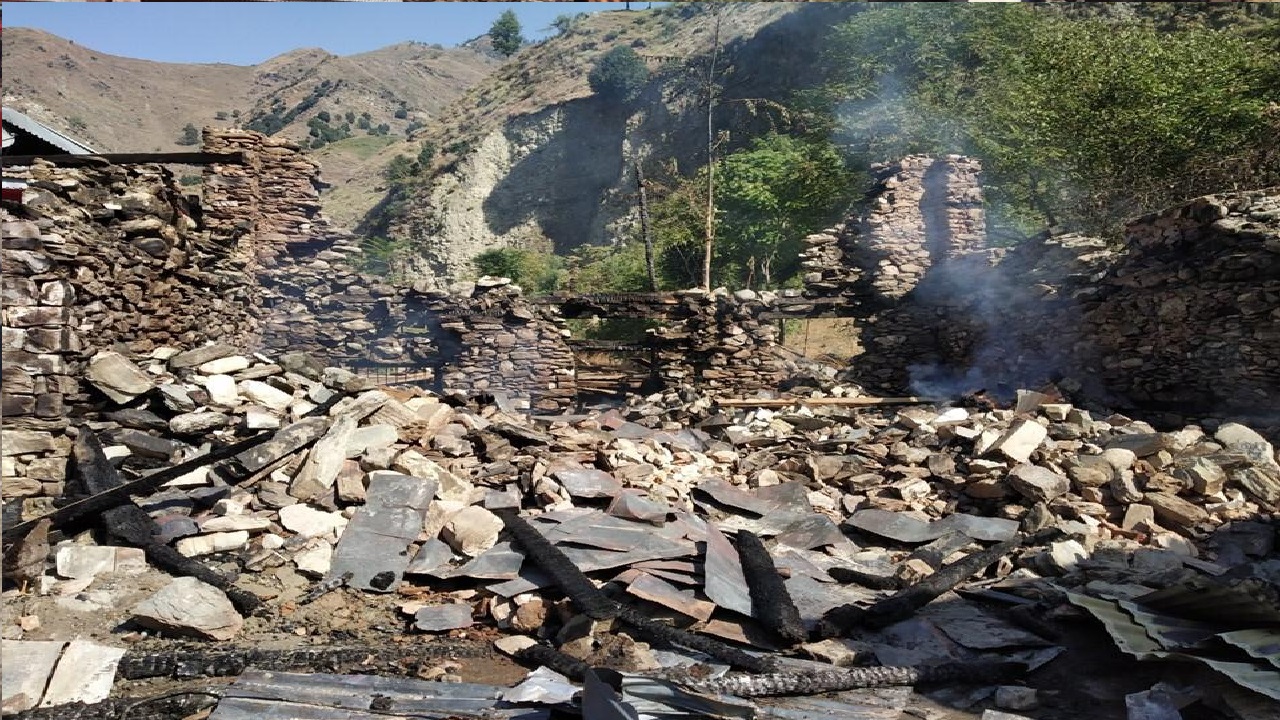 Rawat said that ever since the special status of Kashmir was removed, the Army was getting repeated inputs of infiltration by terrorists from across the border to disturb peace and harmony in the state. He said that there are some agencies within and outide the country that are trying to disrupt peace in the Valley.
"Gradually things are returning to normalcy in valley, but obviously there is somebody who is working behind the scenes at behest of terrorists and agencies that are some within and some outside country, in Pakistan and PoK, who're trying to disrupt peaceful atmosphere," he added.
Earlier in the day, the Indian Army launched a counter-offensive and bombarded terrorists camps in PoK in response to the increased infiltration and ceasefire violation by Pakistan. The army used artillery guns to target the terrorist camps which have been trying to push terrorists into the Indian territory. The ceasefire violation was part of the support being provided by the Pakistani Army to the terrorists trying to sneak into the Indian side of the border.