To maintain respect for healthy democratic traditions, next Mann ki Baat to be held in May: PM Modi

The Monthly Radio Show, Where The Prime Minister Shares His Thoughts Can Also Be Heard Live On The Official Narendra Modi App

Prime Minister Narendra Modi will address the nation in the 53rd edition of his monthly radio show â€˜Mann ki Baatâ€™ at 11 am on Sunday. The yearâ€™s second edition of PM Modiâ€™s â€˜Mann ki Baatâ€™ will be broadcast on All India Radio (AIR) and Doordarshan. The monthly radio show, where the prime minister shares his thoughts can also be heard live on the official Narendra Modi App. The programme will also be live-streamed on the Youtube channels ofÂ the Prime Ministerâ€™s Office, AIR and DD News. This will be the prime ministerâ€™s first â€˜Mann ki Baatâ€™ after the dastardly Pulwama terror attack in which 40 CRPF jawans were killed by the Jaish-e-Mohammed.

Todayâ€™s #MannKiBaat is special! Do tune in at 11 AM.

Later on donâ€™t say I didnâ€™t tell you in advance :) pic.twitter.com/LT8N5Mkyev

11.30 am:Â In maintaining respect for healthy democratic traditions, the next episode of â€˜Mann Ki Baatâ€™ will be broadcast on the last Sunday of the month of May, says PM.

11.29 am:Â Friends, elections are the biggest celebration of democracy. In the next two months, we will be busy in the hurly-burly of the general elections. I myself will also be a candidate during this election, says PM.

11.29 am:Â During a conversation with one,Â a visually challenged young man mentioned that he happened to be a stage artist, and specialized in mimicry during entertainment programs, so just like that I asked him as to who all he could imitate! And he told me that he could mimic PM, says PM.

11.28 am:Â My dear countrymen, some days ago I went to Kashi and there I got a chance to spend time with my divyang brothers and sisters. 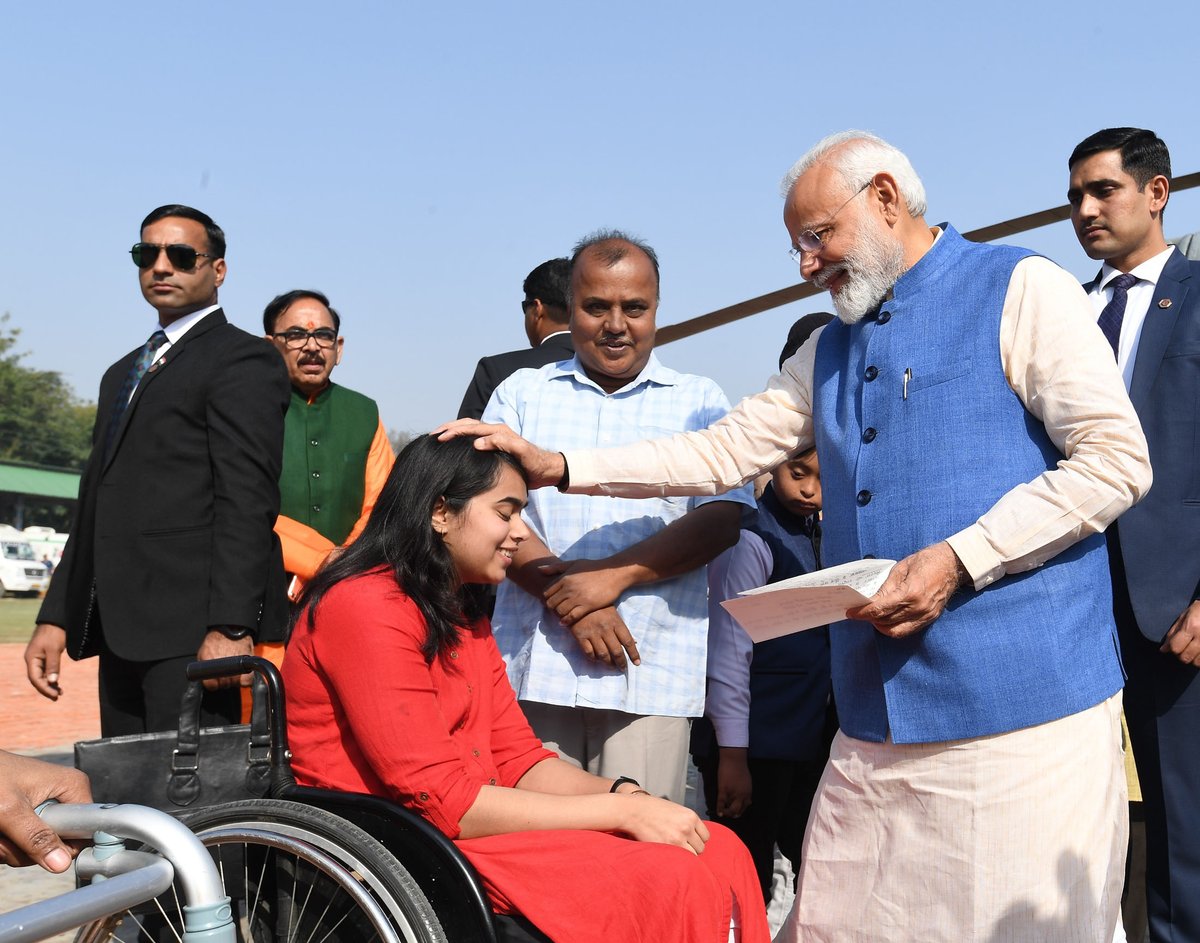 11.27 am:Â My dear countrymen, no mention of India can be complete without citing its festivals. In a few days from now, Mahashivrartri will be celebrated, and that too on a Monday, and when a Shivratri falls on a Monday, it becomes all that special in our heart of our hearts!, says PM.

11.26 am:Â My dear countrymen, exam time in schools throughout nation is soon going to dawn upon us. In next few weeks various education boards across country will initiate process for board examinations of 10th and 12th standards, says PM Modi.Â My best wishes to all the students whoâ€™re going to appear for their examinations, their parents and all the teachers as well, he says.

11.25 am:Â If you know a poor person who is unable to procure treatment due to lack of money, do inform him about PMJAY scheme, says PM.

11.24 am:Â My dear countrymen, today I wish to narrate a heart-rending experience with you which Iâ€™ve been wanting to do past few days. At present, whenever Iâ€™m touring, it is my sincere effort to meet people beneficiaries of â€˜PMJAYâ€™ scheme under Ayushman Bharatâ€™s umbrella, says PM Modi.

11.23 am:Â Madurai Chinna Pillai is same person who at first tried to empower downtrodden and the exploited through the Kalanjiyam movement in Tamil Nadu and initiated community-based micro-financing. 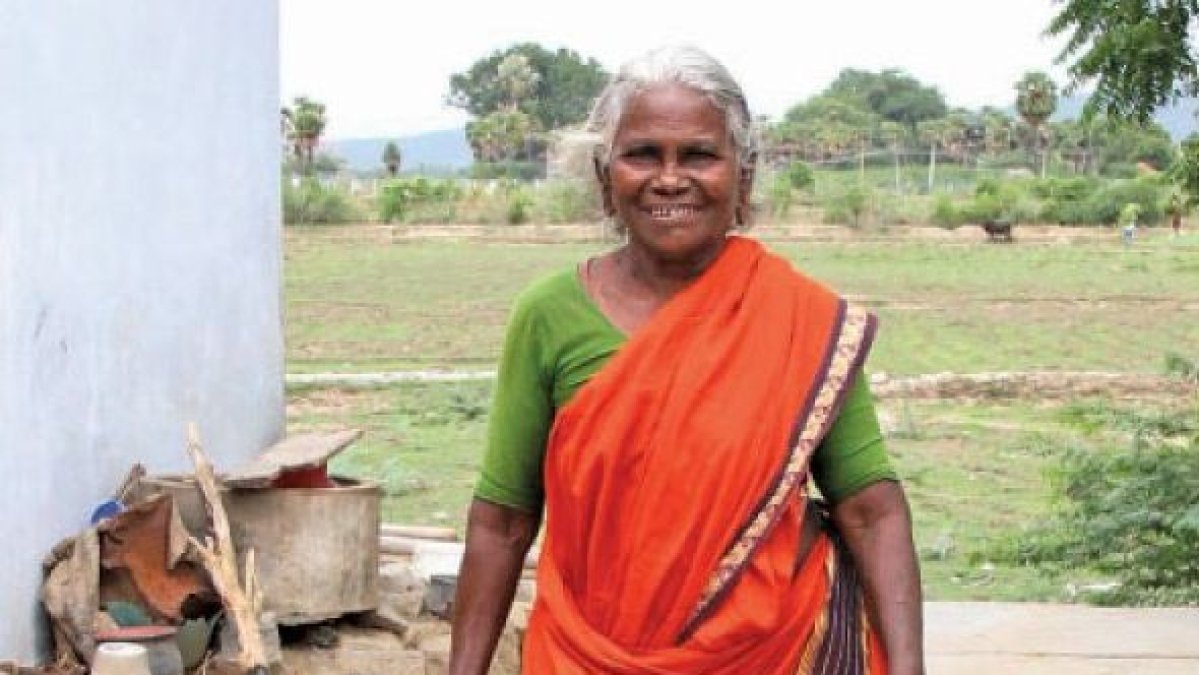 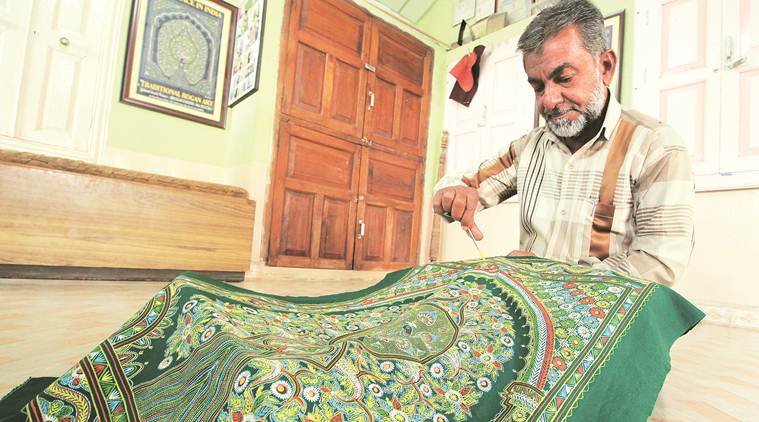 11.21 am:Â Among recipients of Padma award, Shabbir Sayyed of Marathwada is known as the servant of Gau-Mata. The manner he has spent his entire life in the service of Gau-mata, is unique in itself, says PM.

11.21 am:Â You must have heard about Odisha's Daitari Nayak, who is not nicknamed 'Canal Man of Odisha' for nothing, he chiselled through mountain literally with his hands and carved 3 kilometers long canal in his village, and put to rest forever problem of irrigation and water, says PM. 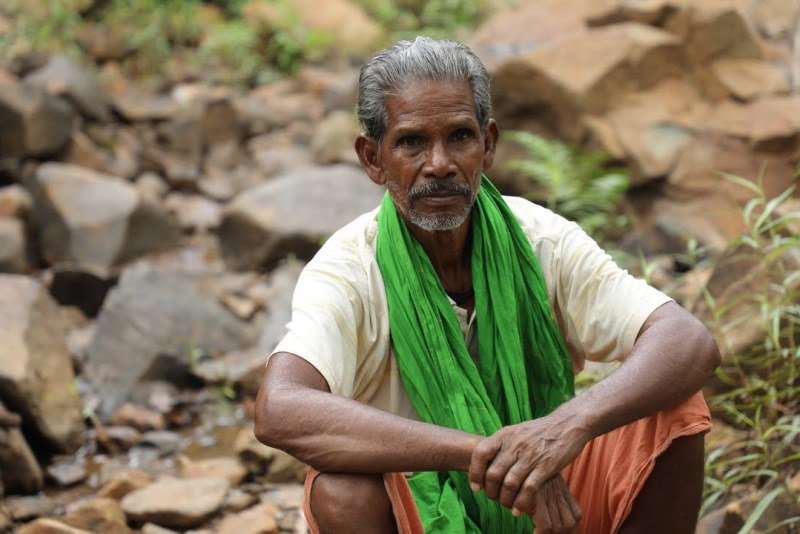 11.20 am: My beloved countrymen, this year too, there was a great buzz about Padma award. Today as we head towards a new India, in which we want to honour those who are doing their work at the grass-root level without any care for a reward, says PM Modi.

11.19 am:Â The 44th amendment, made it mandatory that the proceedings of Parliament and Legislative Assemblies were made public through the newspapers, says PM.

11.18 am:Â During former PM Desai tenure, 44th constitutional amendment was introduced. This was important because 42nd amendment which was brought during emergency, curtailed powers ofÂ Â Supreme Court and implemented provisions which stood to violate our democratic values was struck down, says PM.

11.18 am:Â My dear countrymen, our former Prime Minister Morarji Desai was born on the 29th of February. All of you know that this day comes just once in four years. A simple, peace-loving personality, Morarji bhai was one of the most disciplined leaders, says PM.

11.17 am: JamsetjiÂ knew very well that making India a hub of science, technology and industry was imperative for her future. It was his vision that culminated in the establishment of the Tata Institute of Science, which we know as Indian Institute of Science today, says PM.

11.17 am:Â Coincidentally, 3rd of March is also birth anniversary of Jamsetji Tata. He further states that despite both personalities hailing from diverse family backgrounds, they enriched legacy and history of Jharkhand.

11.17 am:Â Birsa Munda,Â Jamsetji Tata brought glory & honour not just to Jharkhand, but entire country. The country is indeed grateful for their contribution. Today, if an inspiring personality is required for ably guiding our youth, it certainly is that of Bhagwan Birsa Munda, says PM Modi.

11.16 am:Â For â€˜Mann Ki Baatâ€™, I keep getting letters and comments from your side. Once while I was going through your comments, I came across interesting point by Atish Mukhopadhyay ji. He has written that on 3rd of March, 1900, British arrested Birsa Munda, when he was just 25 years old. 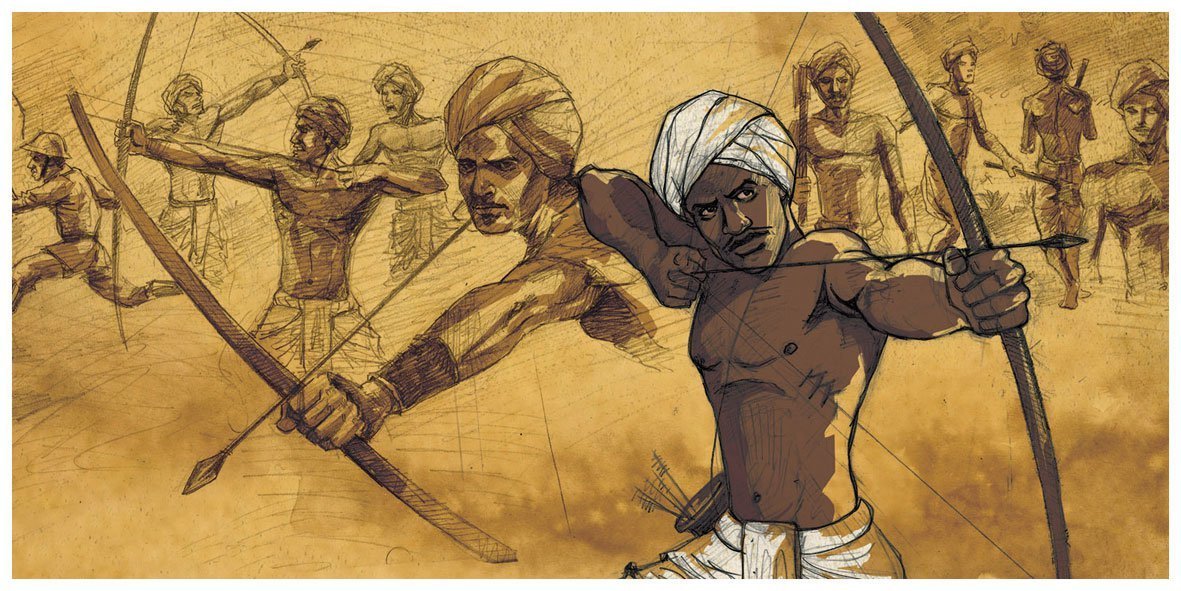 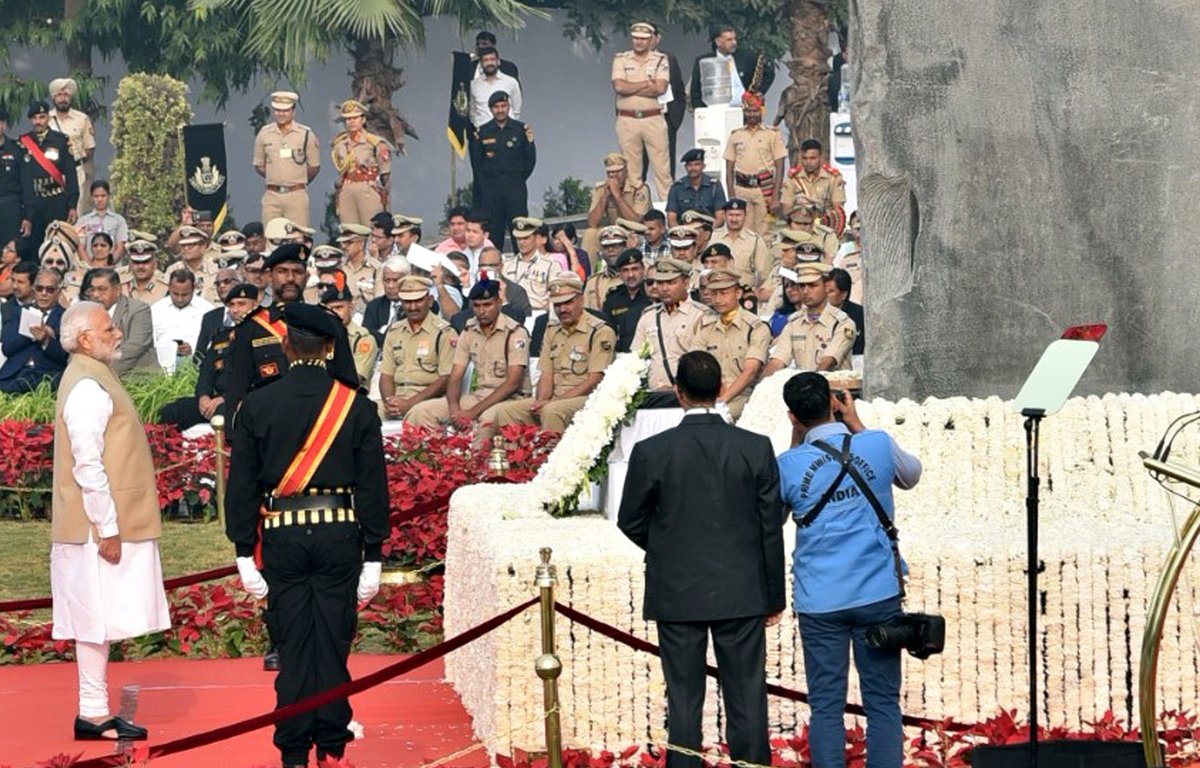 11.13 am:Â The concept of the National Soldiersâ€™ Memorial is based on the notion of four concentric circles, which depicts the journey of a soldier from coming into being, culminating in his martyrdom, says PM Modi.

11.12 am:Â This new memorial has been instituted in the heart of Delhi, in close vicinity of India Gate and Amar Jawan Jyoti. The National Soldiersâ€™ Memorial is a symbol of the nationâ€™s gratitude to those men who made the supreme sacrifice after we gained Independence, says PM.

11.11 am:Â We decided to erect the National War Memorial and I am contented to see it attaining completion in so little a time. Tomorrow, that is on the 25th of February, crores of we Indians will dedicate this National Soldiersâ€™ Memorial to our Armed Forces, says PM.

11.10 am:Â India not having a National War Memorial used to surprise me, pain me a Memorial that would house the valour saga series of our brave soldiers who laid down their lives, safe guarding their nationâ€™s security. And I took a resolve that the country must have such Memorial. 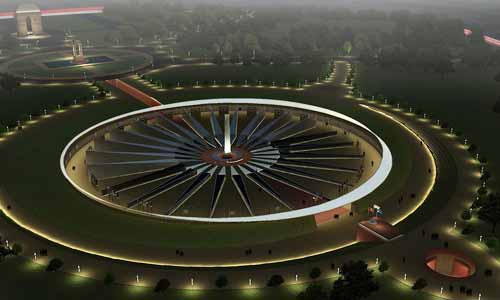 11.10 am:Â My dear countrymen, long wait after Independence for a War Memorial is about to be over. It is natural for our countrymen to be curious about it. On the Narendra Modi App, Shri Onkar Shetty ji of Udupi, Karnataka has expressed his happiness on completion of National War Memorial, says Narendra Modi.

11.09 am:Â To understand virtues of patriotism, sacrifice and perseverance, one doesnâ€™t need to revert to historical events. These are but living examples before your eyesâ€¦ these very examples are source of inspiration for future of a rising & glowing India, says PM. 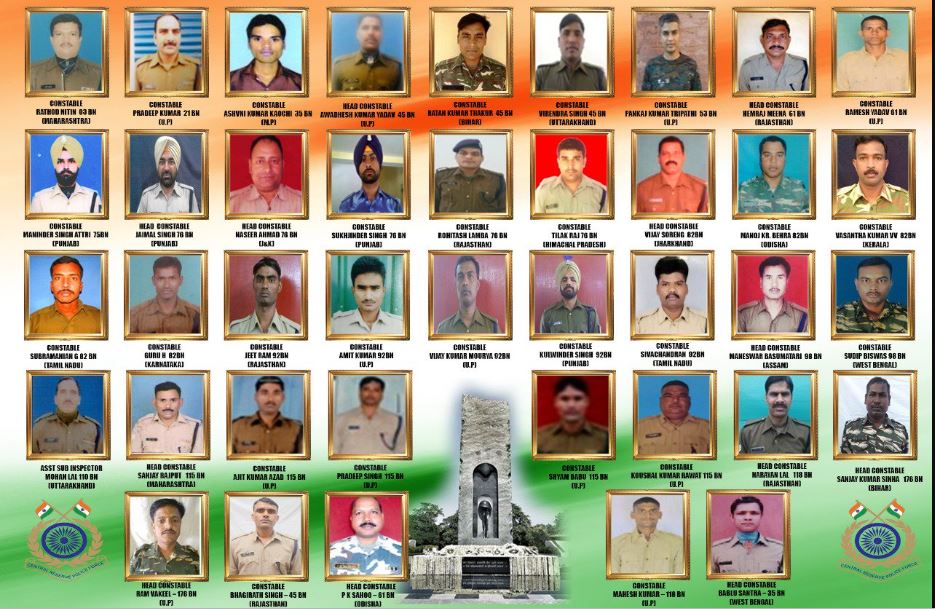 11.07 am:Â Our armed forces have consistently displayed unparalleled courage and valour. On one hand, they have displayed exemplary capabilities in restoring peace; on other, they have retaliated in equal measure, in language attackers understand, says PM.

11.06 am:Â Father of martyr Ratan Thakur of Bhagalpur in Bihar Ram Niranjan Ji displayed exemplary courage in this hour of grief his spirit inspires us all. He said that he will send his second son also to fight for the country and will himself join the battle, if need be, says PM Modi. 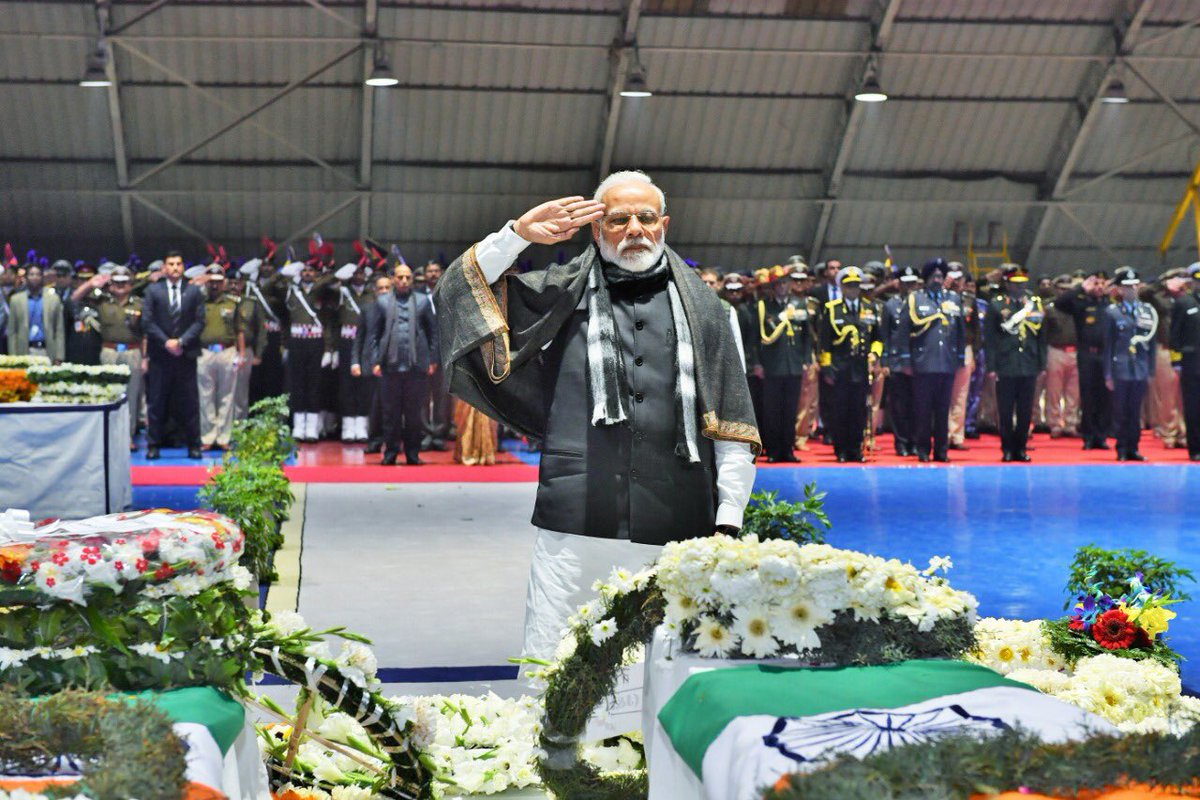 11.05 am:Â We shall have to take up this challenge facing our country, forgetting all barriers of casteism, communalism, regionalism and other difference, so that, our steps against terror are firmer, stronger and more decisive, says PM Modi.

11.03 am:Â I respectfully bow to all the brave sons of the country, who laid down their lives, protecting the honour of their motherland, India. This martyrdom will keep inspiring us relentlessly to uproot the very base of terrorism; it will fortify our resolve, says PM.

11.01 am:Â As a consequence of the Pulwama terror attack and sacrifice of brave jawans, people across country are agonized and enraged. All around, there is a deluge of strong feelings of sympathy for the martyrs & their family members, says PM.

11 am: I pay my tributes to our CRPF personnel who lost their lives in Pulwama, says PM Modi.

11 am:Â My dear countrymen, Namaskar. I begin â€˜#MannKiBaatâ€™ today with a heavy heart. 10 days ago, Mother India had to bear loss of many of her valiant sons, says PM Modi.