Airtel Said That It Was Complying With Instructions Received From Government Authorities On Suspending Voice, SMS And Data In Certain Areas In Delhi.

As violent protests over the Citizenship Amendment Act storm the national capital, leading telecom operator Airtel has suspended voice, mobile internet and SMS services in some parts of Delhi on government orders. Replying to queries of cutomers on Twitter, Airtel confirmed that there was a government directive to suspend internet, voice and SMS services in "certain areas" of Delhi.

"....as per instructions from govt. authorities, Voice, internet and SMS services are currently suspended in your location. Once the suspension orders are lifted, our services will be fully up and running. We're sorry about the inconvenience..," Airtel said in a tweet to a user.

When other users complained about internet and calling services on Airtel not working on Ashoka Road towards India Gate, they too recieved similar response from the telco. "We're complying with instructions received from government authorities on suspending Voice, SMS and data in certain areas in Delhi," Airtel said without giving more details about the communication curb in Delhi. 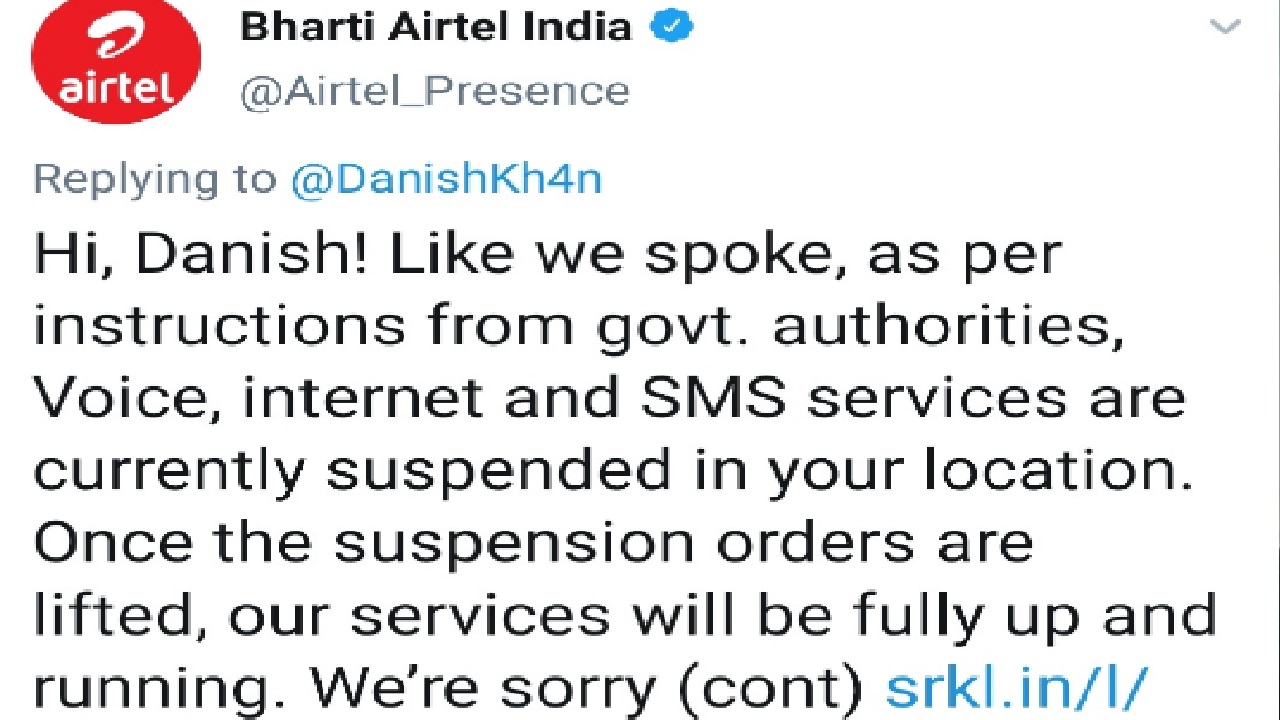 Despite prohibitory orders issued by the Delhi Police, a large number of people protesting against the controversial Citizenship Act have gathered around Red Fort and Mandhi House on Thursday. Police have already detained scores of protesters at the Red Fort and taken away in buses.

The Citizenship Amendment Act, that grants Indian citizenship to illegal migrants from Bangladesh, Pakistan and Afghanistan. The citizenship will be granted on the basis of their religion and all but Muslims will benifit from the act. The citics say that the act is "divisive and discriminatory" and violates the Constitution of India.