The Shield Is Part Of New Plan To Realign VIP-89 Area. The Said Term Is Used To Define VVIP Area In New Delhi That Includes Rashtrapati Bhavan, North Block And South Block.

In days leading up to the release of Indian Air Force Wing Commander Abhinandan Varthaman, there was clear plausibility of an aerial attack on Delhi. From closing down the airspace to deploying anti-aircraft missiles on borders, India had gone all out in protecting the Capital. However, experts are of view that things could have been worse as India lacked a strategic asset in protecting Delhi. Three months since the tension that could have changed the situation in the Indian Subcontinent, Narendra Modi government is inching closer to a landmark deal that will help in securing Delhi with cutting edge technology.

According to a Times of India report, India will soon buy the National Advanced Surface to Air Missile System-II from the US. The report says that the advanced system will be used along with Russian and Israeli missiles to form a formidable security shield for Delhi. The report says that by end of August, US is likely to send final draft of the ‘letter of acceptance.’ The deal, if finalised, will cost around $1 billion to India’s national exchequer. 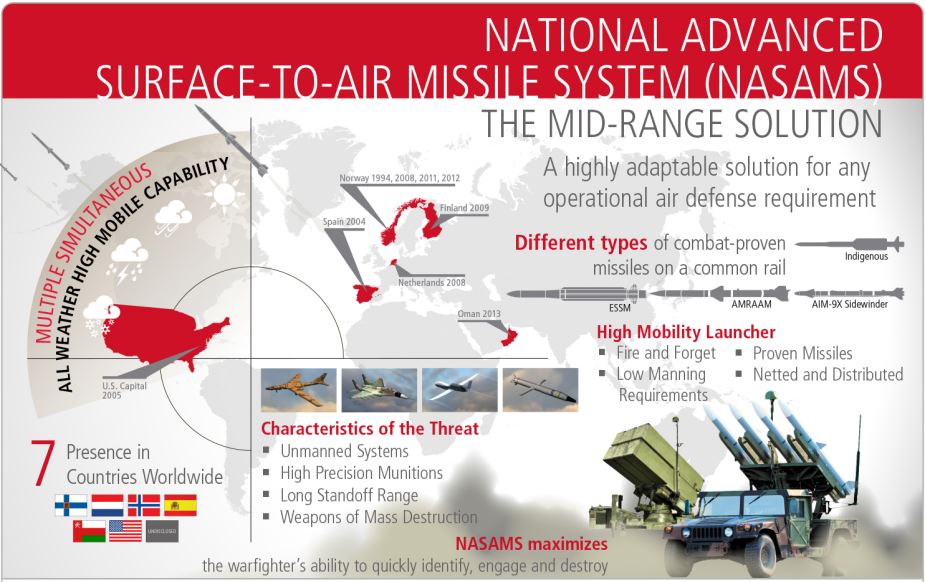 The development comes year after backdoor diplomacy and negotiations since India formally issued a ‘letter of request’ to the US in July, 28.

The National Advanced Surface to Air Missile System-II is the same system that is being used by the US for protecting Washington DC since 2005. NASAMS is owned by seven countries and has been integrated into the US’ National Capital Region’s air defense system since 2005. In addition to the US, it is in service in Norway, Finland, Spain, The Netherlands and one undisclosed country. It is also currently in production for Oman, Raythoen, the manufacturer’s website said.

According to the website of the defence company behind the National Advanced Surface to Air Missile System, the missile shield provides ‘the air defender with a tailorable, state-of-the-art defense system that can maximize their ability to quickly identify, engage and destroy current and evolving enemy aircraft, unmanned aerial vehicle or emerging cruise missile threats.’

The shield is part of new plan to realign VIP-89 area. The said term is used to define VVIP area in New Delhi that includes Rashtrapati Bhavan, North Block and South Block.