PM Modi's Visit To Saudi Arabia In 2016 Qualitatively Transformed The Relationship Between The Countries.

2 pm: Extremism & terrorism are our common concerns. We would like to tell our friend India that we'll cooperate on all fronts, be it intelligence sharing. We'll work with everyone to ensure a brighter future for our upcoming generations, says MBS.

1.59 pm: We know India’s strong position in IT sector. We have invested heavily in the Arab IT sector, says MBS.

1.55 pm: Pulwama attack shows we must fight terrorism and Saudi Arabia is with us, says PM Modi.

1.57 pm: We welcome Saudi Arabia joining the International Solar Alliance. We also discussed how to further strengthen our defence cooperation.

1.52 pm: Saudi Arabia is one of India's most valuable strategic partners. Our relations have grown stronger. I welcome Saudi investment in Indian infrastructure, says PM Modi. 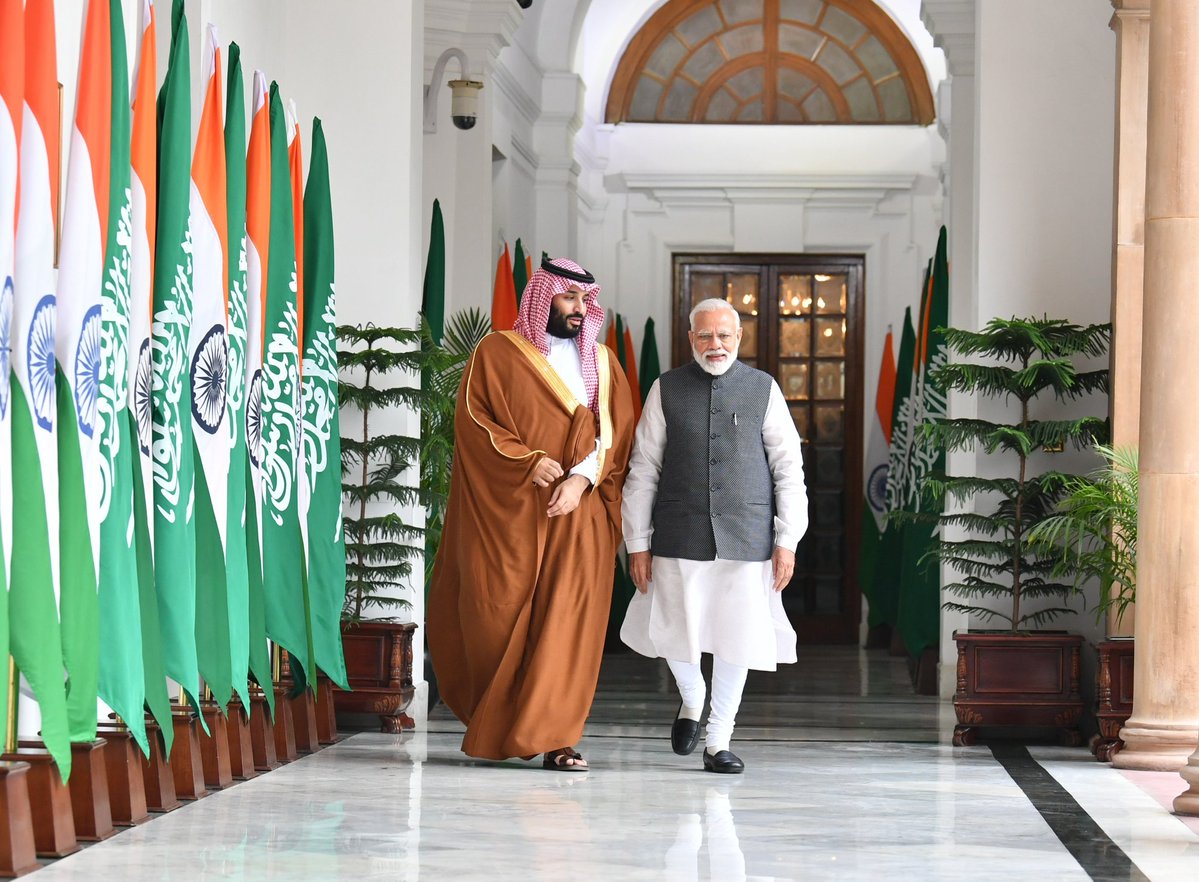