Last Month, The Cricketer-turned-politician Tweeted A Picture With Rahul Gandhi And Announced That He Had Handed His Resignation Letter To Him.

Nearly a month after being divested of the crucial Local Government department in a major cabinet rejig by Chief Minister Amarinder Singh, Congress leader Navjot Singh Sidhu on Sunday officially quit as a Punjab minister.

Taking to Twitter, Sidhu confirmed the news while posting a copy of his resignation letter, which he wrote to then Congress president Rahul Gandhi on June 10. "My letter to the Congress President Shri Rahul Gandhi Ji, submitted on 10 June 2019," the tweet read.

"Respected Sir, I hereby resign as Minister from the Punjab Cabinet," the letter states.

"Will be sending my resignation to the Chief Minister, Punjab," the Congress leader wrote in another tweet.

Will be sending my resignation to the Chief Minister, Punjab.

Last month, the cricketer-turned-politician tweeted a picture with Rahul Gandhi and announced that he had handed his resignation letter to him. Apart from Gandhi and Sidhu, the picture also features AICC general secretary Priyanka Gandhi Vadra and senior party leader Ahmed Patel. 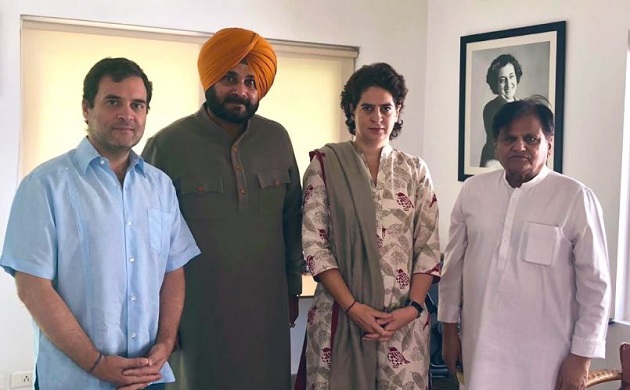 On June 6, Singh removed Sidhu from the Tourism and Cultural Affairs Ministry and gave him the Power and New and Renewable Energy Sources portfolio in the Punjab Cabinet. The cabinet reshuffle took place amid differences between the two, following Congress' poor poll performance in urban areas of the state.

Reacting to Singh's allegations, Sidhu said he has always been a "performer" and claimed that urban areas had played a pivotal role in the party's victory in Punjab.

"I cannot be taken for granted. I have been a performer throughout in 40 years of my life be it international cricket, or world class commentary with Geoffrey Boycott, TV shows or 1,300 motivational talks," he said, adding that his department has been been "singled out".

The simmering tension between the chief minister and Sidhu came out in the open on May 19 when Singh accused him of damaging the Congress' prospects just before the election with his "irresponsible actions".