BDC polls in Jammu and Kashmir recorded a 98.3 per cent turnout becoming the first electoral exercise after New Delhi on August 5 announced abrogation of provisions of Article 370 (Photo Credit: PTI)

The much hyped Block Development Council (BDC) election in Jammu and Kashmir recorded a 98.3 per cent turnout on Thursday becoming the first electoral exercise after New Delhi on August 5 announced abrogation of provisions of Article 370 and decided to bifurcate the state into Union territories - Jammu and Kashmir and Ladakh - hours after Kashmir was placed under a total clampdown. Polling was held in 310 blocks and 1,092 candidates were in the fray.

Prime Minister Narendra Modi while congratulating the winners said, “I congratulate all those who have emerged victorious in the BDC polls across Jammu, Kashmir, Leh and Ladakh (sic).” In another tweet, PM Modi wrote: “It would make India’s Parliament proud that due to their historic decision in August this year, the people of J&K have been able to exercise their democratic right with exceptional enthusiasm, as seen in the historic turnout of 98% that too without violence or disturbance.”

Block Development Councils are organisations in the second tier of Panchayati Raj Institutions (PRIs). On October 24, there were 26,629 electors -- 8,313 women and 18,316 men -- for the polls to elect chairpersons of BDCs. The polls didn’t include the entire Kashmir population and eye-catching catching headlines of nearly 100 per cent participation included just 26,629 electors who were bought to polling stations in bulletproof police vehicles, according to a media report. The highest number of candidates were in North Kashmir's Kupwara district with 101 and the lowest was in South Kashmir’s Shopian was just a mere four.

It was an election like never before. Main regional parties Congress, National Conference (NC) and the Peoples Democratic Party (PDP) boycotted the polls owing to the clampdown in Kashmir. Almost all political leaders have either been arrested or put under house arrest including three former chief ministers. Farooq Abdullah, senior-most Valley politician has been booked under Public Safety Act (PSA), a law that allows detention of a person without trial for up to two years.

At least 4,000 people, mostly young men, have been arrested since August 5, according to sources. Many of them have been sent outside the state. 83 of them alone are in the high security barracks of the Agra Central Jail.

BDC polls set an open field for the BJP. The contest could be best put this way: ‘Of the BJP, By the BJP, For the BJP.’

Tahir Sayeed an additional spokesperson of the Peoples Democratic Party, told News Nation, "How fair polls are possible when the entire leadership is in jail and there is a political vacuum? Panches, sarpanches who participated have a limited political field and they have obvious compulsions with the administration. This in no way portraits normalcy." 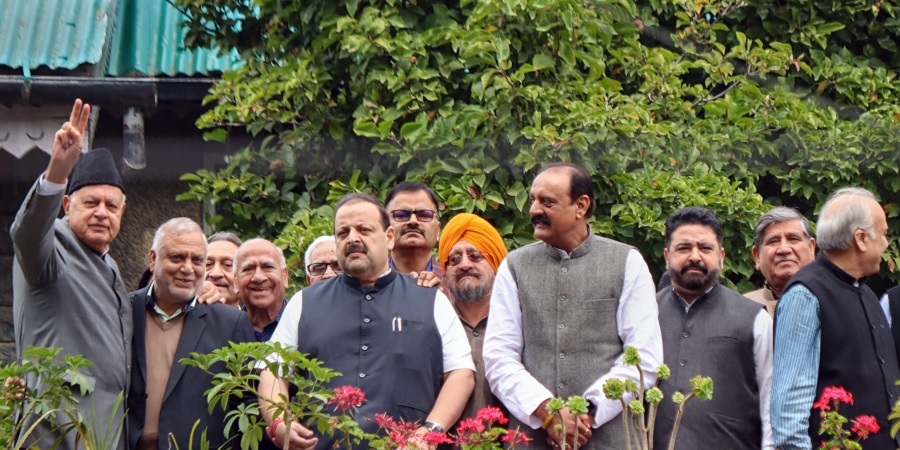 The NC had slammed the decision to hold BDC elections, alleging it is "the biggest mockery of democracy."

BJP’s arch rival party, the Congress had also boycotted the polls. J-K Congress party chief Ghulam Ahmad Mir had said: "We won't participate in the BDC election. How can political parties take part when leaders are under detention? This election is being held to facilitate the victory of only one party.