Of Shut Schools And Blocked Internet: Kashmir In 2019

Amit Shah Rose From His Chair And Walked On To The Steps Of Rashtrapati Bhawan To Take Over The Reins Of Ministry Of Home Affairs. In Him, The Nationalists Saw A Firm Resolve To Fulfill BJP’s Manifesto While The Kashmiris And Those Living In Northeast States Sensed A ‘creative Disruptor’.

Amit Shah rose from his chair and walked on to the steps of Rashtrapati Bhawan to take over the reins of Ministry of Home Affairs. In him, the 'nationalists' saw a firm resolve to fulfill BJP’s manifesto while the Kashmiris and those living in Northeast sensed a ‘creative disruptor’. Disruption has been done with creation at its very genesis. Now, Kashmir is in slumber, a deep sound slumber. They say it has just been operated. The year 2019 has been one of the dramatic political eruptions in Kashmir where India and Pakistan escaped coming to blows albeit the dogfight when they exchanged aerial punches. From Pulwama and Balakot airstrikes to New Delhi's move to 'integrate' Valley, Kashmiris happened to be the punching bag.

Home to about 7 million people, the Valley is locked off from the world for the last five months. Phones fell silent on August 5 and buzzed back to life after a gap of 72 days on October 14. Over 25 lakh prepaid mobile phones and internet services, including WhatsApp, remain deactivated for now. At present, over 500 top political leaders, including former chief ministers are under detention, either in jail or under house arrest. What led to the situation, Kashmir currently finds itself in. How long it will take for the Valley to recover?

It all began when 'Chillai-Kalan', the traditional harshest 40-day period of winter in Kashmir was in its last leg. With winter bidding adieu, the ‘temperature’ in the Valley was set to go north. As on February 14, at least 42 CRPF personnel were killed in one of the deadliest attacks in Jammu and Kashmir's Pulwama district when a Jaish suicide bomber rammed a vehicle carrying over 30 kg of explosives into their bus. 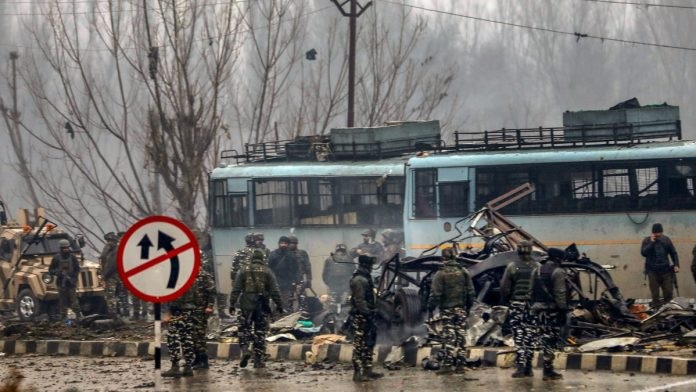 More than 2,500 Central Reserve Police Force personnel, many of them returning from leave to rejoin duty in the Valley, were travelling in the convoy of 78 vehicles when they were ambushed on the Srinagar-Jammu highway at Latoomode in Awantipora in South Kashmir.

A day after, a fleet of Pakistani fighter jets attempted to target various military installations in Jammu and Kashmir. This was followed by a dogfight. Pakistani Army captured Indian Air Force (IAF) Wing Commander Abhinandan Varthaman as his MiG-21 Bison jet was hit in fierce aerial combat in the subcontinental skies. India claimed to have shot down a Pakistan F-16 jet.

Varthaman was released on the night of March 1 by Pakistan as a "goodwill gesture".

In the aftermath of the attack in Pulwama, Kashmiris across the country were harassed and attacked by the right-wing extremists. The videos of the attacks went viral on social media. The assailants were seen asking them if they are terrorists or if their relatives in Kashmir are terrorists and go around killing Indian soldiers. The attackers in one of the videos were seen forcing the students to shout slogans like 'Vande Mataram' and 'Hindustan Zindabad'. 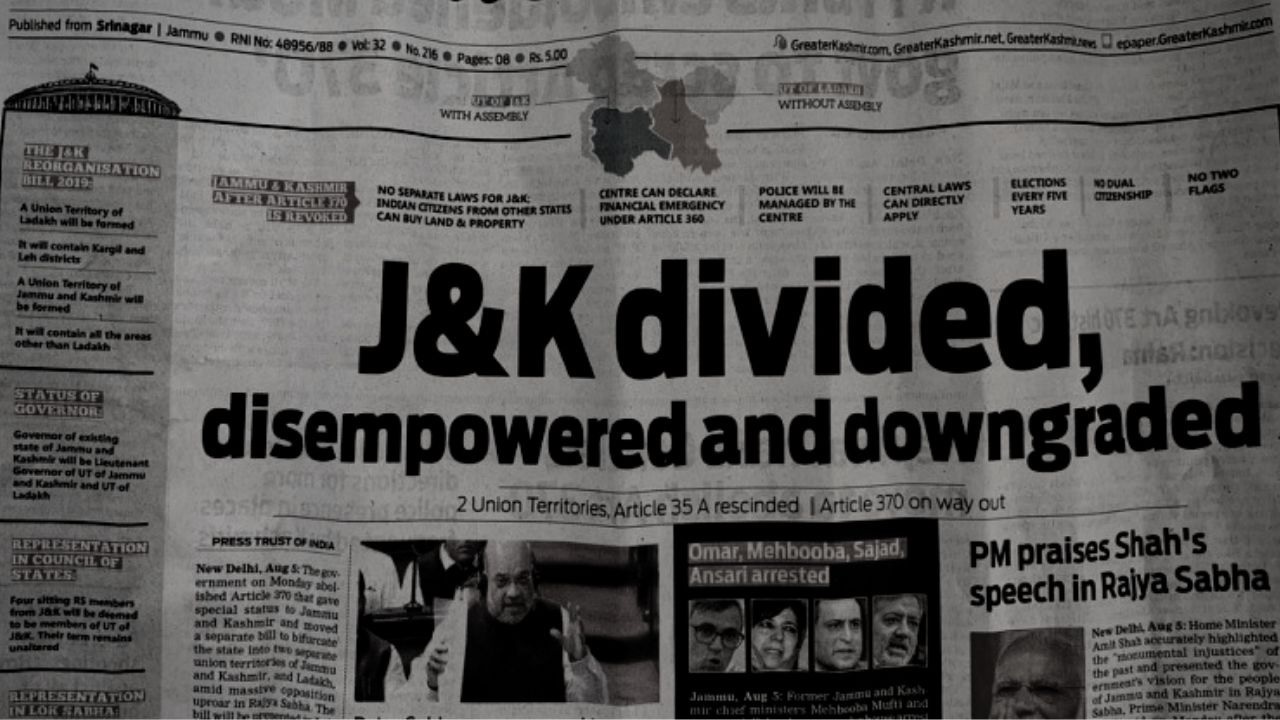 In less than a week, Centre has decided to move additional 38,000 troops to the Valley. The Air Force and Army were put on high operational alert. Scrapping special status could be a part of the plan. Kashmir was abuzz with rumours. Speculations grew after Union Home Minister Amit Shah's pointed statement in Parliament that Article 370 "temporary in nature" and "not permanent" even though the matter is pending in court. The government to ease tensions said that additional troops have nothing to do with Valley's special status, these are precautionary measures in view of terrorist threats.

The Jammu and Kashmir government asked Amarnath Yatris and tourists to immediately make necessary arrangements to cut short their stay in the Valley and return as soon as possible in the wake of intelligence inputs of "specific terror threats" to the pilgrimage. All the non-local students carrying their luggage were seen waiting for buses to ferry them outside the Valley. The Indian armed forces said that specific intel inputs have exposed Pakistan Army's attempt to target the Amarnath Yatra.

Everything was put to rest after New Delhi on August 5 announced abrogation of provisions of Article 370 and decided to bifurcate the state into Union territories - Jammu and Kashmir and Ladakh - hours after Kashmir was placed under a total clampdown. The two Union territories came into existence on October 31.

Quick on the heels of decision, at least 4,000 people, mostly young men, were arrested. Many of them were sent outside the state. 83 of them alone were lodged in the high-security barracks of the Agra Central Jail. Former chief ministers of the erstwhile state, Mehbooba Mufti and Omar Abdullah were arrested by security forces. Both Mufti and Abdullah were put under house arrest a day before. Farooq Abdullah, senior-most Valley politician was booked under the Public Safety Act (PSA), a law that allows detention of a person without trial for up to two years. There were hundreds of incidents of stone-pelting in the wake of the Centre's move but the strict implementation of curfew meant that large gatherings were avoided.

There is no word on when internet services will be restored, the blackout is nearing its fifth month. The business community and students are the worst sufferers due to internet blackout. Hundreds of students, who aspire to appear in various competitive examinations, have to make frequent visits to the internet kiosks set up in offices of deputy commissioners of various districts and some educational institutions. 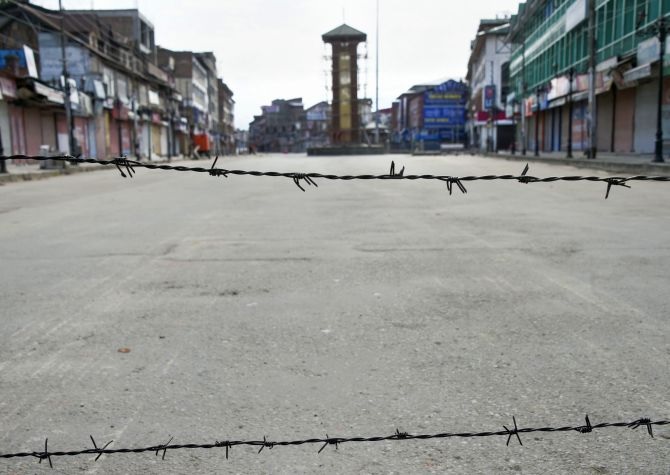 (A view of a deserted street during restrictions at Lal Chowk in Srinagar. Photo credits: PTI)

The lockdown has cost Kashmir economy more than US Dollar 2.4 billion which roughly translates to Rs 24,000 lakhs. Tourism, for decades a mainstay of Kashmir’s economy has been badly hit. "In the last 120 days, we have witnessed how each and every sector has bled ... we fear this crisis will further intensify in 2020," Shiekh Ashiq president of the Kashmir Chamber of Commerce and Industry (KCCI), had told news agency Reuters. The loss in services, industries and agriculture and other services amounts to Rs 9,191 crore, Rs 4,095 crore and Rs 4,591 crore, respectively, according to the report. “There is a feeling amongst local stakeholders of exclusion and marginalisation. Kashmiri's economic interests appear to be in harm’s way and the continuation of the present situation only leads towards distress sales of assets and bankruptcy,” the report said. The report also sought immediate release of prisoners representing the political, constitutional, religious, civil and business leadership of Kashmir.

Millions Out Of Schools 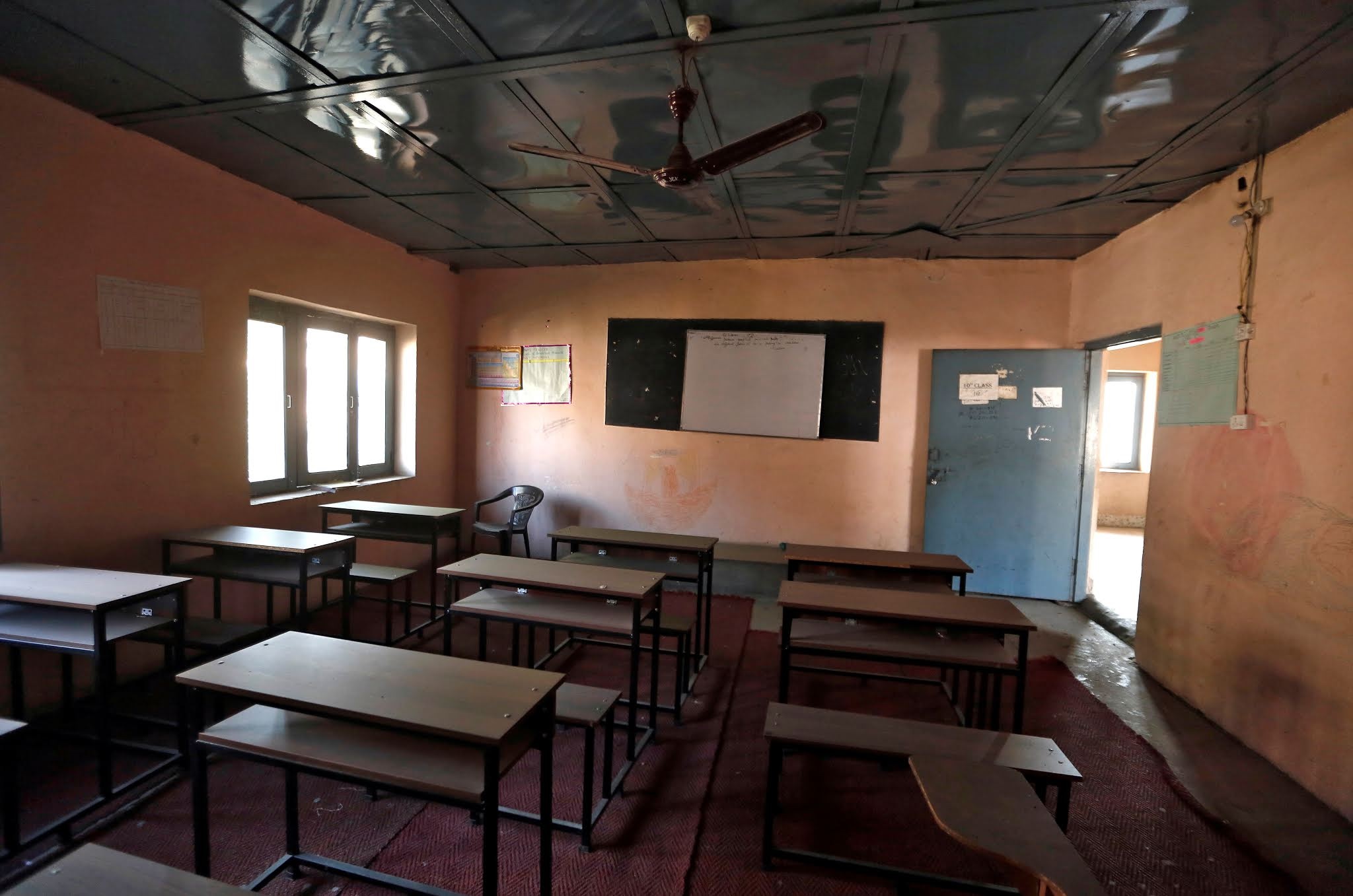 Kashmiris see their education put at risk and being militarised. Classrooms once populated by students were seen serving as a shelter for hundreds of the paramilitary troopers, who were stationed in Kashmir following the abrogation of special status. The subsequent spontaneous shutdown, restrictions and information blockade ensured that the students stay away from their schools and colleges for nearly 7 months this year. However, to display normalcy examinations were held according to schedule. The parents are reluctant to send their children to schools or colleges as they fear for their safety.

The First and Lasts Of Kashmir in 2019

Girish Chander Murmu, a senior IAS officer, who worked closely with Prime Minister Narendra Modi in Gujarat was appointed as first Lt Governor of the erstwhile state. Satya Pal Malik became the last Governor of the state. The much-hyped Block Development Council (BDC) election became the first electoral exercise to take place after scrapping of special status. It was an election like never before. Main regional parties Congress, National Conference (NC) and the Peoples Democratic Party (PDP) boycotted the polls blaming the clampdown. BDC polls set an open field for the BJP.