On China's National Day, Officials Of Indian And Chinese Armies Meet At Nathula Pass 'With Lot Of Warmth'

Apart From Nathula Pass, India And China On Held Border Personnel Meetings At Four Other Places, Including Kibithu In Arunachal Pradesh And Chishul In Ladakh.

On the occasion of China's National Day, senior military officials of the Indian and Chinese PLA held a meeting "with a lot of warmth" at Nathula Pass in Sikkim on Tuesday. According to an Army official, Nathula Garrison Commander AS Dadwal led the delegation of the Indian Army officers to the Chinese side of the border at Nathula pass around 10 am.

"Senior Colonel Yuan was leading the Chinese delegation at the BPM (border personnel meeting). First there was an informal interaction over two rounds of tea," the official said, adding then there was a round-table discussion where the Indian delegation's leader wished his Chinese counterpart on their National Day.

Apart from Nathula Pass, India and China on held border personnel meetings at four other places, including Kibithu in Arunachal Pradesh and Chishul in Ladakh. The officials of both countries exchanged pleasantries. 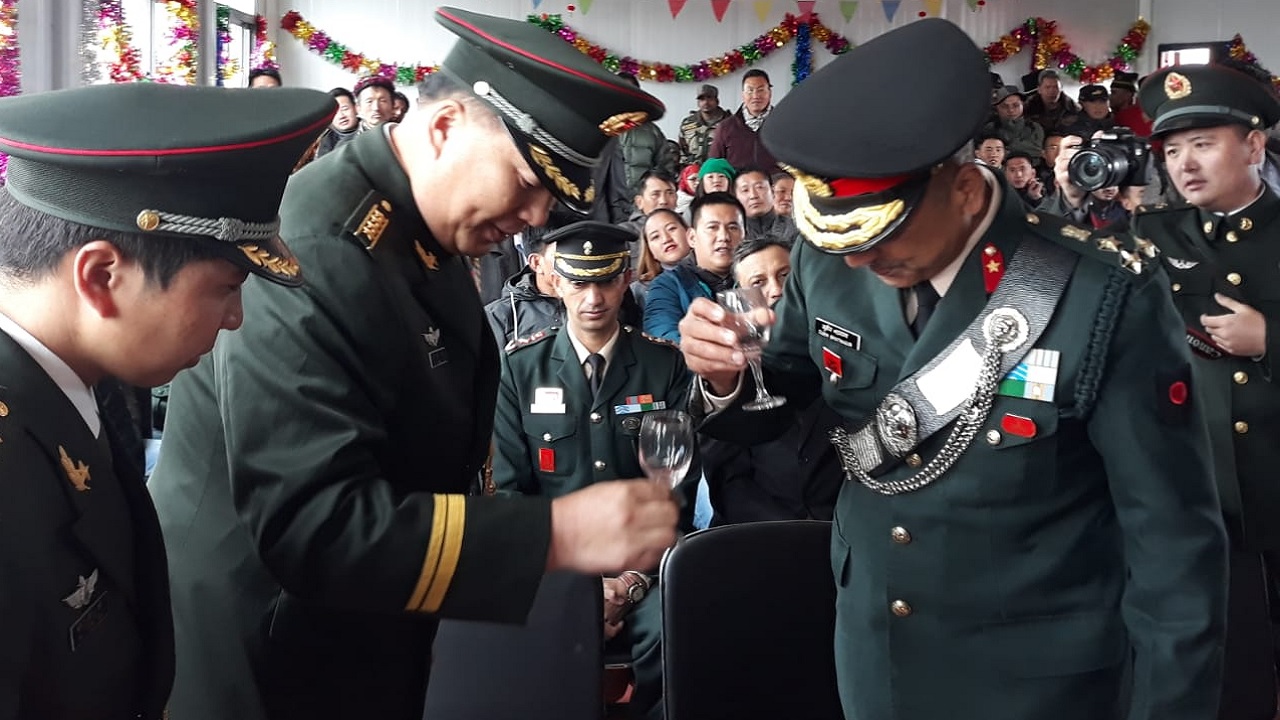 "This meeting was held with a lot of warmth. I have attended many BPMs. But a lot of warmth was shown this time with small gestures," the official said.

After the meeting, there was a cultural programme for around 45 minutes. The meeting between the military officials of the two nations has come days before the three-day India visit of Chinese President Xi Jinping.