Modi Released The Commemorative Rs 150 Coins During A Special Event Held In Ahmedabad To Mark The Sesquicentennial Birth Anniversary Of Mahatma Gandhi. 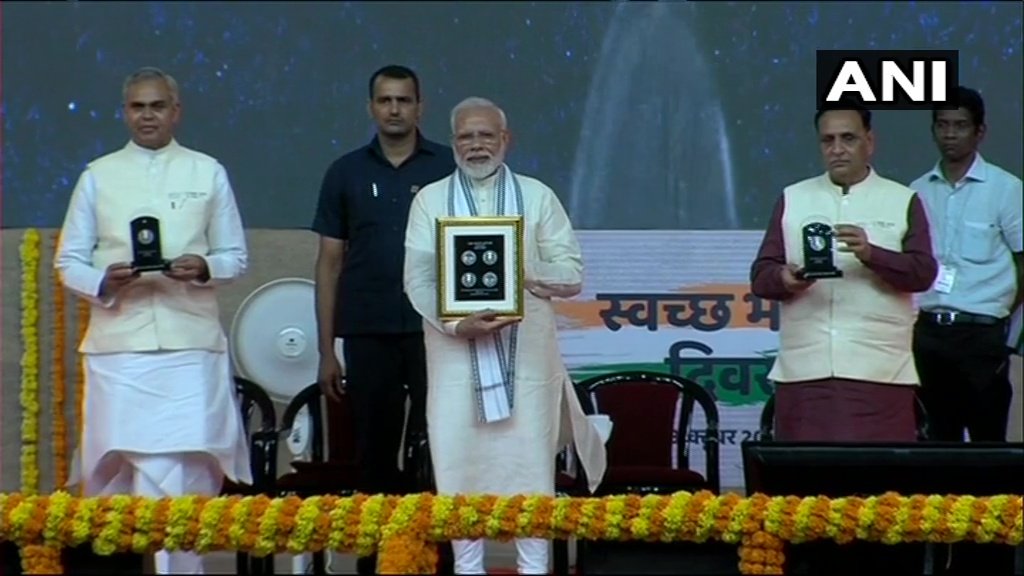 The prime minister praised their efforts of the village heads in making India open defecation free. Modi said that he was satisfied as Gandhi's dream of 'Swachh Bharat' (Clean India) was fulfilled on the ocassion of his 150th birth anniversary.

"Today rural India and its villages have declared themselves 'open defecation free'. Sanitation, conservation of environment and animals, all these things were dear to Gandhi ji," he said.